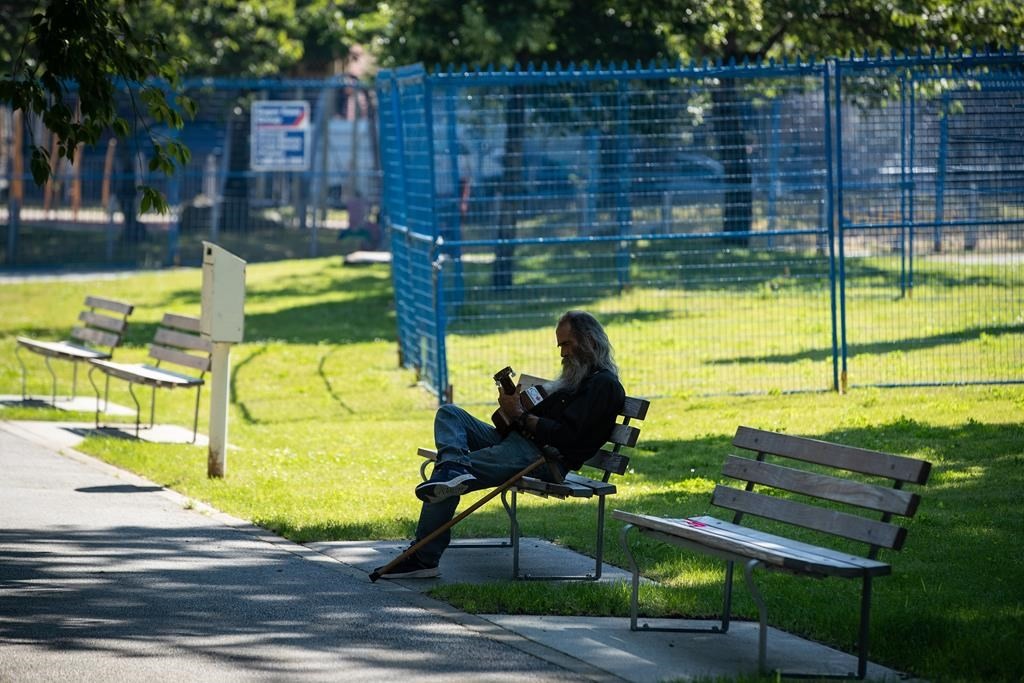 A man playing a guitar sits on a bench in the shade at Oppenheimer Park shortly after it was reopened in the Downtown Eastside of Vancouver, B.C., on Monday, June 28, 2021. File photo by The Canadian Press/Darryl Dyck
Previous story
Next story

A sizzling heat wave during the last week of June in Western Canada left little unsinged, including fragile glaciers that are already melting at an accelerated pace, experts say.

Dozens of temperature records were shattered during the period, including a Canadian record of 49.6 C in Lytton, B.C., the day before fire destroyed most of the community.

Brian Menounos, the Canada Research Chair in glacier change at the University of Northern British Columbia, said even at elevations of 3,000 metres, it was about six degrees above average.

"Warmer than anything we've seen, so it was clearly a warm, quite a warm event."

He and other scientists are working on quantifying the glacier melt caused by the heat wave, Menounos said.

Most of the glaciers in Alberta and B.C. mountains "haven't been in a good state" and are projected to disappear by the end of the century due to greenhouse gas emissions and climate change caused by human activity, he said.

Jeffrey Kavanaugh, an associate professor from the faculty of science at the University of Alberta, estimated the ice melt during June's so-called heat dome on the Wapta icefield was three times what was normal over the past dozen years. The Wapta icefield is the source of the Bow glacier and river.

He looked at data from June 25 through July 4, and compared it with temperatures for the same interval over the previous 12 years.

The temperature only dipped below zero once in that time; all other nights it remained as high as 7.5 C.

"Because the increased melt during the heat dome event melted away the snowpack in many places and exposed glacier ice, this changed the melt rate for the rest of the summer," Kavanaugh said.

"So, melt will be increased compared to a normal summer. Even if temperatures are normal, we'll still see more melt the rest of the summer than we would have otherwise. It's an impact that will carry on at least until the snow falls and covers the glaciers again."

Menounos said the heat coincided with the summer solstice, when the northern hemisphere gets the "maximum energy" from the sun.

"It was really kind of a one-two punch."

Smoke from the hundreds of fires burning in the province is an added problem, with soot that increases melting and a smoke cover that reduces sunlight but also traps heat to increase thawing of glaciers, he said.

"It's a complicated research topic that many people are starting to study and try to better understand," Menounos added.

This rate of glacier melt is usually seen in late July and August, he said.

Glaciers will see a "longer melt season" if temperatures continue to remain above normal, he noted.

"Glaciologists are concerned any time you get conditions that are going to sustain melt for, you know, substantial amounts of time."

By Alexander C. Kaufman | News | July 6th 2021
Reports from the Race to a Safer World

How will Earth handle the global glacial meltdown?

Glaciers in Western Canada retreat because of climate change: experts