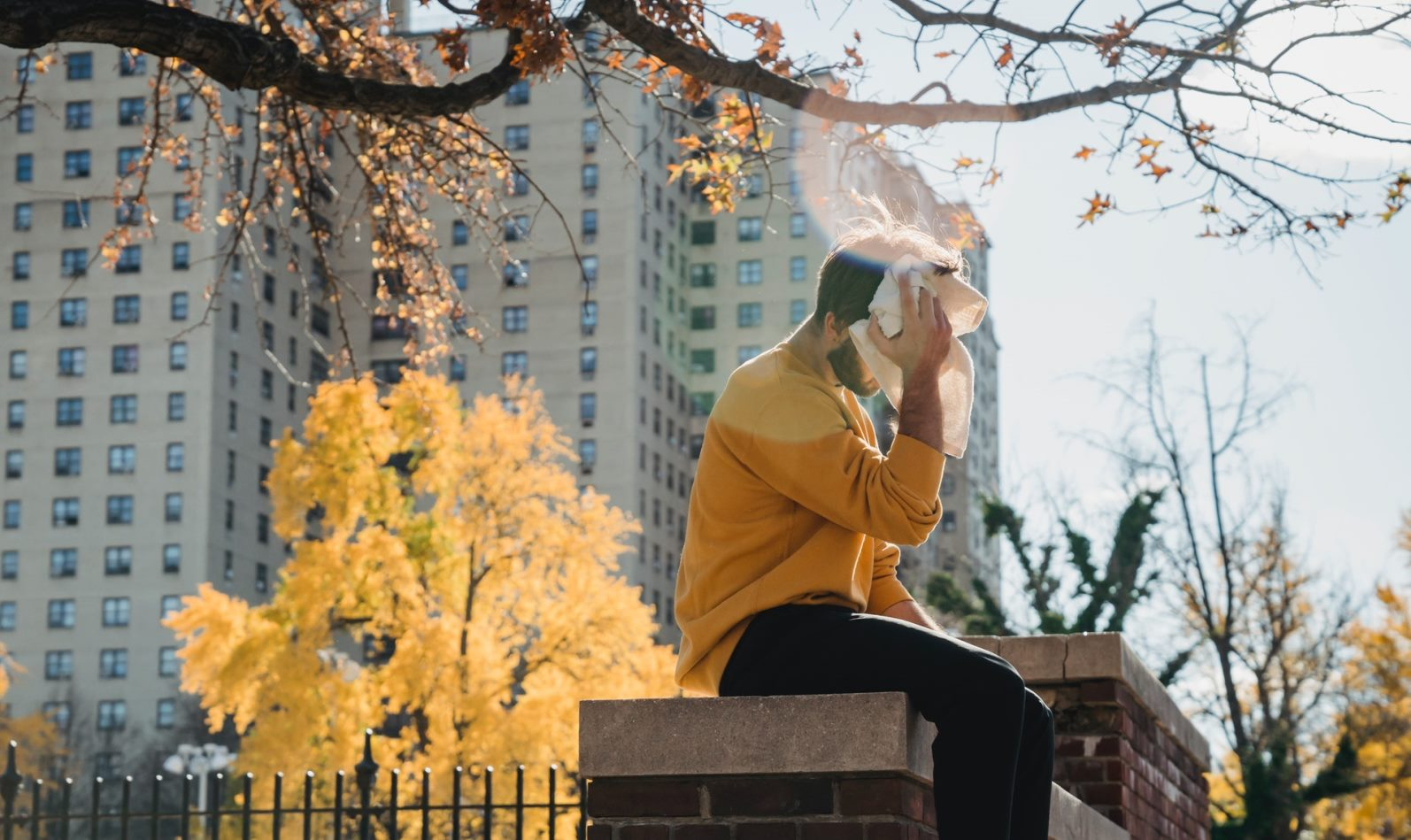 A man wipes sweat off his face. Photo by Mary Taylor / Pexels
Previous story
Next story

The heat dome roasting millions of people across the Pacific Northwest and swaths of Canada, sending temperatures in usually temperate places into record-breaking triple digits, has already claimed hundreds of lives. And those are just the ones we can count so far.

The Pacific Northwest heat wave has been smashing records.

Climate change has increased average temperatures 2 F over the past century, making heat waves like this one more frequent and intense than at any point in recorded history. As the heat soars, so too does the death toll. A worldwide study published last month in the journal Nature Climate Change found global warming responsible for 37 per cent of heat-related deaths between 1991 and 2018. As temperatures tick ever higher, that figure may well rise.

The following is what happens if you’re one of the next people whom extreme heat kills, according to W. Lawrence Kenney, an expert in human thermoregulation at Penn State University.

First, your brain sends a series of messages to your sweat glands telling them to ramp up sweat production. Then, your heart starts beating faster to pump blood to the skin while blood flow is also directed away from your liver, kidneys and gut. That’s your body attempting to make your skin hotter than the air outside, in hopes of creating a convection phenomenon that moves heat away from you. Sometimes, that alone is enough to create problems for a weak or aging heart.

If heat stroke occurs, your body might get so hot and divert so much oxygen-rich blood to the skin that it suffocates those vital internal organs, which become hypoxic. Surviving the organ failure that follows might require an emergency transplant.

If your body fails to cool you down, its internal temperature might start to climb from a normal level of between 97 F and 99 F to somewhere closer to 104 F or 105 F.

“These are the situations where people die of classical heat stroke,” Kenney said during a phone interview Thursday.

Heat can kill anyone. But it’s most likely to kill you if you’re older than 65 or have heart problems. Add to that being poor. #HeatWave #HeatStroke #HeatDome

At that temperature, the tissues in the brain become affected. You may feel it start as a dull headache. Before long, you might not know where you are or what time it is. You might collapse. You may lose consciousness. Your brain might hemorrhage or begin to swell.

While you struggle to stay awake and avoid dizzying confusion, the excessive internal heat is taking a toll on your gut. The gastrointestinal barrier that keeps bacteria out of your bloodstream, a fence of proteins known as a tight junction, starts opening the microbial floodgates, unleashing endotoxins into the blood. Your body will likely trigger an inflammatory response. Left untreated, what follows is a cascade of organ failure that leads to all but certain death.

And that’s just part of what we know about how extreme heat kills you.

“It’s important for people to understand that there’s still a lot we don’t know about heat stroke and who’s most susceptible to it,” Kenney said. “That’s because we can’t ethically study it in humans in the laboratory. A lot of what we know comes from studies on animal models, like mice and rats, or from postmortem examinations of people who have died of heat stroke.”

Heat can kill anyone. But it’s most likely to kill you if you’re older than 65 or have heart problems.

Add to that being poor ― a person renting an apartment in a rundown complex with no air conditioning, the sort of place the local news calls “unlivable” ― and heat might just kill you and your neighbour in a single day.

We are learning more about how to avoid overheating. A 2019 study by University of Sydney researcher Ollie Jay found that electric fans cooled body temperatures and reduced cardiovascular strain in hot, humid weather. But, in dry heat, fans actually increase body temperature, meaning access to air conditioning is crucial.

But the best assurance against dying of extreme heat is likely averting the rise of global temperatures. Last year tied 2016 for the hottest ever recorded worldwide. Despite a brief drop in planet-heating emissions as the COVID-19 pandemic shuttered factories and idled cars, we’re on track to see global temperatures increase this century by roughly 5.4 F above pre-industrial averages. Changing that trajectory requires rapidly and drastically reducing fossil fuel use and finding ways to remove more carbon from the atmosphere than we spew. Efforts so far have remained woefully insufficient. Global oil demand, the Organization of Petroleum Exporting Countries predicted last month, will jump by five million barrels per day in the second half of 2021 compared to the first six months.

W. Lawrence Kenney: “That’s because we can’t ethically study [heat stroke] in humans in the laboratory. A lot of what we know comes from studies on animal models, like mice and rats."
*
The mice and rats would argue that we can’t ethically study heat stroke on them either.
Mice and rats and rabbits and dogs and cats and cows and sheep and chickens and horses … are not people. Ergo, they are expendable. Their lives and suffering do not matter. Classic speciesism.
Only one species matters — ours. Other species are unimportant. And within our species, only some groups matter. Mine. Other species and other human tribes stand outside my ethical boundaries and concern. Like mice and rats, the poor are dispensable. Endless circles of exclusion.