Ottawa buying nearly $1B of used icebreakers from Quebec shipyard 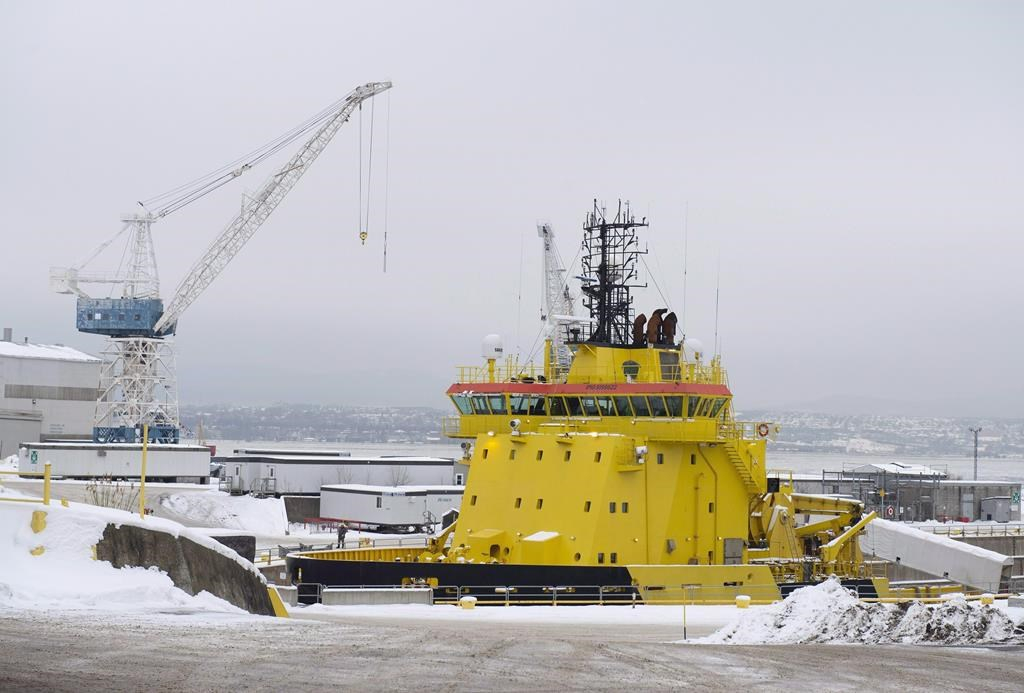 A ship sits in dry dock at the Davie shipyard in Levis, Que., on Friday, Dec. 14, 2018. File photo by The Canadian Press/Jacques Boissinot
Previous story

The cost of three second-hand icebreakers that the federal Liberal government is buying from Quebec shipyard Chantier Davie is inching closer to the $1-billion mark as Ottawa keeps quietly adding money to the controversial deal.

The most recent cash infusion came last week as the government handed Davie another $68.9 million to continue converting and upgrading the icebreakers, bringing the total cost for the three vessels to more than $912 million.

That represents a significant increase over the original $610-million price tag announced by the Liberals when they agreed to purchase the three Norwegian-built civilian icebreakers for the Canadian Coast Guard in August 2018.

Both Davie as well as the Fisheries Department defended the added costs and the overall deal in separate statements, saying the agreement will deliver much-needed vessels for the coast guard to use until brand-new replacements can be built.

The Quebec shipyard and Ottawa are currently negotiating a deal for Davie to build six new medium icebreakers in the coming years as part of the federal government’s multibillion-dollar shipbuilding procurement strategy.

Davie spokesman Mathieu Filion says the shipyard has delivered two of the interim icebreakers while the third is undergoing conversion work. The Fisheries Department says it won’t be delivered until next summer — four years after the deal was signed.

The icebreakers “are already filling a major strategic gap in Canada’s icebreaking capability when it is most needed,” Filion said in a statement. “The unacceptable alternative was to wait several years for a new fleet to be delivered.”

He added that any cost increases were agreed to “in full transparency” with the government.

“The refit and conversion work on the medium interim icebreakers will allow the coast guard to continue delivering its services during vessel life extension and repair periods for existing vessels while new ships are being built, ensuring operational requirements are met.”

One expert says the added costs shouldn’t come as a surprise given what he sees as the political nature of the deal. Prime Minister Justin Trudeau announced negotiations for the deal during a radio interview in Quebec City in early 2018.

“It was a vote-getting mechanism,” said University of Calgary professor Rob Huebert, one of Canada’s foremost experts on the Arctic and Canadian Coast Guard. “Because at the end of the day, we're going to spend just as much on these second-hand vessels (as new ones).”

Trudeau’s announcement did coincide with concerns about a shortage of icebreakers given the age of the coast guard’s existing fleet and the fact the government has yet to complete a plan for when and how it will replace them.

But it also followed an intense lobbying campaign by Davie, the Quebec government and federal opposition parties for Ottawa to give the shipyard work, and Trudeau’s on-air announcement surprised many — including the company and coast guard officials.

A senior coast guard official later told The Canadian Press in an interview that the three “interim” vessels, which were purchased without a competition, would be used for the next 15 to 20 years.

Huebert suggested the deal represented the latest in a trend of federal politics playing a role when it comes to the purchase of new ships for the Royal Canadian Navy and coast guard, with the latter repeatedly having those kinds of calculations superseding operational necessity.

That includes the Liberal government’s decision to order two naval Arctic patrol ships from Halifax-based Irving Shipyards for the coast guard, even though the agency responsible for managing Canada’s waterways didn’t want them.

Huebert also cited the Liberals’ recent decision to have Davie and Vancouver-based Seaspan each build a new polar icebreaker in the coming years, a move that will improve both shipyards despite the added costs of farming such work to two yards instead of one.

“So you put the entire picture together, and you have one in which the decisions are being made to create the coast guard fleet that are really being built on what is best for the Liberal party, not what is best for Canada,” he said.

“And the fact that these are just going to cost more and more — I think most people knew that was going to be happening — illustrates this whole point.”

Coast Guard planning to use 'interim' icebreakers from Davie for decades