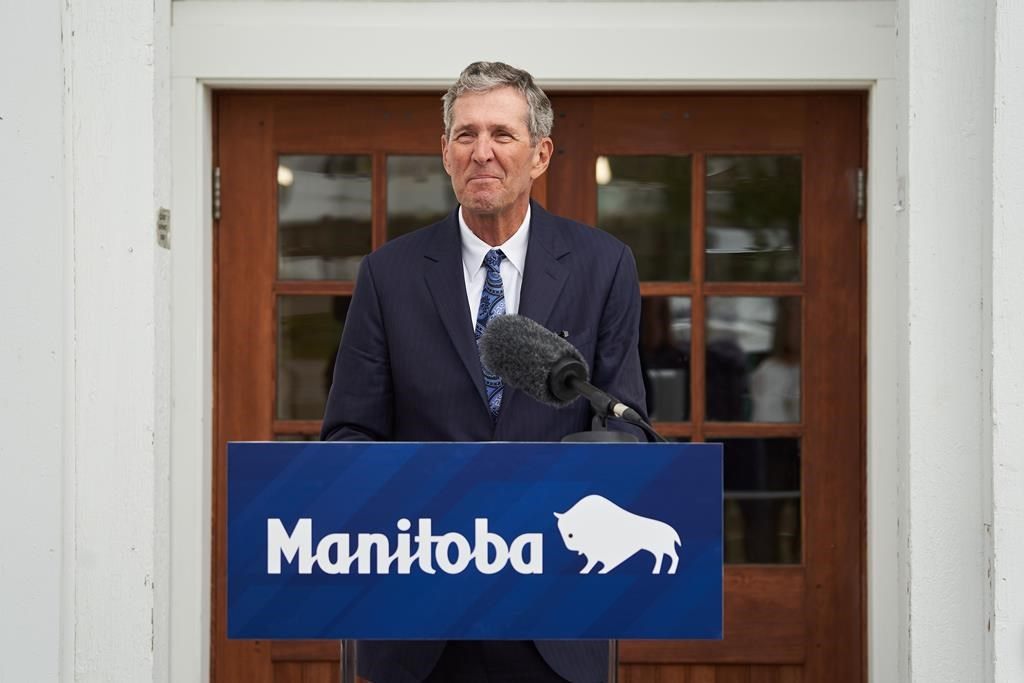 Manitoba Premier Brian Pallister says he won't seek re-election and a new Progressive Conservative leader will be chosen before the next provincial election.

"After almost 10 years as leader of our party and more than five years as our province's premier, I believe that now is the time for a new leader and a premier to take our province forward," Pallister said Tuesday during a caucus retreat in Brandon, Man.

Pallister, 67, said the decision was not easy but it was right for the party, his family and the province.

"I don’t think there’s a better time than now for me to step aside."

Pallister hinted for nearly a year that he might leave office before the next election, which is slated for October 2023, and said he was staying on to deal with the COVID-19 pandemic.

Pressure for his exit recently began to mount after he came under fire for comments he made about Canadian history. He apologized last week for saying in July that people who came to Canada before and after it became a country did not come to destroy but to build.

Some Progressive Conservative caucus members have also distanced themselves from Pallister's remarks.

NDP Opposition Leader Wab Kinew said he believes those comments are the reasons for Pallister's departure and criticized the premier for "quitting during the pandemic."

"It's not just been about Mr. Pallister. It's been the entire PC caucus and his party that has supported his decision every step of the way that has caused Manitobans so many problems these past few years," Kinew said.

Grand Chief Arlen Dumas of the Assembly of Manitoba Chiefs said he would not be thanking the premier for his years of service.

"While we always wish to be respectful and diplomatic, the hurt our citizens faced and still face by repeatedly hearing his comments remains far too raw, and for that reason, we cannot truly thank the premier as he steps aside," Dumas said in a statement.

Manitoba Liberal Leader Dougald Lamont said it is clear Pallister was stepping aside under pressure but wished him and his family a happy retirement.

"Ultimately when it comes to politics we are opponents and not enemies. Politics is a tough business," Lamont said.

Tuesday's announcement now sets off movement within the party to find a new leader. Pallister has not indicated if he will stay on as a member of the legislature or if an interim leader will be needed until a new one is chosen.

Progressive Conservative Party President Tom Wiebe said the executive council will meet in the coming days to determine leadership contest rules. The party’s constitution states the next leader is to be chosen by all party members on a one-member, one-vote basis.

"I would like to thank Premier Pallister for all he has done for Manitobans," Wiebe said in a statement. "Since becoming leader, he worked tirelessly to build our party and unite us in our efforts."

Pallister ran unopposed for leader in 2012, after spending years in provincial and federal politics, and drove his team hard to boost memberships and volunteers.

His hard-driving approach won him few friends but filled the party's coffers and helped guide the Tories to the largest majority government in a century in 2016.

Pallister has prided himself in not shying away from a fight.

He took on public-sector unions and implemented a wage freeze as he promised to end nearly a decade of deficits. He drew ire from the Manitoba Métis Federation after cancelling a $67.5-million payment agreement that was aimed at securing the federation's support for hydroelectric developments.

Pallister was re-elected with a smaller but still substantial majority in 2019, and he recorded a balanced budget in the 2019-20 fiscal year.

But his popularity dropped sharply as Manitoba dealt with surging COVID-19 infections and hospitalizations. At the same time, the premier faced public anger over a plan to reform the education system.

Recent opinion polls have suggested Tory support has dropped far back that of the New Democrats, especially in seat-rich Winnipeg.

"It has always been about doing the right things."

Pallister said he is confident in the Progressive Conservative team and whoever is chosen as the next leader will be poised to help the province recover from the pandemic.

"I believe that now is the time for a new leader and a premier to take our province forward," he said.

"The honour of my life has been serving as your premier. Manitobans have gifted me with a great privilege."

— With files from Steve Lambert and Brittany Hobson in Winnipeg

This story by The Canadian Press was first published on Aug. 10, 2021.