Lheidli T’enneh First Nation has a simple message for Enbridge: Get out 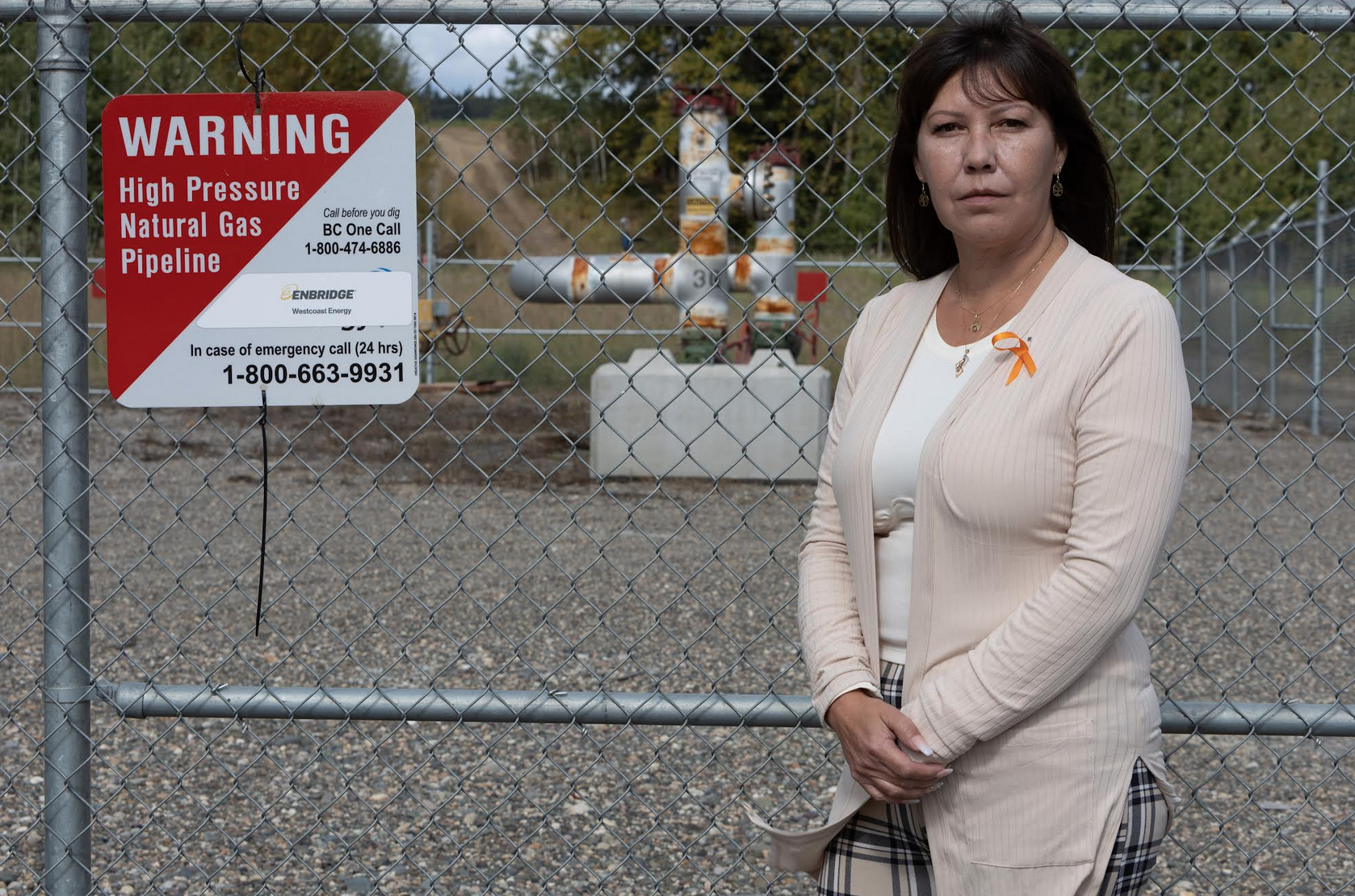 Lheidli T’enneh First Nation (LTFN) elder Phyllis Seymour remembers hearing a loud explosion, watching a fireball across the field from her shaking house, and rushing door to door to evacuate her community as ash fell like “black petals.”

The scene was caused by a natural gas pipeline explosion less than a kilometre away from the nation’s reserve, and within its unceded territory, about 13 kilometres north of Prince George, B.C., on Oct. 9, 2018. The pipeline is owned by Calgary-headquartered fossil fuel giant Enbridge, which refers to the explosion as the Shelley incident because of its proximity to that community.

“Everybody was shouting and screaming and scared, but we didn't know what to do,” Seymour said at a press conference Tuesday.

“My granddaughter Emily (was) screaming and crying, the look in her eyes I will never forget,” she said. “When she saw me leaving and going back into the reserve to help members, she kept screaming at me, ‘Grandma, come back, come back, let's go,’ but I knew I had to go back to help our elders, (and) our membership (who) didn't have vehicles to get out to safety.

“My message to Enbridge is simple: We want that pipeline to be moved so our members can sleep better at night knowing they're going to be safe,” she said, calling the explosion traumatic to the community.

On Tuesday, the LTFN sent letters to both B.C. Minister of Natural Resources Katrine Conroy and federal Minister of Crown-Indigenous Relations Carolyn Bennett calling on the two Crown governments to support its request to have Enbridge’s T-South pipeline routed off its reserve territory.

“To this day, the giant fireball, flying debris, shaking of buildings, and remnant burn crater weigh heavily on the minds of many members. It has left them living in fear due to their homes’ proximity to the Enbridge pipeline,” the letter reads.

As the three-year anniversary of the blast marches closer, LTFN Chief Dolleen Logan says she is tired of “being put on the back burner” by Enbridge.

“They have patience, but I've finally lost mine... We want this ended,” she said.

As the three-year anniversary of a pipeline explosion marches closer, Lheidli T’enneh First Nation Chief Dolleen Logan says she is tired of “being put on the back burner” by Enbridge and wants the company out. #cdnpoli

“I strongly believe that it's time Enbridge got with the reconciliation program and started treating our nation with respect.”

Enbridge says it values its relationship with the LTFN and is committed to strengthening that relationship, but the company did not answer questions about if it would comply with the nation’s request to reroute the pipeline off its reserve.

“As always, we are happy to meet with the Lheidli T’enneh First Nation or any government agency to discuss the safety of the pipeline system or any other matter, including the small segments of pipeline that traverse their reserve.”

LTFN’s lawyer Malcolm Macpherson said the nation is pursuing a strategy of trying to compel the B.C. government to revoke Enbridge’s permits, citing public safety. It’s a strategy inspired by Michigan Gov. Gretchen Whitmer, who pulled Enbridge’s permit that allowed the Line 5 pipeline to cross under the Straits of Mackinac, which connects Lake Michigan to Lake Huron.

“Human life could've been lost on Oct. 9, 2018, and indeed, within two years of the explosion, a woman was killed in an Enbridge gas pipeline explosion in Kentucky,” Macpherson said.

Macpherson said the nation simply doesn’t trust Enbridge to operate the pipeline safely, and said, “It’s time for you to leave, and soon.

“If Enbridge continues to act with impunity, the reality is that it risks further erosion of its brand and social licence to operate in British Columbia,” he said.

Tk’emlúps te Secwépemc Chief Rosanne Casimir and Xatśūll Development Corporation (XDC) both wrote letters of support for LTFN. The XDC is a limited partnership between the Xatśūll First Nation and industry stakeholders, like Suncor, CIF Construction, and others.

“The XDC has had similar concerns and frustrations in dealing with Enbridge. The T-South line runs through the heart of Xatśūll reserve land and traditional territory,” wrote XDC CEO Howard Campbell.

“XDC is currently exploring legal options … regarding Enbridge’s seemingly lack of interest in hearing First Nation concerns and actual follow-through on items which are important to First Nation organizations and their people,” he added.

Conroy’s office confirmed it received the letter and said it was reviewing it, but called it a federally regulated pipeline.

Bennett did not return a request for comment by deadline.