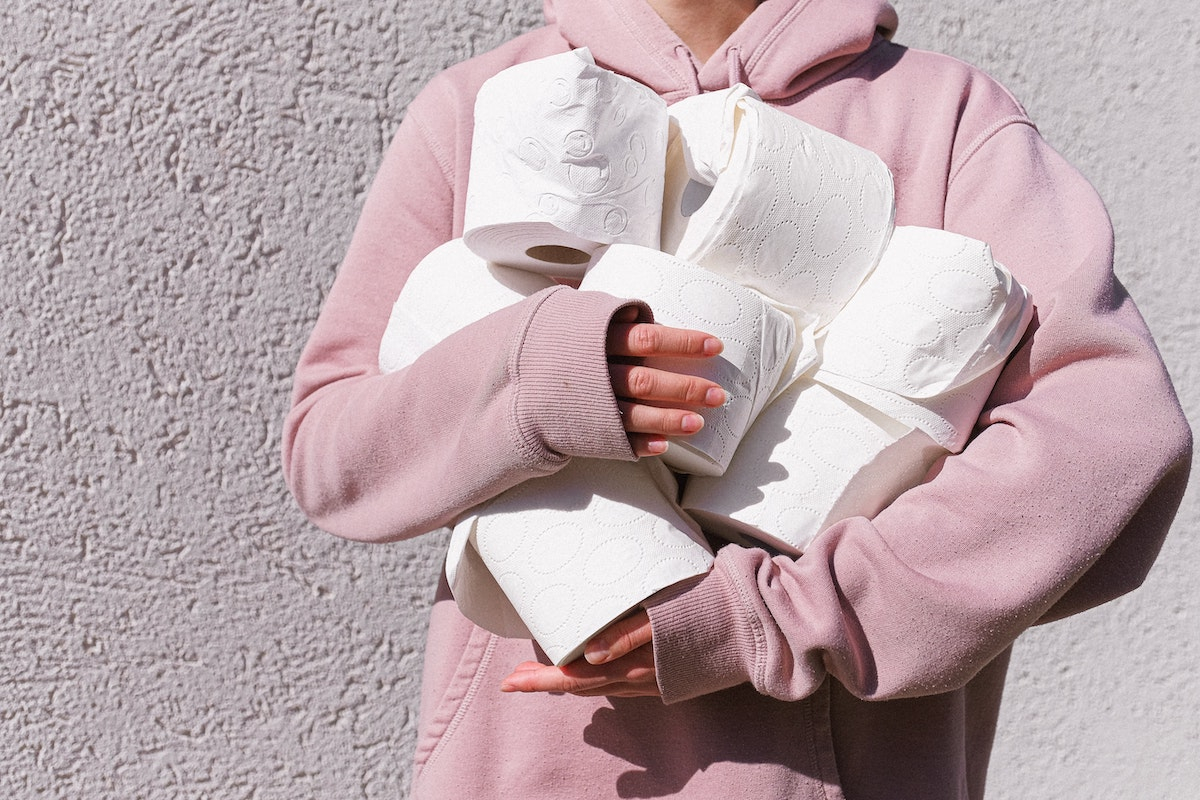 The toilet paper industry is among the most egregious climate offenders in Canada, according to the Natural Resources Defense Council. Photo by Anna Shvets / Pexels
Previous story
Next story

What runs through your mind when you’re deciding which toilet paper to buy? Sale price, roll size, pitiful single-ply or luxurious triple? Climate change might not make your list of considerations, but it should.

According to the Natural Resources Defense Council (NRDC), the toilet paper industry is among the most egregious climate offenders in Canada.

In its latest report on tissue products, the NRDC evaluated the sustainability of 44 toilet paper brands, giving each product a score from A+ to F. Who Gives a Crap, 100% Recycled and Green Forest were ranked highest, while Angel Soft and Charmin brought up the rear with critically low scores.

“The companies with the largest market shares have the power to make a significant difference for the future of our world’s forests,” the authors wrote. “Instead, they largely adhere to decades-old tissue formulas that have taken a devastating toll on forests.”

Charmin’s abysmal rating draws particular ire. Despite a 2020 resolution by Procter and Gamble shareholders (the manufacturer of Charmin) to determine how it could eliminate deforestation from its supply chains, the company actually increased its consumption of Canadian forest fibre this past year.

And not just any Canadian fibre: P&G relies on climate-critical forests like the Canadian boreal to produce its products.

The Canadian boreal is considered a vital global carbon sink, representing a staggering 25 per cent of the planet’s remaining intact forest. It contains twice as much carbon as the world’s oil reserves.

However, excessive logging and other human interventions have seen a steady collapse of this precious resource, to the point where these forests now emit more CO2 into the atmosphere than they absorb.

The logging industry alone accounts for five tonnes of CO2 emissions per Canadian per year — double the emissions from all of our passenger cars and trucks.

Climate change may not make your list of considerations shopping in the TP aisle, but it should.

The Canadian boreal is a major source for northern bleached softwood kraft (NBSK) pulp, the preferred softwood pulp used for tissue products in the U.S.

“As the climate crisis worsens, the tissue industry’s continued reliance on a devastating ‘tree to toilet pipeline’ has become only more untenable,” said Shelley Vinyard, NRDC’s boreal corporate campaign manager. “Major corporations like P&G must start responding to the pressure and accept their own, much larger, role in the climate catastrophe.”

As with cars and straws and single-use grocery bags, the responsibility and cost of sustainable choices fall first to the consumer.

Alternatives to the “tree-to-toilet” pipeline are highlighted in the report, such as bamboo-based and recycled products. There’s a bevy of choices, if you’re willing to look for them.

“Finally, both large and small companies are offering tissue products that don’t flush our forests down the drain,” said Vinyard. “Now it’s time for the laggards like P&G to catch up to the quickly shifting market trends.”

Thank you for this informative article. I usually buy recycled toilet paper but I haven't been able to find any since the pandemic began. Why? I've also used toilet paper made out of bamboo. But right now I'm stuck with buying the regular non-recycled stuff.

If you have traveled through

If you have traveled through the orient and probably other parts of the world you may have come across the alternative that can markedly reduce toilet paper consumption: known under a number of names﻿, a device to wash rather than wipe, which is referred to in one article as ‘the shattaf, toilet shower or bidet sprayer’ or more simply the ‘bum gun’, featured a couple of times on the CBC early in the pandemic: https://www.cbc.ca/amp/1.5510629

We travelled a number of times to Nepal - were slow adopters but now have installed bum guns on all our toilets. The spray units go for about $40-100; they are much cheaper than the fancy bidet seats and, no, a brief spray there of cold water seems not to be very temperature sensitive! A minimal amount of TP can be used after to dab dry, saving lots of trees. Try it - you’ll wonder why you waited so long!

Folks, it may sound radical,

Folks, it may sound radical, but toilet paper is not a necessity. It is a relatively new thing. A cloth works well and you can rinse/wash it while washing your hands. Similarly it is possible to manage quite nicely without paper towels or tissues. Imagine . . .

Truth is, if one's diet's

Truth is, if one's diet's decent, there's not a lot of TP needed.
The Middle Eastern cultures use toilet paper for drying, after cleaning with water from a jug (like a plastic, indoor plant-watering jug, with a shorter spout).
When I was growing up, a lot of households used the old newspapers, magazines and mail-order catalogues for the purpose. They took longer to decompose, and so were harder to keep from getting really stinkey.
Larger families alternated toilets, dosing the built part with lye and the "hole" with lime.
But TP's made with very short-staple fibre, which makes it decompose readily. That's a match made in heaven with the parts of trees that can't be used for lumber ... or for those ghastly, toxic off-gassing-forever chip-board / "engineered wood products."

"According to the NRDC, the

I grew up in a "lumber town." Trees once cut are "bucked" ... cut down to handleable lengths. Back at that time, they were then loaded onto trucks and rolled into a pond, from where they were one by one pushed onto a conveyor belt through the gangsaws, which cut them into huge, tree-diameter lengthwise slices, like a loaf of bread for ribbon sandwiches.
Then they are stacked to air dry or put through a kiln, after which they are trimmed and planed: the surfaces relatively smooth, in the dimensions familiar to us all.
The leftovers from that, the trim ends, the planings, all go into a chipper, to be used to make wood pulp. The bits too small are removed and go to the burners that used to be a familiar sight in small northern towns. Mills minimized what had to go to burners, because everything that comes into a mill already has money put into it.
Toilet paper is made from short-staple chips: the small stuff. The best quality chips, the larger ones (which still have to be small enough), are used for fine quality paper. The layer on the outside of the cornflakes boxes.
I expect the average family goes through an awful lot more trees buying corn flakes and kraft dinners, than on bum wipe.
(And the end of the roll goes to the outside: it's easier to use that way. Exception: when there's a toddler in the house, it goes the other way 'round.)

That was just before all the small operators were squeezed out of their harvesting areas, which government gave to, large foreign companies. Until then, trees were cut in the bush, by pairs of fallers, guys with power saws, it wasn't a matter of clear-cutting every growing tree. And why would they do that, anyway: they were paid to cut trees that made good lumber. Not half-grown trees.

If the issue is the