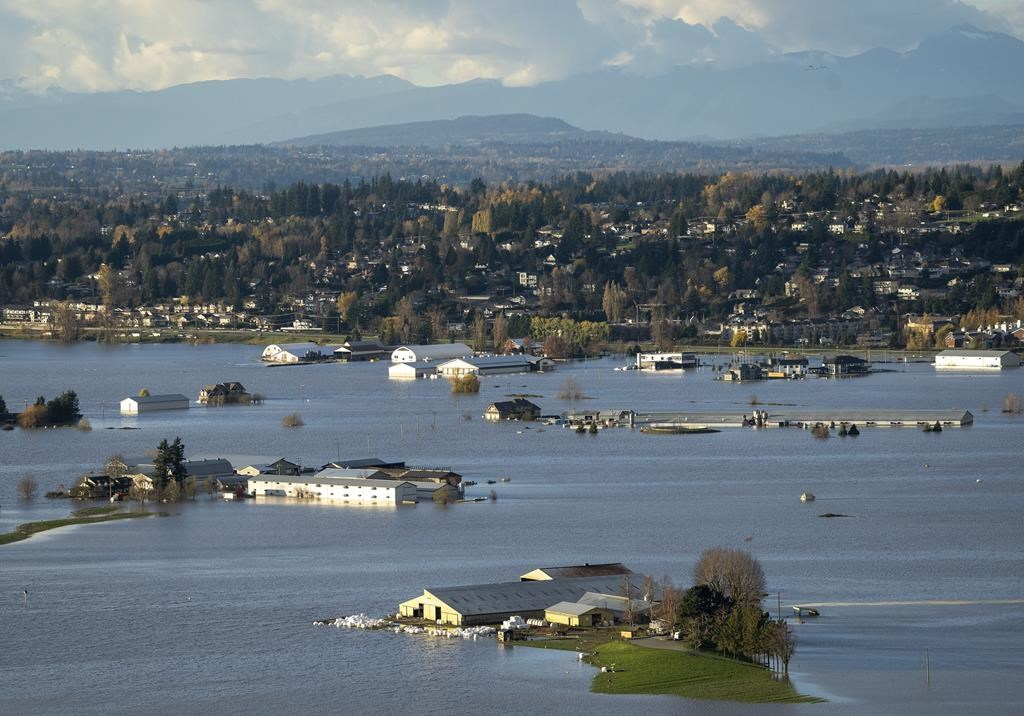 Farmers in southern British Columbia are coming together to save livestock as parts of the Fraser Valley remain under water from devastating flooding, says a member of the association that represents the province's dairy farmers.

Holger Schwichtenberg, chair of the board for the BC Dairy Association, said he was not yet sure how many farmers were working to move their milking cows, but in such situations, they would reach out for help to get their animals off site.

He said 25 to 30 cows were being transported to his own farm in Agassiz on Tuesday from another farm in the Fraser Valley, east of Vancouver.

"This is an example of an industry coming together when things really get ugly," Schwichtenberg said. "We're doing the best that we can with the situation that we've been handed and it's a tough one."

Moving livestock is time consuming and stressful for the animals and people involved.

"You've got trucks, you've got neighbours, you've got whoever's got a pickup truck or something to haul cattle in and you start moving them to higher ground or you've made arrangements to get them off site," Schwichtenberg said.

Abbotsford Mayor Henry Braun detailed some of the rescue efforts for farm animals happening in his Fraser Valley community during a news conference where he announced an evacuation order for 1,100 homes in the Sumas Prairie area.

Braun said Tuesday he witnessed residents using powerboats to haul cows out of barns that were overrun with water. People were trying to put calves into boats and trudging through cold water to make sure their animals weren't left behind, he said.

"It breaks my heart to see what's happening to those farmers."

#DairyFarmers struggling to save animals from #BC floodwaters. #Floods #BCstorm

The mayor said he's also concerned that livestock feed could run out.

"We have thousands and thousands of dairy cows on that prairie."

Schwichtenberg had yet to hear of any losses of animals, but he said this week's flooding has put a strain on the industry still reeling from a disastrous summer.

"We had a long, hot summer, we had a very poor growing season unless you had irrigation, the ongoing effects of COVID, and now we have this situation," he said.

"It's testing the resilience of dairy farmers, that's for sure."

The situation is heartbreaking. Animals have died. I sure hope that these dairy farmers receive some help.