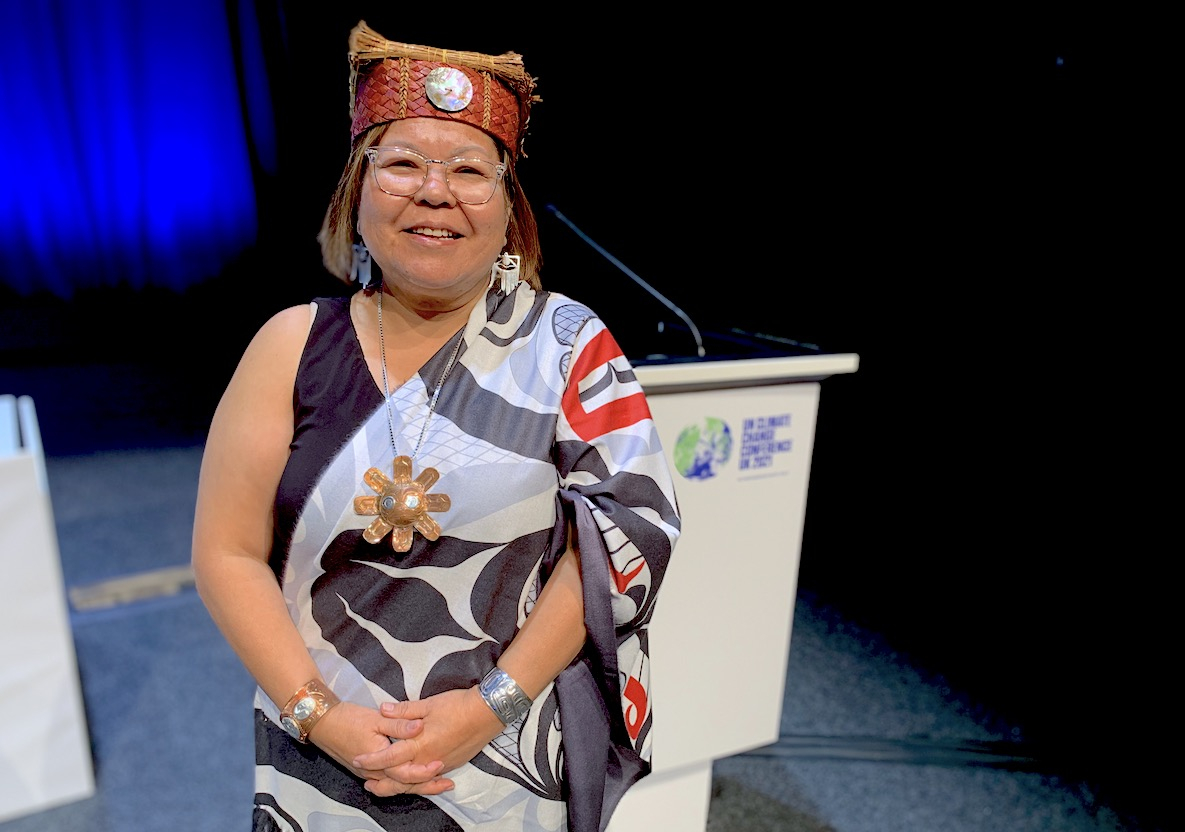 The small, remote coastal nation in Bella Bella on British Columbia’s wild central coast is in the last stage of shaping a three- to five-year clean energy plan to shift its dependence on diesel and increase the community’s climate resiliency by focusing on sustainable solutions using the sun, wind, earth and water.

The goal is to create a blueprint based on community priorities that tackles emissions and creates a green economy that better reflects Haíɫzaqv values and the nation’s enduring relationship with nature in their territory, said Leona Humchitt, Haíɫzaqv tribal councillor and climate action co-ordinator.

The nation’s Ǧvi̓ḷás, or ancestral laws, govern the Haíɫzaqv and the interdependent relationship the nation has with its territory, she said.

And the Haíɫzaqv words for clean energy are ɫáxváika'aus qṇts wáxv'w̓uísáx̌ — the power that comes from our territories, which includes solar, hydro, tidal, wind and geothermal renewables, she added.

The Haíɫzaqv know what they do affects the land, water and the sky and that all of them are connected, Humchitt said.

“We are no more separate than the fish from the ocean, and we need each other.”

This shared understanding meant the community quickly embraced the process to protect the environment choosing solar, wind and bioenergy as their top choices for clean energy, she said.

“We're setting the table for a better tomorrow for children yet to come,” says Leona Humchitt, Haíɫzaqv Nation's climate action co-ordinator on her community's planning and projects to reduce emissions and respect nature.

The last round of community engagement in September set out to rank which of the 12 clean energy solutions identified by the community should be tackled first.

The range of ambitious projects include electrifying the community’s boats and fishing fleet, installing vehicle charging stations and converting to electric cars, retrofitting community homes and buildings and/or kitting them out with solar panel systems, developing passive house kits, developing food sovereignty projects, and potentially gaining ownership of the privately owned Ocean Falls hydro facility that provides energy to BC Hydro in their territory.

However, when the climate team met with community elders, making choices or picking favourite projects was hard work.

“We want it all,” she observed with a laugh.

Q ̓án ̓ ístisḷa Michael Vegh, and will be unveiled at a community ceremony and feast in January.

The community has already started on a plan to convert all the community’s residential diesel furnaces with electric heat pumps. The first phases of the plan involved switching up 129 homes — a third of the residences in Bella Bella in the spring. The move will eliminate 645 tonnes of greenhouse gas emissions.

One of the climate action team’s aims is to increase awareness around global warming and the need for new strategies at the community level, Humchitt said.

But during community engagement sessions, it was abundantly clear that Haíɫzaqv members and elders understand the climate crisis well, having already suffered its impacts — especially when it comes to the collapse of wild salmon stocks so critical to the nation’s culture and food security.

“They are very well-versed on the problem,” she said.

“They knew without a shadow of doubt … we've got to grapple and tackle climate change.”

But the climate change work facing the Haíɫzaqv is positive and validates the voice of the community, she said.

“It’s gratifying and rewarding knowing that … we're all going to make a difference once these projects come to life,” Humchitt said.

“Because really, we're setting the table for a better tomorrow for children yet to come.”