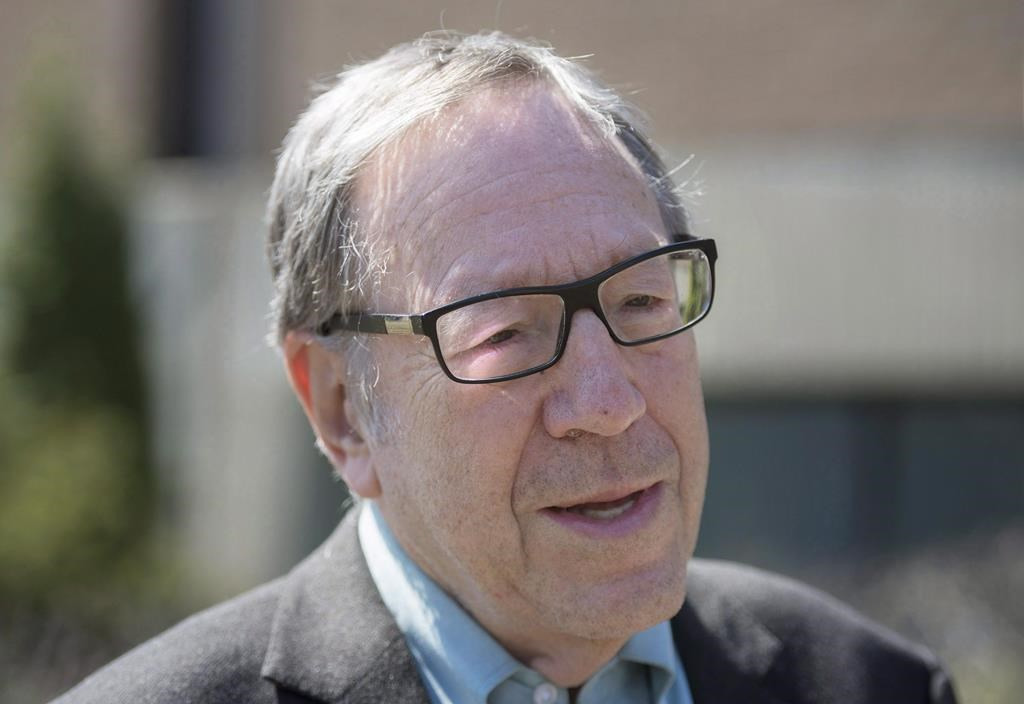 The government officials have formed a support network to provide a "safe space" where they can share experiences of antisemitism and to change the culture in the sector.

On Tuesday, they met Irwin Cotler, the prime minister's antisemitism envoy, to relay to him the problem in government offices. Some expressed fears that anti-Jewish hatred risked becoming marginalized in the government's fight against discrimination and racism in the public service.

Artur Wilczynski, Canada's former ambassador to Norway, said this is the first time in his 30 years working in the public service that Jewish public servants have formed such a group, which met for the first time during Hanukkah this month.

He said while some government departments — including his own — take antisemitism seriously, some within the public service have been "tone deaf to the experiences of Jewish colleagues."

Kayla Estrin, a federal official for 30 years, said antisemitism "has caused many of us stress and anxiety."

She said the network had been founded because antisemitism, including casually hurtful jibes at work and tropes about Jews in the office, was preoccupying many Jewish employees.

"This is very much being felt now," she said. "There's lots of dialogue about diversity and inclusion but antisemitism seems to be absent from that discussion. We just want to make sure that we are part of that dialogue and to raise awareness of antisemitism. We appreciate how receptive the Privy Council has been."

The group wants to make sure that Jewish employees are not excluded from the terms of a "call to action" on anti-racism, equity and inclusion in the federal public service, published by Ian Shugart, Clerk of the Privy Council and head of the public service.

Cotler, a former justice minister, said he was concerned by a rising tide of anti-Jewish hatred and would seek to get antisemitism included in not just the call to action, but all strategies across government to combat racism and discrimination.

“I would like to see an express reference to antisemitism and its importance. If we don’t include antisemitism it relegates it to a subject of no concern at a time of an alarming rise,” he said. “What is happening is that antisemitism is being increasingly normalized with an absence of outrage when it occurs.”

The Treasury Board of Canada, which is responsible for federal public servants, said the "work of eradicating bias, barriers, and discrimination, which have taken root over generations, demands an ongoing, relentless effort."

It said it would engage with Jewish employees along with other equity-seeking employee networks. In a statement it said its Centre on Diversity and Inclusion had a "mandate is to address barriers and challenges to a diverse and inclusive workplace and to prevent discrimination for all equity-seeking groups, including religious minorities.”

The public service has also faced allegations of anti-Black racism, with a group of former and current workers filing a proposed class-action lawsuit alleging systemic discrimination in hiring and promoting. The allegations have not been tested in court.

Wilczynski, an assistant deputy minister and senior adviser for people, equity and inclusion at the communications security establishment, says he has experienced — as a Jewish, gay man — more antisemitism than homophobia during his lifetime, including at work.

"I have never seen the community as vulnerable and concerned. People are worried," he said. "There isn't a good understanding of how antisemitism has permeated its way across society including the public service."

Wilczynski said he was very encouraged that the government was devoting so much energy and resources to inclusion. But, he said, it should make sure it is “committed to creating a safe space for all its employees, including Muslim, Jewish, Black and Indigenous staff.

Doree Kovalio, a member of the Jewish public service network's steering committee and public servant for 17 years, also welcomed the push for diversity and inclusivity training within government and outside. But she said it had become "acutely apparent" to Jewish public servants that acknowledging and addressing antisemitism was not a priority in these discussions.

Jewish federal employees have shared numerous accounts of antisemitism at work, she said.

“Thankfully we have a safe space for Jewish public servants where they feel open to share their experiences without judgment or reprisal,” she said.

Former Bloc Québécois MP Richard Marceau, of the Centre for Israel and Jewish Affairs, said it was very troubling that Jewish civil servants for the first time ever had to create an association to combat antisemitism.

Tory MP Marty Morantz said he is glad Jewish civil servants are able to come together to offer each other support over antisemitism which he said is "pervasive."

This report by The Canadian Press was first published Dec. 8, 2021.