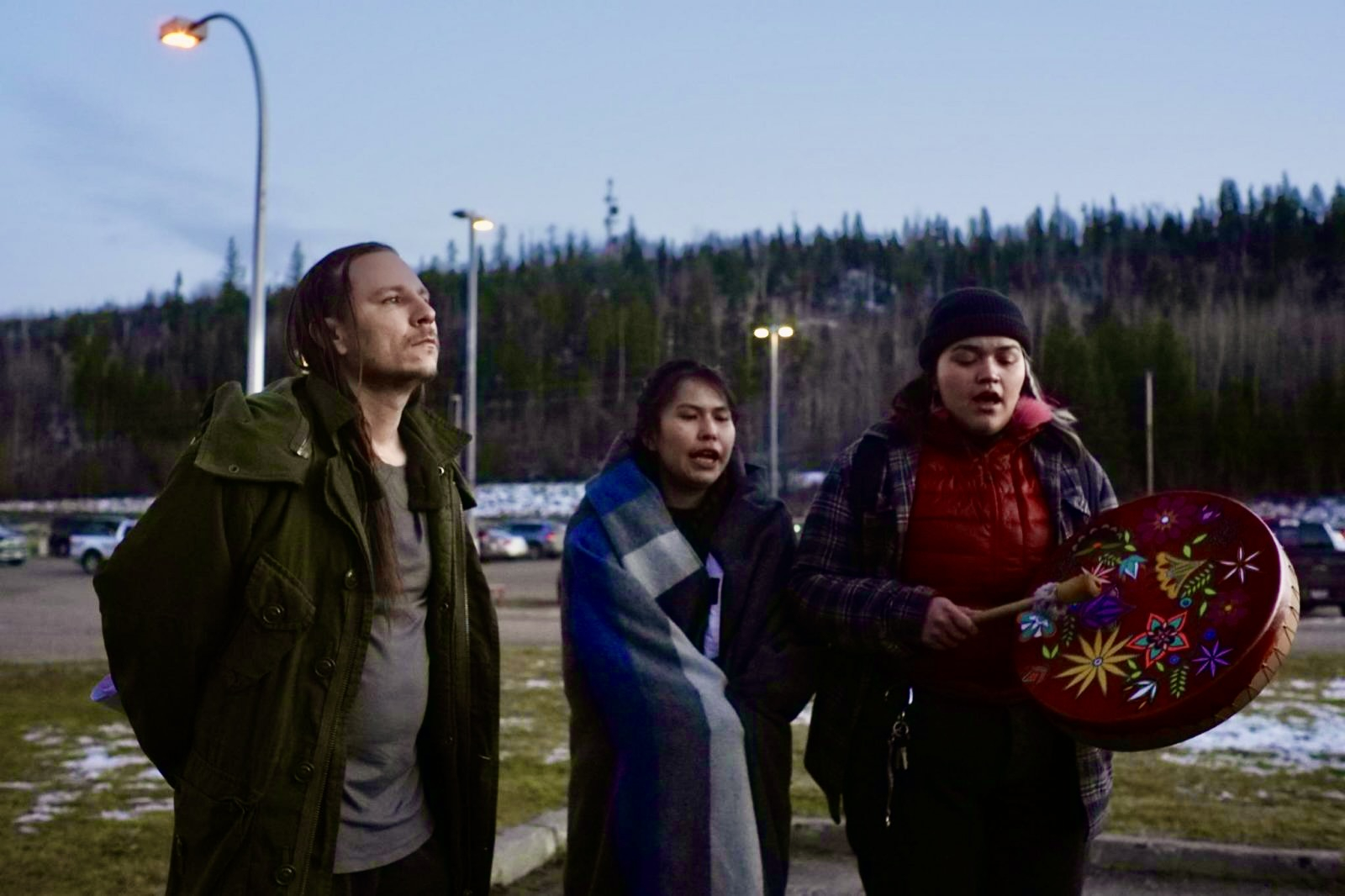 More land defenders are alleging mistreatment while in RCMP custody after being arrested on unceded Wet’suwet’en territory, as the police continue to enforce an injunction granted to Coastal GasLink.

Jocko and Sampson both described being transported by RCMP in small enclosures in the back of police vehicles. Sampson described them as not big enough to straighten one's legs.

“They're like little mini dog cages,” Jocko said. “I'm about 5-9, 5-10 and so my knees are almost at my chest. You've got to sit almost sideways. So any big person or a person with a little bit of weight on them would be squeezed.”

The RCMP rejects this characterization, calling it “very frustrating and concerning that serious allegations are being made” and “allegations of how individuals were treated in a fashion similar to canines is ludicrous.”

“Prisoner vans have individual compartments but are not ‘crates’ and have plenty of room for individuals,” said RCMP spokesperson Cpl. Madonna Saunderson.

After being arrested, Jocko, Sampson, and Toledano all described being held in a police vehicle with the heat turned up for at least two hours while wearing warm winter clothing.

“We had full gear on, and they had the heat cranked at max and so a few of us were hyperventilating and almost passing out from that,” said Jocko.

“You could hear them all out there laughing and just talking, and time went on like that to where a bunch of us had to rip the clothes that we had on so we could just breathe,” he said.

"I demanded to speak to my lawyer and they denied it," says one arrested land defender of her time in RCMP custody. #cdnpoli #bcpoli #CoastalGasLink

Sampson echoed the severity of the heat, and said they were not told how long they would be waiting, and didn’t want to be left in the cold, which is why people were wearing their full winter gear.

The RCMP “left us in a vehicle for two hours with the heat blasted … and didn't come check on us at all. And after that, didn't give us water for at least another five hours,” she said.

“I was actually seen by the paramedic once I reached the holding cell we were staying in for the night because I felt so nauseous,” she added.

All three described being made to strip to a base layer after arriving at an RCMP detachment in Houston, B.C. They said no one got their clothes back until they were released, meaning they had to go to court wearing whatever they had on. For some, it was wool pants and a T-shirt, for others it was thermal underwear.

“Per standard protocol, all those arrested were given the option what single layer they wished to wear while they were in custody. Individuals opted to wear their base layer, or long johns, rather than their outer clothing,” the RCMP said.

Sampson said one of the worst parts of being arrested was having her traditional regalia taken.

“I said, ‘You don't know anything about what you’re talking about’ and I demanded to speak to my lawyer, and they denied it.

“I demanded to speak to an Indigenous liaison and they told me they didn't have one in that office, and so it’s just a lot of insensitivity to the needs of the Indigenous people that were in there,” she said.

Toledano said he was denied the opportunity to call a lawyer of his choosing. The first denial came when a key to the handcuffs he was placed in broke off in the lock. He said after multiple attempts to get the cuffs off him, police eventually used bolt cutters on the chain to separate the cuffs and wanted to use a hacksaw to get him out of the rest.

Toledano says he wanted to call his lawyer to find out what his rights were in that situation, given he could’ve been injured, but was denied that opportunity.

“There was a sharp piece of metal sticking out on one of (the cuffs), and at that point, they told me I was a danger to myself and to others, so they had to remove the handcuffs before I could call my lawyer,” he said.

“They treated me as if I was a specific threat and danger to their safety with the handcuffs on, that I could use them as a weapon.”

Once in a holding cell, Toledano says he again asked to speak with his lawyer.

“When I got to jail, the police told me that lawyer was not taking any more clients and refused to allow me to actually call them and confirm that for myself, so I had to find a different lawyer,” he said.

Both Toledano and Jocko described the holding cells as disgusting.

“Every cell we were put in had blood on the walls, blood on the bottom of the doors, spit and disgusting stuff on the water holes where they would expect you to drink the water, so a lot of us weren't drinking water for days,” said Jocko.

Toledano described it similarly, saying a number of the cells “had blood on the walls or feces” and that the holding cells at the Prince George courthouse in particular “had a number of swastikas carved into the walls.”

“They were concrete holding cells with the lights on 24 hours a day, no pillows, and a guard checking on you every 10 minutes but … penalizing you if you asked questions like ‘I would like to speak to my lawyer.’ Then they would close the little window into the hallway and take away what little view of the outside world you had,” he said.

Toledano also said basic hygiene products like soap or toothbrushes were denied, and that “rancid” egg pucks were provided as food.

“This kind of intentional underfeeding, and this intentional denial of basic amenities, combined with the fact we didn't know what time of day it was and … we were being denied the opportunity to have followup phone calls with our lawyers, all of that kind of amounted to a punitive treatment and a loss of sense of space and time,” he said.

This abhorrent treatment of

This abhorrent treatment of other human beings is very difficult to read. What happened to the RCMP commitment “to serve and protect?” Why is the governments allowed to dismiss / ignore their pledge to UNDRIP? When will the abuse and injustice toward Indigenous people finally be enough? It is enough to make me feel sick to be included in this greedy, self serving white culture. The time for judgement is coming for each and every one of us. We may also experience heat that is too much to tolerate.