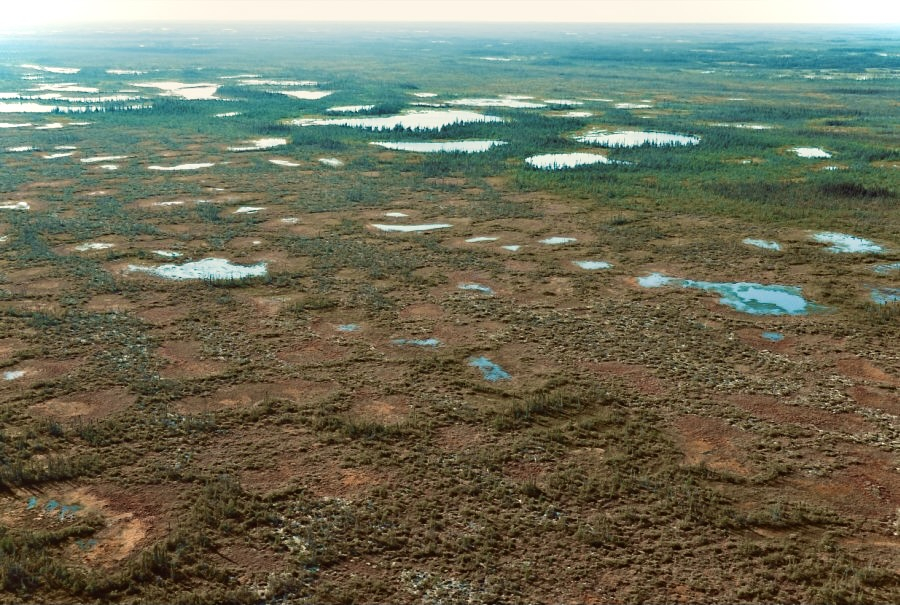 There is a word the Cree use to describe the vast peatlands that span the Hudson Bay Lowlands in northern Manitoba, Ontario and Quebec. Yehewin, meaning “breathing” in Cree, is a fitting description for the bogs, which are vital carbon sinks and key natural assets in the fight against global warming, says Vern Cheechoo, director of lands and resources at the Mushkegowuk Council that represents seven First Nations in northern Ontario.

The word was used by the elders and stretches back in time, Cheechoo says. “Yehewin is your breathing. The wetlands do the same thing. It’s like the lungs of Mother Earth: it cleans the air, it provides us with freshness, it keeps the Earth cool.”

A research team led by University of Alberta researcher Lorna Harris recently published a paper that scientifically corroborates this long-standing Indigenous knowledge about the importance of peatlands. Her paper argues for the preservation of peatlands as a nature-based solution to help achieve Canada’s 2050 net-zero goal. But these essential carbon sinks are under threat: particularly in Ontario, where increased development is leaving Canada’s peatlands vulnerable to destruction, and without more government protection, a vital tool for addressing climate change could become a liability.

A peatland is a bog, swamp or wetlands composed of ancient soil, some of it over 8,000 years old, and made up of sphagnum moss and decaying vegetation. Peat holds five times more carbon per hectare than the Amazon rainforest. These ecosystems also provide critical wildlife habitats and potential climate change refuge for species and serve as a natural barrier for worsening forest fires.

Across Canada, peatlands sit largely on traditional territories of Indigenous nations. The ecosystems serve as hunting grounds, vital for food security, and are culturally important locations for family traplines and ceremonies like Sun Dance for the Cree.

Canada holds one-quarter to one-third of the world’s peatlands, amounting to the largest peatland carbon stock at 550 billion tonnes. To put that into perspective, global emissions from fossil fuel burning were 35 billion tonnes in 2020.

The second-largest concentration of peatlands in the world is in the Hudson Bay Lowlands.

Harris says these ecosystems are threatened by climate change, which can lead to environmental catastrophes, such as the wildfires that swept through Fort McMurray, Alta., in 2016, where a tree-planting experiment and severe heat waves transformed the peatlands into a tinderbox. Severe permafrost thaw can also drown out peatlands, causing them to collapse, as it has done in the Northwest Territories.

“When we look at historical fires and fire frequency in the Hudson Bay Lowlands itself, because the landscape is so wet, the fires are very small and not very frequent,” Harris says.

“Society doesn’t place a value, or see the value, of what the ecosystem is doing right now,” says researcher Lorna Harris. “It’s a shame we can’t put a value on carbon in the correct way; we only see carbon's value when it’s extracted.” #Peatland

Russia, China and the U.K. are awakening to the essential natural functions of these ecosystems and are spending millions to restore their peatlands, Harris says. Yet Canada does not have a strategy to conserve these natural assets.

Large areas of undisturbed peatlands are currently vulnerable to expanding industrial projects, such as the mining development planned in northern Ontario’s Ring of Fire, which will release an estimated 130 million tonnes to 250 million tonnes of carbon once fully developed, according to Harris’ research. Even on the low end, the development would create emissions equal to more than a seventh of Canada’s overall total emissions each year. That’s on top of large potential disturbances caused by a proposed all-season highway connecting the region to the rest of Ontario.

The Ring of Fire is setting up a battle between First Nations, who want a larger say in development planning for the region, and provincial and federal governments that want to become global powerhouses in critical minerals for a green economy.

Indigenous communities have already had disputes with the Ontario government and area mining companies.

In 2010, First Nations blockaded airstrips built by mining companies in the region. In contrast, both former premier Kathleen Wynne’s and current Premier Doug Ford’s governments have approached First Nations with a divide-and-conquer strategy, handpicking certain First Nations to work with over others. Ford has also gone so far as to recently repeal sections of the Far North Act, ensuring the construction of the all-season road without the need for environmental assessments and First Nation consultations. Before the amendments, any development without a prior land-use plan would have required careful and collaborative planning.

The Ring of Fire’s most precious deposits include chromite, an essential mineral in stainless steel, and nickel, which is used in an assortment of batteries — nickel sulphate, for example, is a key component of electric vehicle batteries. Previous Liberal governments have estimated the monetary value of the Ring of Fire’s minerals at $60 billion, but that number was discredited by a 2019 Globe and Mail investigation that called it “aspirational hogwash.”

There are no firm estimates about the value of the minerals contained in the Ring of Fire, but Toronto-based Noront Resources Ltd., the company that owns most mining concessions in the region, recently sold to an Australian private equity firm for $617 million after a bidding war, signalling that increased development is likely and considered worth the possibly profitable risks.

Cheechoo says the Mushkegowuk Council is not against development per se, but it must protect against adverse effects on the world’s second-largest peatland complex. He says the federal government’s environmental assessment of the Ring of Fire doesn’t include the downstream, runoff risks that could damage the peatlands, James Bay and the Arctic Ocean.

“We need to have a frank discussion about the impacts that can happen in this region,” Cheechoo said.

Industry leaders take the line that any disturbance to the peatlands can be restored at a rate of $3,500 to $4,000 per hectare. But regaining the same level of carbon storage would take 1,500 years, or 1,469 years after Canada aims to hit its net-zero emissions goal, to return to undisturbed levels, according to Harris.

All the carbon released from the peatlands adds to the problem of greenhouse gas emissions, Harris says. “In terms of offset, if you destroy peatlands in one place, the idea is you can create peatlands somewhere else. That doesn’t work in terms of carbon storage.”

Instead of costly peatland regeneration projects that won’t work, Harris’ team advocates for Indigenous Protected Conservation Areas, accurate carbon tracking of the peatlands, especially during development projects, a conservation economy that includes payments to preserve ancient peatlands and policy initiatives based on avoiding disturbances rather than mitigation.

Cheechoo jokes that First Nations should place a meter on their territories to bill the world for the amount of carbon captured on peatlands.

“Society doesn’t place a value, or see the value, of what the ecosystem is doing right now,” Harris says. “It’s a shame we can’t put a value on carbon in the correct way; we only see carbon's value when it’s extracted.”

— With files from Mia Rabson, The Canadian Press

This story has been updated to correct a sentence referencing a "square hectare." One hectare is a unit of land equal to 10,000 square metres.

What will save the mainland moose?

"Square hectare" is meaningless - a hectare is a unit of area, equal to 10,000 square meters or 0.01 square kilometer. Please edit.

Thanks for catching that,

*Why* do we continually sell

*Why* do we continually sell off our raw resources to foreign concerns?
Why is that even allowed?
Y'know, it drives me up a wall that every level of government plays helpless when they don't want to enforce, say, human rights in our country, and one level of government "can't" "dictate" to another ... but a group of negotiators, not even politicians, were able to negotiate many international investors' protection agreements (called "free trade agreements" to pull the wool over our eyes at the time), that bound all levels of government, right down to village councils, to "rights" of foreign corporations.
That's a huge part of the reason for "over-development" and resource extraction companies running roughshod over environments, health, human rights ...
And meanwhile, *Canadian* companies (with complicated for-tax-purposes networks of subsidiaries and offices in tax haven countries) run overseas to do the work that we have foreigners do on our own soil.
And then we export what we grow and extract, in order to import materials from other countries.
That's beyond nuts. Both ways, the main profits go offshore, and only the lenders and shareholders benefit: not to any extent at all our governments through taxation.
And always, "the economy" (from which we see not so much benefit) has to be propped up with benefits and subsidies to the very companies that do all the damage, ostensibly because we need more of the same in order to provide minimal "services" to the folks at home.
And always, always, to the detriment of ecologies, the environment as a whole, many species, and our very health.
I can't imagine a class of middle school kids arranging anything as back-bottom-wards as that!