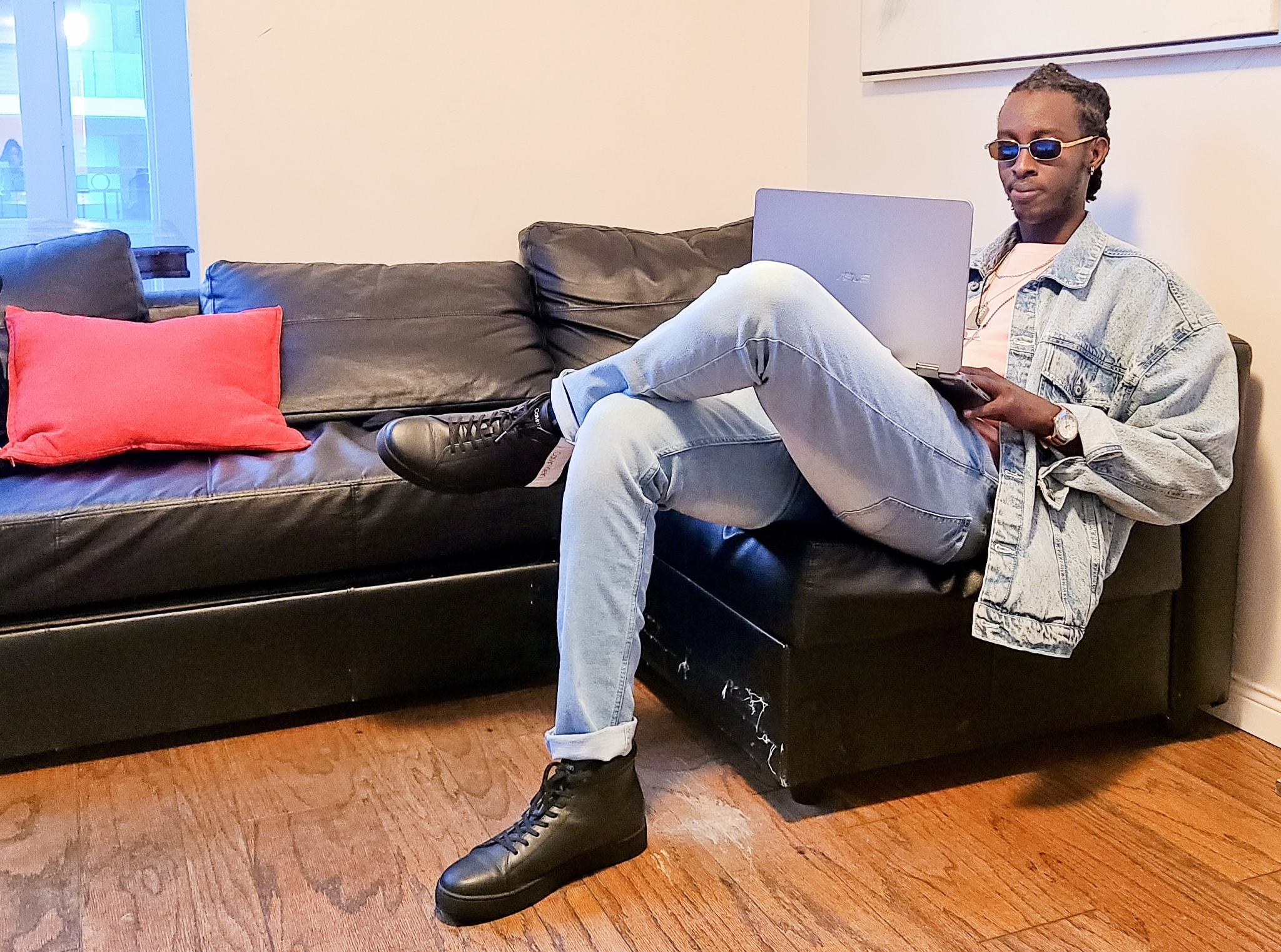 Clairis Sagituma has kickstarted a construction career thanks to training provided by Building Up and the on-the-job experience on Raising the Roof's Reside project. Photo supplied by Clairis Sagituma
Previous story
Next story

All of those needs were met over the course of seven months last year when Raising the Roof, a national homelessness charity agency, completed its latest project to provide affordable housing and a pathway to construction careers for those who might struggle to find and keep work.

“I've done a lot of jobs, different kinds of jobs, and I've never been happy, you know, I've just tried to get on, pay the bills and stuff like that. But I was looking for something that could be my career,” said 25-year-old Scarborough resident Clairis Sagituma, who did some drywalling on an Eastern Avenue semi-detached house that was renovated by dozens of workers.

Sagituma found his chosen career path after coming to Canada from Burundi in 2019, moving away from nutrition, a field his parents encouraged him to study, when a social worker directed him to Building Up, a 16-week paid training program split between in-class learning and work placement.

Raising the Roof hires Building Up’s trainees to work on its Reside affordable housing projects, which so far include projects in North York and Caledon and plans for larger jobs coming up in Sudbury and Orillia in Ontario, as well as Edmonton, Alta.

“The idea is how can we connect all these dots at once,” said Marc Soberano, who founded Building Up. Two years ago, he also joined Raising the Roof as its executive director and now wants to knit together the organizations' missions.

“If we're going to try to prevent homelessness by creating housing, how can we use that project as a catalyst to train people who are experiencing homelessness to get jobs in the trades, to get a launch into the construction industry where there are all these jobs?”

Maybe a third of Building Up's trainees are housing-insecure, he estimates. The organization also trains and employs people who have criminal records and other circumstances that make employment more challenging.

A downtown Toronto property needed fixing, dozens of mostly young and aspiring tradespeople needed on-the-job training, and a refugee family needed a new home. All of those needs were met when @RaisingTheRoof completed its latest project.

Students at Building Up’s 5,000-square-foot training centre in Etobicoke learn the basics and relevant math used in a range of construction jobs and have access to social workers and other support.

Sagituma has since earned his certification as a highrise rodman and plans to start another certification course in road construction at the end of this month.

While some of his friends have spent three years toiling on non-unionized worksites where conditions are often not as safe, Sagituma says the training he received helped him join LIUN Local 183, one of the big construction unions in the Greater Toronto Area. He would recommend the program for anyone interested in a career in construction.

“(Trainees) learned trade-based math, they learn how to use a measuring tape and add and subtract fractions,” Soberano explains, adding that Building Up trainees are also taught how to compare the pay rates and required skills for carpenters, plumbers, electricians and other tradespeople, plus financial literacy and other life skills.

Soberano says Building Up aims to maintain an ongoing presence in cities and towns where it establishes initial operations to complete Reside projects. The organization is able to train about 120 people a year in Toronto out of around 1,000 applicants to the course.

Industry watchers estimate Ontario will need more than 100,000 more construction workers over the next decade to replace those who are retiring.

The sustainable construction training offered by Building Up and utilized in Reside homes is specifically valuable, Soberano said, since the skilled labour shortage for this type of building is many times greater than it is in construction overall.

“You have to do a fair amount of greening when you renovate a house and take out a permit and things like that, and the workforce just isn’t prepared for that,” he said, noting that sustainable construction also reduces the operating costs for the affordable housing Reside projects provide.

Building Up says it has completed more than 5,000 water-efficient retrofits, saving more than 4.5 billion litres of water.