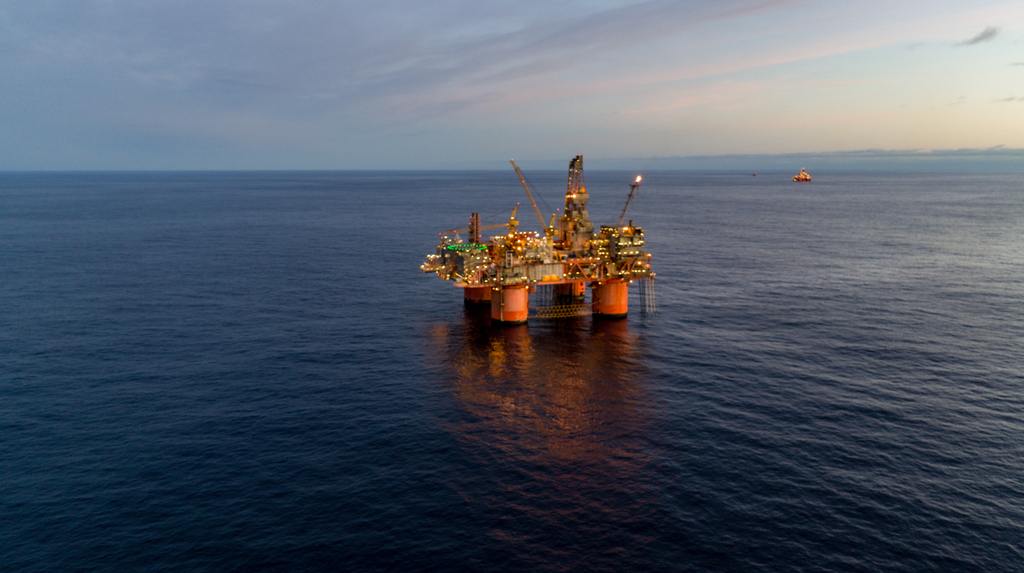 An Equinor project in the Tampen area of the North Sea. Photo courtesy of Equinor/Bo B. Randulff & Even Kleppa
Previous story

A Norwegian energy giant with big plans to expand oil and gas drilling off the coast of Newfoundland and Labrador received a damning review of its environmental impact statement from the Canadian government in 2019, which just came to light this week.

Equinor’s Bay du Nord project has been off and on for years, but in November, the company said it was on track to start extracting oil by 2028. The project, which is awaiting approval from the federal government, includes numerous exploration and discovery licences, the creation of a floating production station and the drilling of up to 40 wells in the Flemish Pass Basin, around 500 kilometres east-northeast of St. John’s.

Groups and individuals have sounded alarm bells about the $6.8-billion project, pointing to concerns surrounding marine animals, habitat and coastal communities in the province. If approved, Bay du Nord has an expected lifespan of 30 years.

As part of the approval process, Equinor put together an environmental impact statement for the Bay du Nord project in 2019, which Fisheries and Oceans Canada (DFO) then reviewed. Though the document was written years ago, it needed to be approved by the department before it was made public this week.

In its review, DFO said Equinor’s environmental impact statement isn’t credible enough to be used in the decision-making process around Bay du Nord.

Since the report was completed in 2019, DFO said they have worked with the Impact Assessment Agency of Canada (IAAC) to address the concerns raised in their review.

Many of Equinor’s conclusions on the potential environmental effects of the project were based on data from areas outside the project site, the review found. The company also missed an opportunity to use information from an offshore oil spill at Equinor partner Husky’s site in November 2018 to “help determine environmental effects” a spill could have at the Bay du Nord project.

Equinor’s assessment concluded there would be no significant negative effects on marine life, but DFO pointed out this conclusion came not from field research or long-term population studies, but rather, previous environmental impact assessments. Although DFO found some of the data used to support this claim was acceptable, it said certain methodologies were “unclear and questionable.”

A Norwegian energy giant with big plans to expand oil and gas drilling off the coast of Newfoundland and Labrador has received a damning review of its environmental impact statement from the Canadian government.

Gretchen Fitzgerald, national programs director for Sierra Club Canada, explained that not all reviews from DFO scientists become public. Although she’s glad this one did, she notes the years-long delay is problematic and fits into a larger picture of environmental opacity in the offshore oil and gas industry in the region.

Earlier in January, a group of environmental organizations filed an appeal after their request for a judicial review of the federal government's environmental assessment on exploratory oil and gas drilling off the coast of Newfoundland and Labrador was dismissed in December by the Federal Court of Canada.

The appeal was filed by Ecojustice on behalf of the Sierra Club Canada Foundation, World Wildlife Fund Canada and Ecology Action Centre and argues the federal assessment sets a dangerous precedent by allowing potentially harmful projects to move forward with little public scrutiny.

In a statement to Canada’s National Observer, the IAAC said the findings of the 2019 report don’t include work Equinor has done to address the issues DFO found in its initial environmental impact statement.

“For example, Equinor Canada provided 281 responses to information requirements during this time. Equinor Canada revised its Environmental Impact Statement (EIS) in mid 2020 accordingly to advance the assessment and address concerns. This updated EIS was deemed complete by the Impact Assessment Agency of Canada (Agency) and federal departments, including Fisheries and Oceans Canada,” read part of an email.

However, Fitzgerald said the public should have had access to the first environmental impact statement when public consultation was still open. She also said any plans to expand oil and gas operations have detrimental impacts that couldn’t have been addressed in a subsequent statement and that issues remain — such as how Equinor would deal with a potential oil spill, which she said remains unclear.

The Sierra Club participated in the consultation, which wrapped up last summer, and contributed information on the lack of preparedness for a potential oil spill and myriad climate concerns around offshore drilling, which she said would have been supported by DFO’s review.

As the Bay du Nord project awaits review, Fitzgerald hopes the analysis of Equinor’s environmental impact statement encourages Steven Guilbeault, minister of environment and climate change, not to approve the project. On Dec. 6, Guilbeault extended the due date for his decision on the project by 90 days.

Fitzgerald says the threat a project like this would have on biodiversity and marine ecosystems is cause for deep concern and that the DFO review “should give him pause.”

“We think it should not be approved because we have pretty significant global reports saying no new fossil fuel … and ... the fact that this is coming out after the process is over shows that we didn't have a fair and unbiased process to me.”

This article was updated to include additional information from DFO.

Maybe the Canadian government should be applying this kind of tough, unbiased evaluation to their own pipelines.

To have any chance at all of

To have any chance at all of curbing emissions enough to slow future climate change and give more of the life in our biosphere, not to mention human civilization, a chance of survival, we have to stop all new fossil fuel projects -- reject all applications for exploration and for extraction facilities. There are always adequate environmental grounds for rejecting them and their contribution to climate change ought to be foremost among those reasons.

Newfoundland has one of the

Newfoundland has one of the best capabilities for wind power on the continent. Though wind farms are now being considered on floating platforms in the deep sea (yes, the technology comes from oil drilling platforms) the presence of ice bergs will not permit their construction off the East Coast.

Electricity from wind is affordable and exportable. Intermittency is a non-issue with industrial scale battery storage (iron-air or liquid metal; lithium ion is not appropriate for stationary storage). Why are the feds still considering drilling for oil? Oh yes, that would have something to do with the influence of vested interests, wouldn't it? It's the Canadian way.