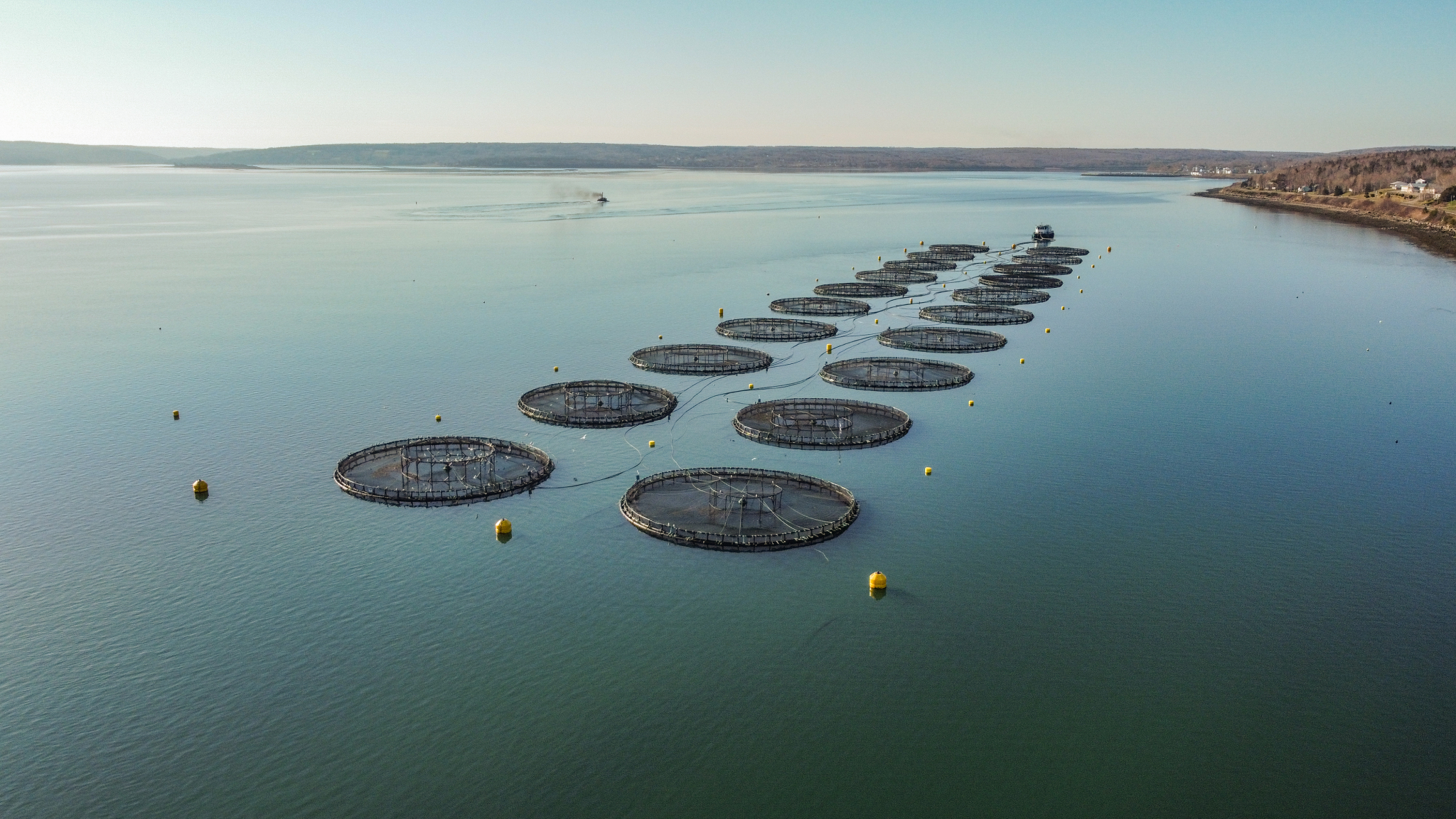 A controversial salmon farm expansion has been approved in Nova Scotia retroactively after years of operating with a larger salmon and cage count than its lease allowed.

Kelly Cove Salmon Ltd. has been running over capacity for the past 18 years with the province’s knowledge. The company sought to legitimize its operations through the Nova Scotia Aquaculture Review Board (NSARB) with a boundary amendment, which was granted Jan. 28.

The original agreement for the farm near Digby allowed for three to four cages and 120,000 fish. But Kelly Cove admitted at the hearing it has had 20 cages and 660,000 fish since 2004. The province has long been aware of the high numbers, but never penalized the company, which applied for the expansion in 2016.

It’s worrying for people like Simon Ryder-Burbidge, marine campaign co-ordinator with the Ecology Action Centre (EAC), who said so far, the body has acted as a rubber stamp for the aquaculture industry.

The case is the first one heard by the NSARB, which was put in place by the provincial government to hold the aquaculture industry accountable. Environmental groups are worried the decision sets a dangerous precedent for an industry they say needs more regulation while giving a free pass to a company that has long been breaking the rules.

The hearing, which took place in November, heard many of those concerns, voiced by Ecojustice lawyer Sarah McDonald. She represented the sole intervenor in the case — Gregory Heming, who lives on a farmstead on the water near the Kelly Cove site. EAC and other environmental groups were denied intervenor status by the board, which said groups and individuals who aren’t directly affected by the boundary application wouldn’t be allowed to participate.

The board’s decision to not hear arguments pertaining to Nova Scotia’s Department of Fisheries and Aquaculture (NSDFA) ability to regulate the site by not enforcing its boundaries was also key in McDonald’s argument.

Kelly Cove operating outside its lease boundaries should have been handled by the province under the Nova Scotia’s Fisheries and Coastal Resources Act, argued the intervenor. Not only does Kelly Cove have more fish and more cages, it also operates on 29 hectares, while its initial lease allowed for 8.75.

Canada’s National Observer reached out to the NSDFA, which didn’t respond directly to questions about the act.

Kelly Cove Salmon Ltd. has been running over capacity for the past 18 years with the province’s knowledge.

In an emailed statement, the department referenced the 2014 Doelle Lahey Report, which called for numerous changes in the aquaculture industry and noted its recommendations for all existing aquaculture sites to be brought into compliance.

“It took time for the department to establish the policy and processes to support the applications, including the creation of the independent Aquaculture Review Board,” read part of a statement.

The statement went on to say, “We respect the independent judgment and ruling of the board.”

Canada’s National Observer reached out to the NSARB for comment and received only a link to the judgment, which describes the issue as “straightforward.”

“If the application is refused, the farm would continue to exist, but the cages, and therefore the production of stock would be reduced by 80 per cent, with an obvious consequential negative impact on economic development,” read part of the judgment.

It also touched on the province’s role, noting, “There was no issue taken by the Province then, or since, with the number and array of cages on the lease, or with the stocking density or quantity of salmon.”

The judgment also said Kelly Cove had tried to apply for a boundary amendment in past years but had been blocked by the temporary moratorium on aquaculture applications in the province after the Doelle Lahey Report came out.

Kelly Cove said it welcomes the judgment, and that it shows its operations have “no environmental impact.”

Although the federal government has committed to phasing out open net-pen fish farms in B.C. waters by 2025, the Nova Scotia government is set to expand industrial salmon farming.

For Kris Hunter, the NS-PEI program director of the Atlantic Salmon Federation, the decision ignores impacts to wild salmon that he said are likely to occur. The federation was called as an expert witness during the hearing and said interbreeding between farmed salmon and the spread of sea lice are both huge concerns to the wild population. During the hearing, there was a lice outbreak at the Kelly Cove site in question, as well as a nearby aquaculture operation also owned by the company.

Looking forward, Ryder-Burbidge said EAC will continue to advocate for wild salmon, which he said are at historically low numbers. A mandatory regulatory review for the aquaculture industry is set to take place soon at the provincial level, so his hope is that people and groups concerned about the industry will be able to express concerns then.

“With no real research studying the impacts of these sites on incredibly vulnerable wild salmon populations, it seems like the precautionary principle has once again been thrown out the window,” he said.

“We learned from Cooke that both their Annapolis Basin fish farms were experiencing severe sea lice outbreaks at the time of the hearing. Millions of sea lice bracketing the Digby Gut could spell the end of any wild salmon still hanging on here — but at this point, we don’t even know how many remain.”