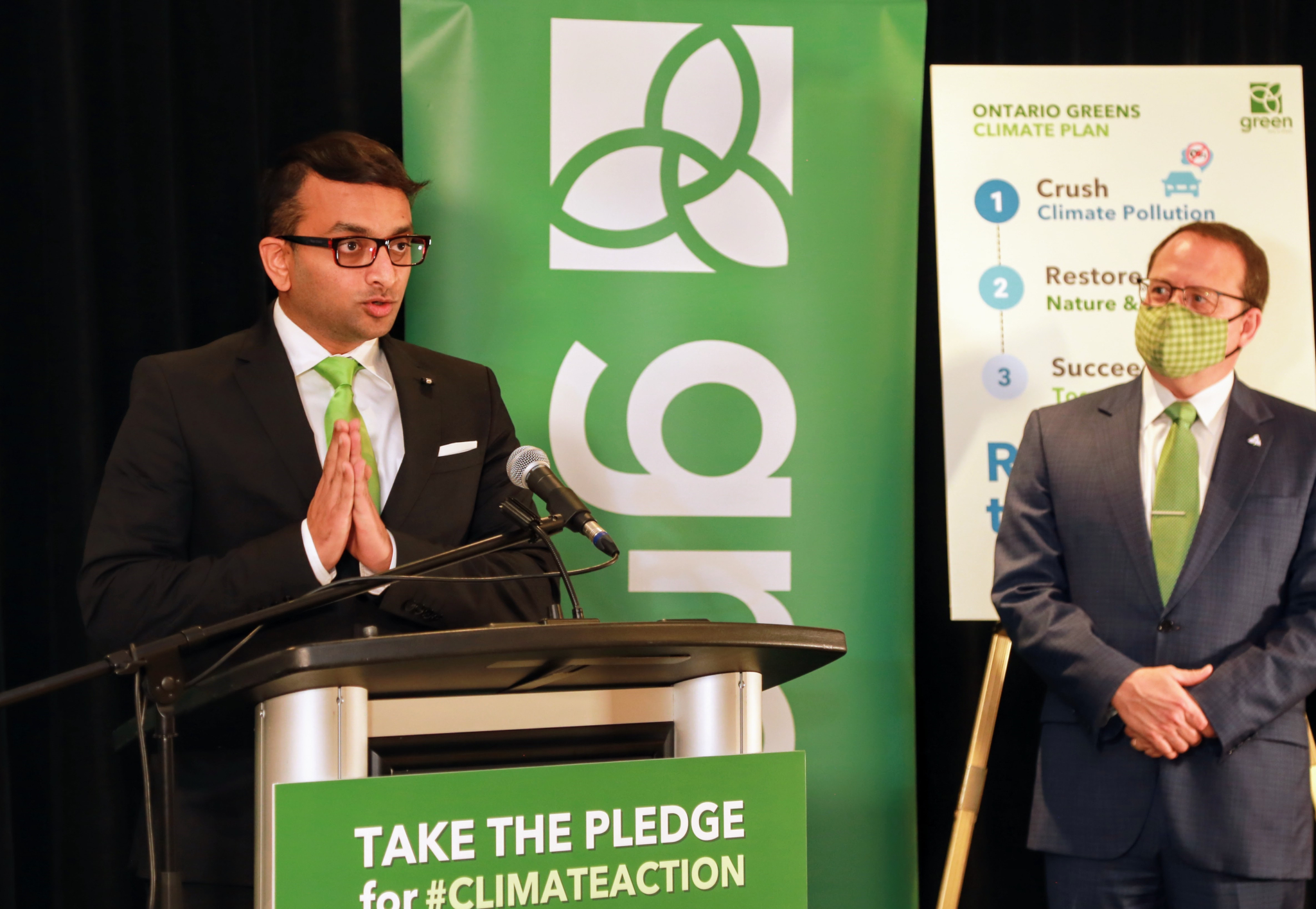 Millennial Politics is a series about young political candidates. We discuss their political origin stories, passions, and thoughts on issues facing millennials and Gen Z voters ahead of the Ontario provincial election.

Electoral politics is in Abhijeet Manay’s bloodline. His grandfather, Gopal Manay, was one of the first members of India’s independent parliament.

As a young man, Manay’s grandfather was active in the independence movement, and once elected, he governed for all Indians, including the lower castes, building bridges in the poorest parts of the city to protect folks from Mumbai traffic, Manay said.

He also helped settle lower-caste Indians in the interior of Maharashtra, the state of Mumbai. The settlements permitted the ostracized citizens to build their own communities without oppression or persecution.

Manay, 31, looks up to his grandfather in his own politics: “He was a big social justice proponent and that seeped in,” Manay says. “I felt if I ever got into politics, that’s the legacy that I wanted to continue.”

Manay arrived in Canada in 2005 and moved to the Danforth. He got involved in politics a few years later, inspired by stories of his grandfather’s lifelong political struggle against the British Empire’s colonial occupation.

“I know that electoral reform was federal, but I couldn’t be part of the party anymore,” he says.

Manay entered the political wilderness looking for a home. He first considered the NDP, but says he didn’t agree with what he calls their oppositional politics.

He was more comfortable with Mike Schreiner, leader of the Ontario Green Party.

“With Mike, I found something akin to my grandfather, which is collaborative politics,” Manay says. “Working with other parties, not just vilifying them, so if something can be done for the betterment of Ontarians, then you take that opportunity.”

Policy wise, the Greens resonated with Manay because they were the only party that discussed agricultural reforms, a topic he was passionate about after studying Michael Pollan and Raj Patel.

He saw Schreiner advocating for changes in the economy through an agricultural lens, views the leader had adopted through his own small business experiences. Before politics, Schreiner owned a company that connected organic farms to restaurants in the Greater Toronto Area.

“Having a holistic approach that includes every sector to the economy, the Greens are the only ones talking about this, and that’s what really drew me in,” he says.

Manay reached out to work for the Green Party with a resume in staffing and volunteering; their response took him off guard: They asked Manay outright if he wanted to run as a candidate.

“It was surprising for me because it was something I would do in my 40s and 50s, but I’m getting the opportunity now to voice my own beliefs, my own ideas, the things I really want to advocate for,” he says.

Was funding for Canada's vaccine protests linked to Putin's plans for Ukraine?