Low interest rates have not made housing more affordable 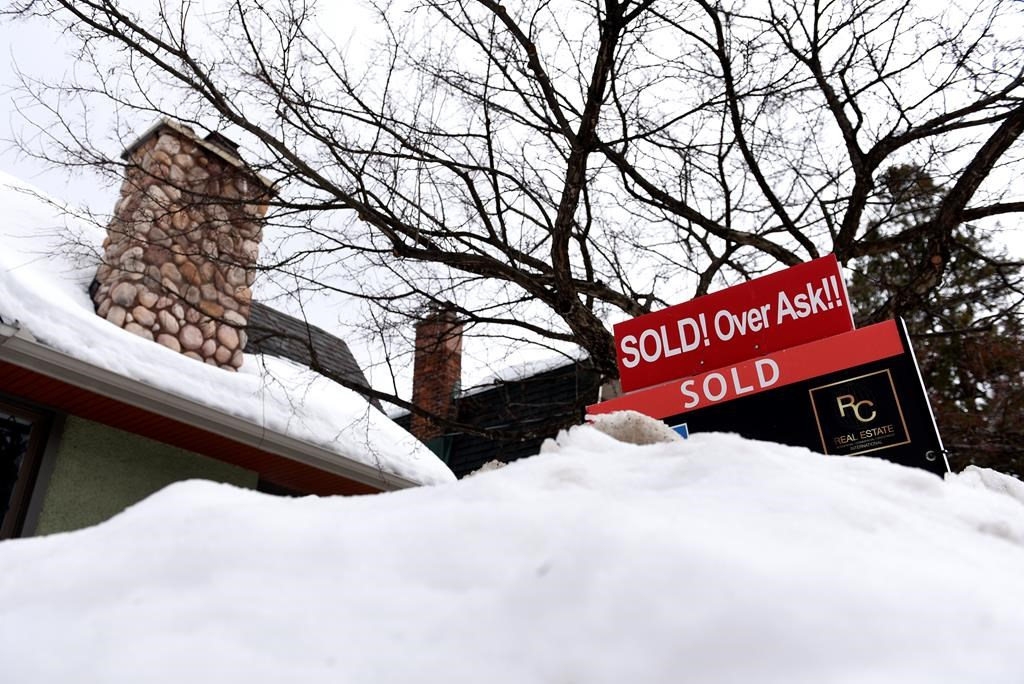 A sign outside a home indicates that it has sold for over the asking price, in Ottawa, on Monday, March 1, 2021. File photo by The Canadian Press/Justin Tang
Previous story

The parliamentary budget officer is warning that home ownership has become even less affordable through the pandemic for the average buyer, who may find it even tougher to get into the market unless prices drop.

Housing prices were on a meteoric rise before the COVID-19 pandemic struck two years ago, and have been further juiced by rock-bottom interest rates, demand for more space and supply that can't keep up.

Budget officer Yves Giroux's report says house prices in most major cities could have been considered affordable in early 2015, based on costs but also on buyers' ability to borrow.

Giroux's office estimates that house prices in Toronto, Hamilton and Ottawa were more than 50 per cent above an affordable level by the end of 2021, and unaffordable by a smaller margin in Vancouver and Montreal.

He says the average income earner will find it ever harder to afford a home in the future unless prices drop or wages climb.

Giroux is also warning that those who recently bought homes are more vulnerable to rising interest rates and could find themselves unable to cope with a sudden shock like a job loss.

His report noted that debt loads in Toronto, Vancouver, Victoria and Hamilton were high enough that households could be considered financially vulnerable, meaning any income loss would make them less likely to keep up with mortgage payments.

Homeowners better off financially will be able to handle higher rates, he said, but Giroux said those with average incomes who recently bought homes "could be in for a rough ride" financially.

The report released Thursday adds to the evidence before members of Parliament who, Giroux said, have repeatedly come to his office with questions about the cost of housing.

Giroux’s report said that at the end of last year, the average house price nationally was $811,700, an increase of 43 per cent from the $565,800 recorded in December 2019, a few months before the pandemic washed over the country.

Helping drive prices higher over the last two years has been low interest rates, driven there by the central bank to keep the economy churning, and federal supports that put a financial floor under households.

Giroux said gains in borrowing capacity that the financial circumstances afforded were far outpaced by home prices in several cities and actually widening the affordability gap.

Rates on fixed mortgages have crept higher on expectations that the Bank of Canada will start hiking its trendsetting rate next month. If, and when, that happens, variable-rate mortgages will start to climb as the central bank looks to cool overheated markets.

Giroux said rising rates will likely offset any increases in household income for the average income earner, meaning their ability to borrow, and therefore afford a home, will remain relatively flat.

Prices would have to drop to make home ownership more affordable to the average buyer, Giroux said. One possible avenue is to boost supply, which Giroux’s report notes didn’t kept up with the population boom between 2015 and 2019.

The federal government has looked to increase the supply of homes, promising funding to cities to help speed up development timelines and approvals.

On Thursday, Finance Minister Chrystia Freeland offered up transit funding to help cities manage revenue shortfalls, but required provinces and cities to speed up housing plans as a requirement of the cash.

Conservative housing critic Matt Jeneroux said the Liberals' efforts so far have been unable to close the affordability gap for homebuyers, and argued the government's plans wouldn't address the issue.