By Stephen Huddart | Opinion | March 14th 2022
#7 of 15 articles from the Special Report: Bolder, faster, together: Perspectives on societal transition 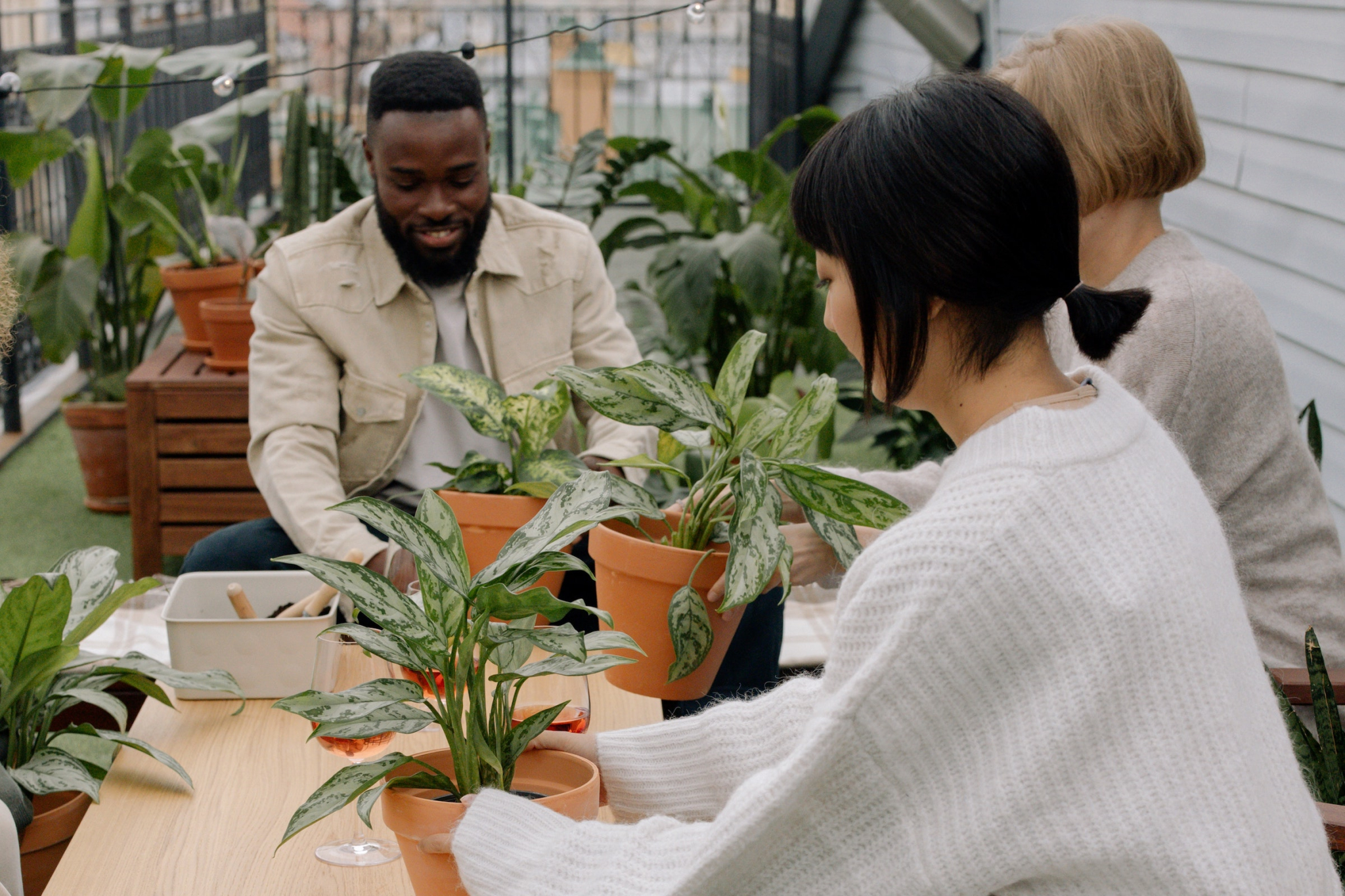 In Part 1 of this article, we examined large-scale changes taking place as the world’s economy moves into transition mode. While such a momentous shift is an imperfect work in progress, instruments like the UN Principles of Responsible Investment, the Glasgow Financial Alliance for Net Zero and the International Sustainability Standards Board enable governments, financial institutions and corporations to recalibrate the economy following the Paris Agreement and the UN Sustainable Development Goals.

We concluded by outlining how a socially conscious transition must prioritize adaptation, inclusion and innovation at community and systemic levels.

On Feb. 28, the Intergovernmental Panel on Climate Change (IPCC) released its latest report. It warns that the window for preventing climate chaos is rapidly closing and defines climate change as a global challenge requiring regional-scale solutions. It also asserts that climate change is as much a social problem as a scientific one, concluding that “climate-resilient development” must focus on decarbonization, adaptation, biodiversity preservation and social equity.

Taking the precepts of urgency, scalability and resilience as our starting point, this second part outlines how Canada’s community sector can help to shape a transition economy by:

The federal government will shortly name the intermediaries for Canada’s Social Finance Fund (SFF) — a $755-million fund for putting capital to work in the social sector based on the U.K.’s Big Society Capital. Using SFF as a matching fund, intermediaries will attract new capital to make concessionary loans and investments in social-purpose organizations.

Quebec’s l’économie sociale shows what this kind of transition economy could look like. In a province with a GDP of $365 billion, 11,000 social economy organizations generate $48 billion in revenues. Working in areas ranging from the arts and agriculture to retail, restaurants, manufacturing and IT, all prioritize the common good over private profits.

Next is the question of how social and economic systems can be adapted or replaced to produce better outcomes for people and the planet.

In their 2019 book Good Economics for Hard Times, Nobel Prize-winning economists Abhijit Banerjee and Esther Duflo advocate for policy innovation informed by experiments that test solutions to real problems. This is a principle behind social impact bonds (SIB), where private investments enable community coalitions to test new approaches to complex challenges, with governments, foundations or corporations repaying investors based on results. When SIBs establish goals but not the precise steps for achieving them, they can be a useful form of social research and development.

Quebec’s l’économie sociale is an example of a transition economy, writes Stephen Huddart. In a province with a GDP of $365 billion,11,000 social economy organizations generate $48 billion in revenues. #charities #philanthropy #future #transformation

Notable Canadian examples include Restoring the Sacred Bond — an Indigenous community-led SIB in Manitoba testing whether Indigenous doulas engaging vulnerable mothers in culturally informed peer support groups would create superior outcomes at lower social and financial cost than is incurred when children are apprehended and placed in foster care. With nearly 10,000 Indigenous children now in state care, this question is culturally, socially and economically significant. The chair of the project’s board Diane Roussin, who leads an Indigenous social innovation agency called Winnipeg Boldness, told me, “While a full evaluation is still underway, the model is essentially proven. Moreover, some mothers in the program are recovering children previously taken from them.”

It will soon be up to government and Indigenous leaders to negotiate permanent expansion of the initiative. This SIB’s early results were a factor influencing the Manitoba government to establish a Social Innovation Office, where SIBs are being developed on subjects ranging from smoking cessation to reducing youth involvement in the justice system. Executive director Teresa Dukes explains: “We’re working on issues with socially suboptimal and uneconomic results — where social science, innovation and impact investment can create better outcomes. Working this way empowers communities and reduces risk for the government.”

Is it feasible to create multiple, investible SIB portfolios focused on regions undergoing economic transformation or around themes like improvements to education or health care?

For a critical perspective, here’s Emily Gustafsson-Wright, senior fellow at the Brookings Institution, which maintains a global social and developmental impact bonds database: “Of 225 impact bonds in 37 countries, most are single-point interventions, with few integrated or multi-faceted initiatives,” she told me. “Tensions can arise when investors insist on sticking to measuring end outcomes, rather than allowing for iterative changes, which SIBs tend to bring in.”

At MaRS Centre for Impact Investing — a Canadian SIB leader — Jason Sukhram, director of impact measurement and management, says there is room for improvement in SIB design and implementation, adding: "SIBs remain an under-utilized tool for public sector innovation. They can also empower social purpose organizations to measurably improve outcomes in areas where there's room and urgency for progress."

With their capacity to both grant and invest in tandem, philanthropic foundations are well-positioned to support SIBs in collaboration with governments and community partners.

Another Indigenous SIB illustrates these points. As Raven Capital Partners managing partner Jeff Cyr explains in a recent article, diabetes affects three to five times as many Indigenous as non-Indigenous people. Through Raven’s Indigenous solutions lab, and with support from the Denmark-based World Diabetes Foundation and Indigenous Services Canada, Raven created a Diabetes Impact Bond that is now running in four Manitoba communities and one on Prince Edward Island. With communities as partners, this initiative integrates nutrition and the provision of healthy food, mental health and exercise with traditional Indigenous cultural practices. “Frankly, we’re less interested in what can be most easily measured,” Cyr told me, “and more concerned that the process and learning be valued by communities.” A paper we co-authored describes this approach as “community-driven outcomes contracting” (C-DOC), because it centres community’s priorities.

Finally, there’s anchoring transitions in communities. Consultative collaboration among community stakeholders can serve as both a test bed and bedrock for a transition economy. This is the premise behind initiatives such as Second Muse’s Future Economy Labs, Low Carbon Cities Canada, Future Cities Canada, and the Tamarack Institute’s Community Climate Transitions program — whose director, Laura Schnurr, recently wrote: “With jurisdiction over buildings, transportation, waste and land-use planning, municipalities have influence over approximately 50 per cent of Canada’s emissions. They’re more nimble and closer to the ground than higher levels of government, enabling them to act quickly in a crisis and engage directly with residents. They’re also natural environments for piloting innovative climate solutions that can be scaled elsewhere.”

Working at a micro-macro scale, Salmon Nation’s focus is economic transition in isolated coastal communities from northern California to Alaska. Co-founder Ian Gill explains: “We can’t expect decision-makers in far-off capitals to know what’s needed to create sustainable and resilient economic futures for remote communities. With modest outside support and connections to similar places, they can manage their own transitions.”

In the final analysis, an economy manifests values and relationships between people and the Earth, and these are currently in flux. Globally, the broad goals of a transition economy have been set. It is at the regional and local scale that they will be achieved, or not. The prospect of an equitable, durable carbon-free world, or an irreversible slide into something much worse, is cause for redoubled efforts.

The goal oriented funding of

The goal oriented funding of innovative solutions part of this is laudable, but why use a PP3 approach? Like all PP3 schemes, it is only apparently cost effective - the private investors take out profit at the end and this increases the costs above what it would have been in a non-profit, tax-funded operation.

Definition: "a [potential] financing option available to support pay-for-success programs. Social impact bonds bring together government, service providers and investors/funders to implement existing and proven programs designed to accomplish clearly defined outcomes. Investors/funders provide the initial capital support and the government agrees to make payments to the program only when outcomes are achieved. So government pays for success.'[30]"
As in - government pays private capital to deliver social services using government funds to pay for most of the operations, and then pays for the profit out of the social services budget. This is just another privatization scheme designed to outsource social services to the volunteer sector.
e.