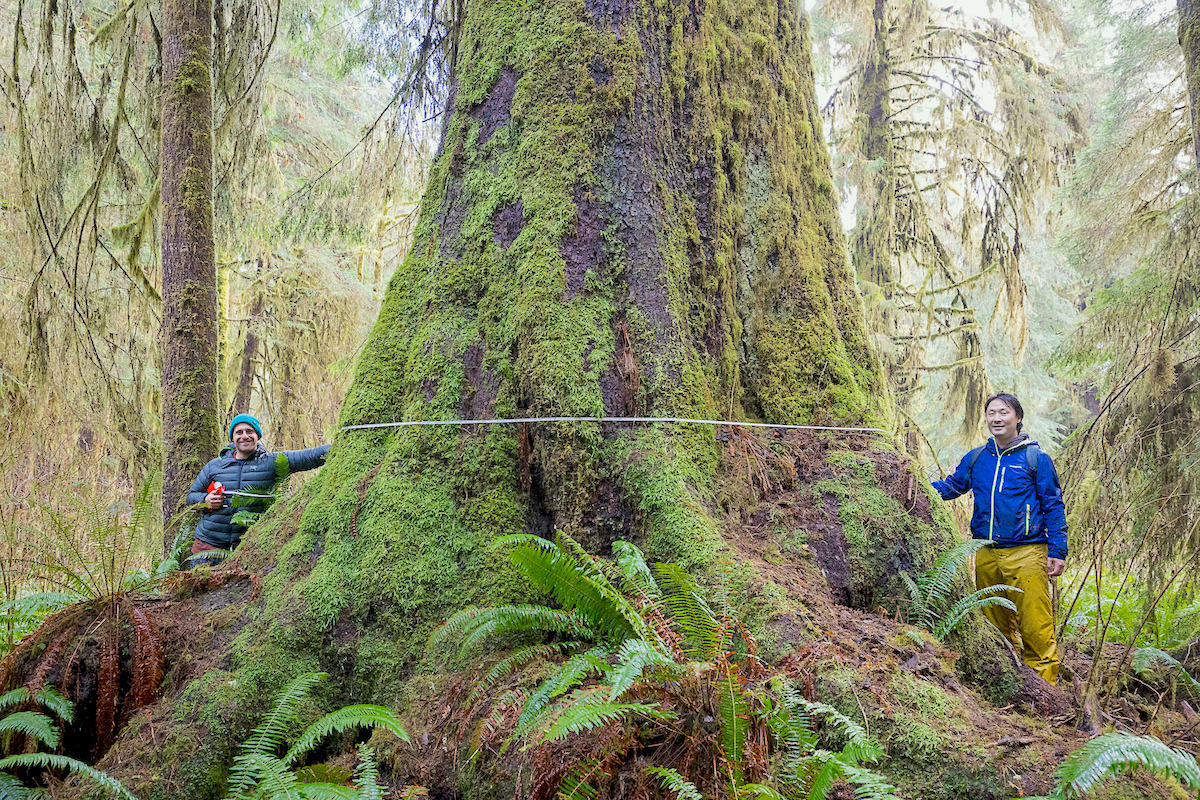 West Coast environmental organizations are cautiously optimistic after a large forestry company announced deferrals of old-growth logging in some prized conservation areas in its private land holdings on Vancouver Island and Haida Gwaii.

Mosaic Forest Management, the largest private land-holder in B.C., is pausing logging on 400 square kilometres of forest for a minimum of 25 years, opting instead to rely on carbon credits to generate revenue.

Areas that conservationists have for decades struggled to preserve, particularly on Vancouver Island, are included, said Ken Wu, executive director of the Endangered Ecosystems Alliance.

“It’s a big deal,” said Wu. “It was a complete surprise, and I was skeptical at first but … I recognized its significance.

“It includes almost all the key areas and more, because it includes older second-growth, too.”

However, there are still some concerns, Wu said.

“A deferral is not the same as a protected area, including under these carbon credit initiatives,” he said.

“We still need to follow up by pushing the province to purchase and protect (the deferrals) through new Indigenous protected areas, parks or ecological reserves.

The deferral areas represent seven per cent of the company’s holdings and are the largest such initiative in Canada. They will reduce greenhouse gas emissions by more than 10 million tonnes over the span of the BigCoast Forest Climate Initiative, according to Mosaic.

The reductions will be translated into carbon credits available for sale to reputable organizations to help offset emissions, generating both ecological and economic value for Mosaic, the company said. “We’re confident we're going to make at least as much as we make on timber, and we hope it's more,” said Domenico Iannidinardo, Mosaic’s chief forester, who declined to put a number on it.

Environmentalists critical of carbon offsets call them a false climate solution — simply robbing Peter to pay Paul in terms of emissions — while providing no incentives, particularly for fossil fuel companies, to commit to serious carbon reductions.

However, Iannidinardo said BigCoast credits will be subject to the Verified Carbon Standard, the world’s most widely used and rigorous voluntary carbon program.

And potential purchasers of the credits will be vetted to ensure they are pursuing rigorous emissions reductions, he added.

“Customers that we sell to will have sincere and genuine commitments that require external carbon crediting to help supplement all their other (net-zero) efforts,” he said.

The Pacific Salmon Foundation and the Indigenous Protected and Conserved Areas (IPCA) Innovation Program will get a portion of the project’s revenue annually to bolster scientific and First Nations cultural research on the project’s land base. Mosaic did not clarify how much funding the two organizations might expect.

Eighty per cent of the deferral areas involve old forest — trees more than 120 years old that haven’t been logged, with the rest home to mature second-growth trees, Mosaic said.

Of the total area, approximately 40 per cent involve trees aged 250 years or older.

A number of deferrals are concentrated in southern Vancouver Island including McLaughlin Ridge and the Cameron Valley Firebreak forest near Port Alberni as well as Mount Holmes near the community of the small community of Youbou, Cathedral Grove Canyon near MacMillan Provincial Park and the Lower Gordon and San Juan valleys near Port Renfrew along with tracts of forest along the Sooke River, Mosaic confirmed. The company has yet to release maps showing the exact deferral areas.

Among them are a number of conservation jewels, Wu said, citing the Cameron Valley Firebreak, a 150-hectare old-growth forest not far from Port Alberni, as an example.

Other pockets of old-growth and mature second growth areas near the boundaries of Strathcona Provincial Park west of Campbell River will also likely be spared, Wu said.

Torrance Coste, national campaign director for the Wilderness Committee, said a number of deferred areas are especially valuable given they are on private land near big population centres on southern Vancouver Island.

Plus, most old-growth deferrals by the province to date have only been on Crown lands, since B.C. doesn’t have jurisdiction over private lands, he said.

Additionally, the deferrals must be considered against the backdrop of Indigenous rights and wider climate concerns, Coste said.

The main reason companies have been able to concentrate such vast, dense private land holdings on Vancouver Island is due to a provincial colonial land grab at the turn of the 20th century that granted 800,000 hectares of unceded First Nations territory to the Esquimalt & Nanaimo Railway Company — lands that were subsequently acquired by timber companies, he said.

“The fact this company made hundreds of millions of dollars off resources from land stolen from First Nations, and now they stand to profit even more selling carbon credits to potentially some of the most polluting companies in the world, that's not a solution,” he said.

Mosaic does not currently have revenue-sharing agreements in place with First Nations, but has business partnerships and memorandums of understanding with several nations, the company said.

Iannidinardo did not say whether Mosaic would explore revenue-sharing agreements with First Nations through the carbon credit program.

But he did note that involving the IPCA in the research will allow nations the opportunity to weigh in on future land use decisions once the deferral period is up, he said.

“We're focused right now on understanding what the ecological and cultural priorities are,” Iannidinardo said.

“It’s a relief to know that some of these spectacular forests will not get lost in the next 25 years,” he said.

But there’s simply a wider problem in B.C. that logging on private land is subject to far fewer regulations and scrutiny than on Crown land, Wieting said.

“The B.C. government needs to strengthen conservation standards on public lands to make sure that highly endangered ecosystems can’t get logged,” he said.

“Secondly, we need to make sure that funding is available for long-term Indigenous lands conservation solutions on private lands as well. It's one part of the story.”

If the province and the private sector lean too heavily on carbon offsets as a climate solution, it will only fuel a vicious climate cycle in which credits will ultimately become redundant with the delay of serious emission reductions, he warned.

“You can’t sell carbon offsets if the forest burns down or is attacked by insects or trees die due to continued drought and extreme weather events.”