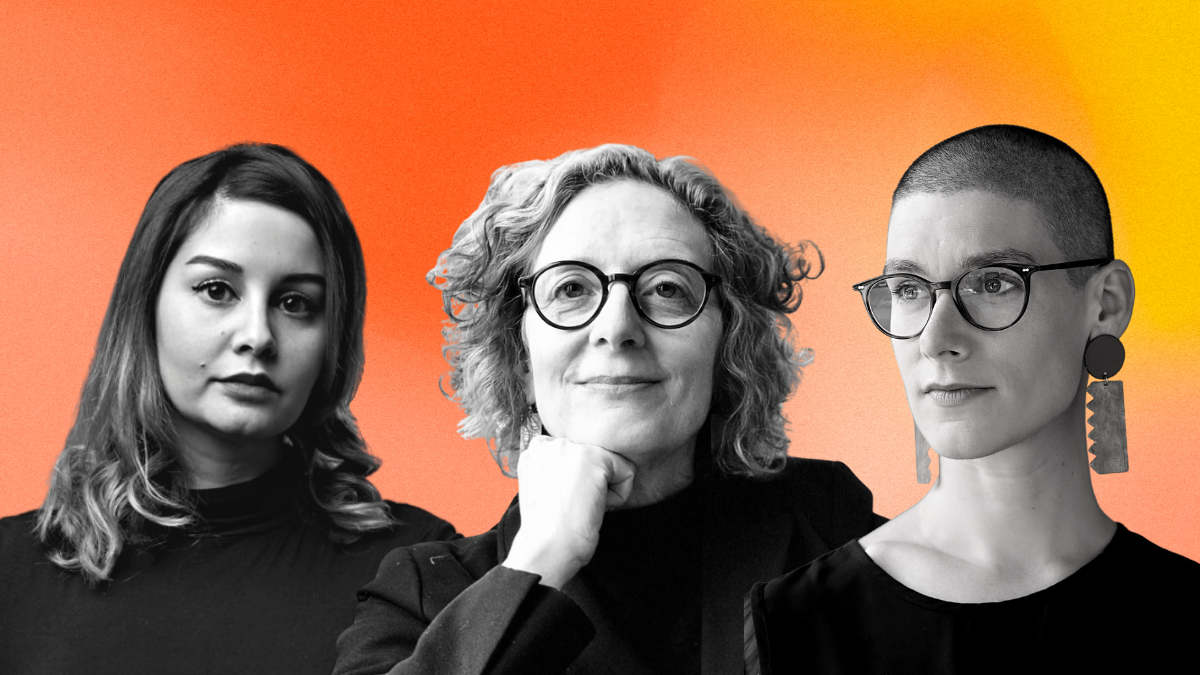 When Shaghayegh Tajvidi, Polly Leger, and Canada’s National Observer founder and editor in chief Linda Solomon Wood decided in early 2021 to create Observer’s first podcast series, they wanted to expand Observer’s award-winning climate journalism to a new medium. The goal was to tell stories about the climate crisis that mattered and engage people with realities, solutions, and calls to action. It took eight months to produce the six episode series, which began on October 13.

Today National Observer is proud to share that RACC has been shortlisted for the 2022 Canadian Journalism Foundation’s Award for Climate Solutions Reporting. The award “recognizes excellence in reporting on what is being done in Canada and beyond to address the impact and threat of climate change – the policies, practices and people that could potentially be part of the solution to this global crisis.”

The winner of CJF’s Award for Climate Solutions Reporting receives $10,000.

“Race Against Climate Change brings a fresh and at times even upbeat approach to climate reporting by focusing on solutions as well as problems,” says Observer managing editor Adrienne Tanner. “We are so proud of this nomination, which is indeed a great honour.”

Executive editor Karyn Pugliese adds, “I am thrilled to see Race Against Climate Change podcast placed among the best of journalism in Canada for this prestigious award. It recognizes the high quality work, and the critical role our journalists at Canada’s National Observer play in putting climate change and solutions into the public conversation. Congratulations to my colleagues who pulled together this meaningful work.”

“I’m so proud of Race Against Climate Change and the impact it has had across Canada,” says Solomon Wood.

When Tajvidi and Leger began work for RACC, they holed up in a Vancouver home for two weeks to brainstorm and strategize. They used three walls as a draft board, sticking papers and post-its all over the walls. “It really looked like a ‘true crime’ wall, like we were chasing a mystery,” says Tajvidi.

Some of it was production planning, some was story, some was purely for organizational purposes. But the parallel to the true crime genre and its evidence-covered walls wasn’t simply aesthetic. It occurred to Tajvidi and Leger that they were investigating a crime of a different sort.

“The climate crisis is a global criminal situation unfolding, the actual crime against people on the planet,” says Tajvidi.

During the production of RACC, they witnessed firsthand the violence of those crimes. British Columbia’s climate disasters in 2021 included a heat dome and flooding that claimed lives, and injured and displaced countless others. Their recorders broke down in the field. Leger slept outside because she didn’t have air conditioning. All roads to Vancouver were blocked after floods wiped out highways.

Leger and Tajvidi were forced to take care of each other, not just as reporters but as individual humans experiencing the climate crisis. “This whole thing was produced by a couple of producers in their 30s that also were battling their own despair about everything that was going on,” says Tajvidi. Sometimes it felt like they were “screaming into the void.”

When those feelings threatened to overwhelm, hearing about engagement and action from guests like organizer Julian Brave Noisecat and activist Jesse Firempong brought the pair back to the ground. “The kids are really radical,” says Tajvidi. “Hearing their stories about being connected to actual mobilization that was going on was the thing that pulled us out of our own dread when we were weighed down ourselves.”

While solutions to the climate crisis tend to lean heavily on the idea of ‘hope,’ Tajvidi and Leger made a conscious decision during production to swap ‘hope’ for ‘agency.’ “That’s a throughline of the entire series: there are pieces we can move here,” says Tajvidi.

RACC marks a promising first step for Canada’s National Observer into new ways of producing impactful climate journalism. Tajvidi calls it a “pilot project” that sets the standard for Observer’s next multimedia reporting projects. The team aimed to produce something that people would want to come back to and ask for more. That happened: Tajvidi says listeners were reaching out asking for a second season, and wondering what the next podcast would look like. “We want to do more podcasts,” says Tajvidi. “We need to do more podcasts.”

Today’s CJF nomination confirms what listeners already knew and shared with Canada’s National Observer: Race Against Climate Change is an impactful and resonant podcast that engages and inspires listeners, even in a crowded podcast field and while tackling our generation’s most difficult, complex topics.

The winner of CJF’s Award for Climate Solutions Reporting will be announced on June 7. Stay tuned for the next podcast project from CNO’s sharp podcast team.