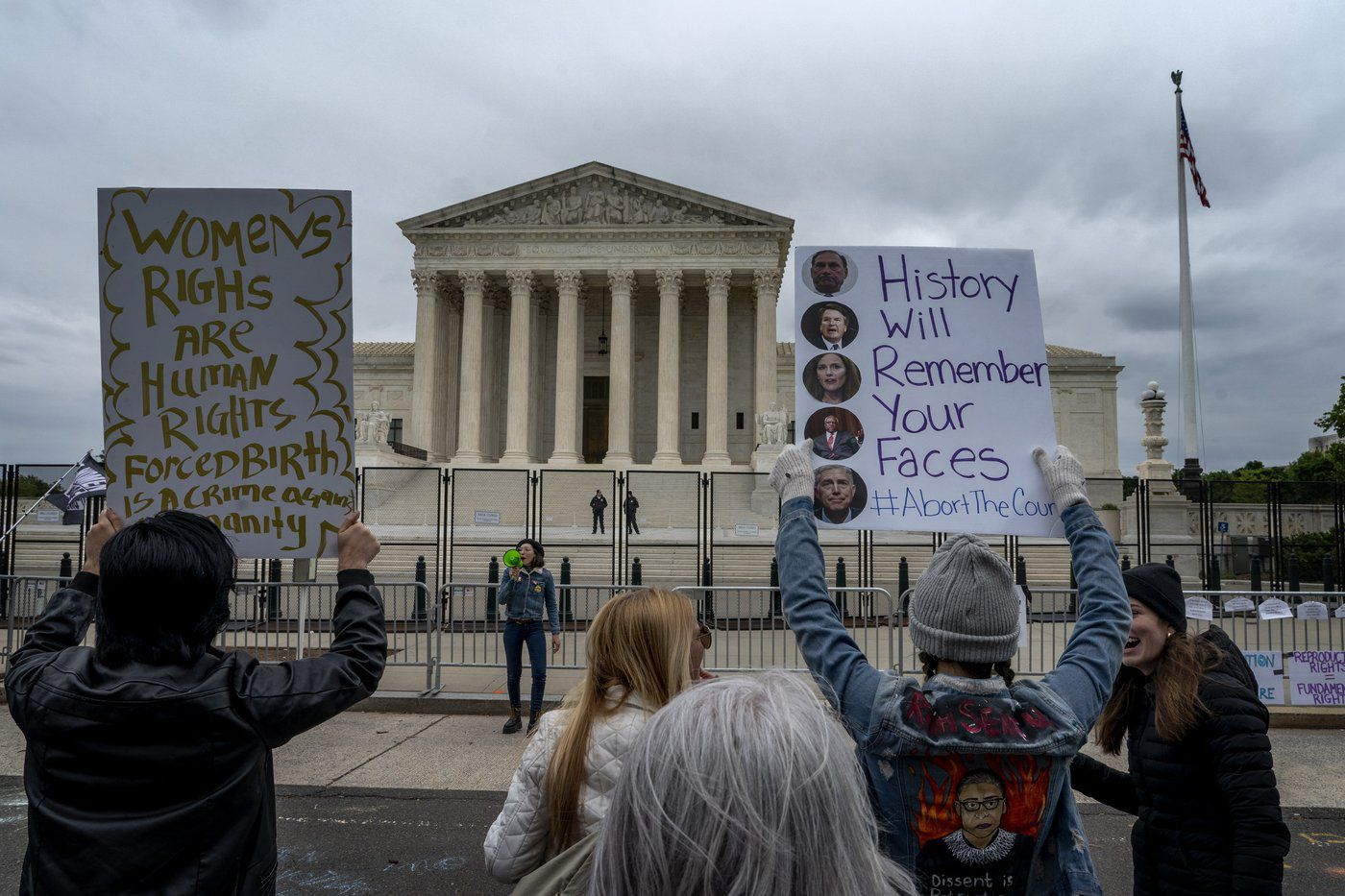 Abortion-rights protester Estephanie Ward uses a bullhorn to chant during a demonstration outside of the U.S. Supreme Court, on Sunday, May 8, 2022, in Washington. (AP Photo/Gemunu Amarasinghe)
Previous story
Next story

The Liberal government is spending $3.5 million on two projects to improve abortion access in Canada, as the re-emergence of the landmark Roe v. Wade case in the United States brings renewed attention to the issue on both sides of the border.

The funding stems from a year-old budget pledge to spend $45 million over three years to help organizations make sexual and reproductive information and services more available. Advocates said last week that none of the money had been paid out yet.

Health Minister Jean-Yves Duclos told a news conference Wednesday that the legal battle has been won in Canada and its regulatory framework is strong.

"And yet for too many Canadians, access to abortion remains a significant challenge. Access — that is where our efforts should be focused, and that is why we are here today," he said.

Duclos was joined by Women and Gender Equality Minister Marci Ien, who said those working to provide sexual and reproductive health services are very familiar with the barriers that youth, racialized, LGBTQ and rural-residing people face when seeking abortion.

"No one should be denied an abortion because it is too far to travel or too difficult to co-ordinate an appointment. We know that we have to do better," Ien said.

Ien said the news of the leaked U.S. Supreme Court draft decision that would overturn the right to an abortion south of the border made her feel "sick."

Action Canada for Sexual Health and Rights will use the federal money to expand programs that provide accurate information about sexual and reproductive health and referrals, as well as help cover women's travel and accommodation costs.

The National Abortion Federation will use funding to give women seeking abortion services financial and logistical help, as well as train health-care providers to administer those services.

"These investments reflect our belief that women and women alone have the right to make decisions about their bodies, as well as our unequivocal commitment to ensure comprehensiveness and accessible reproductive health care for all in Canada," said Duclos.

The Liberals chose to make the abortion access funding announcement as well as a separate announcement on gun restrictions on Wednesday — the same day the Conservatives are holding their official English leadership debate in Edmonton.

Abortion access and gun control are both issues the Liberals have long used successfully as wedges against the Conservatives during elections.

Liberal Judy Sgro didn’t disagree when asked if she thought there was still a way to use them to drive a wedge against the Liberals main opponents.

“Of course there is," said the veteran Toronto MP on her way into the Liberal caucus meeting Wednesday.

Trudeau said the announcements are both things the government had been working on for a long time because “these are things that matter to Canadians.”

But asked whether it was just a coincidence they happened to be bringing both topics up the day of a Conservative leadership debate, Trudeau demurred.

“We continue to work on all these issues as we will, but if the Conservatives want to talk about these things, I think it would be a very good idea for Canadians to know where their perspectives are,” he said.

Asked about the timing of the abortion funding announcement, Duclos said the government has been working with Action Canada and the National Abortion Federation for many months.

The announcement also came a day before an annual anti-abortion March for Life rally on Parliament Hill.

Anti-abortion group Campaign Life Coalition spoke Wednesday in front of the Supreme Court of Canada ahead of Thursday's rally, which typically attracts thousands.

Pete Baklinski, director of communications for the coalition, said the leaked U.S. Supreme Court document has made the issue of abortion "suddenly explode" in Canada.

Josie Luetke, youth co-coordinator, said the coalition expects that Roe v. Wade will eventually be overturned, representing one step toward "abolishing abortions" in the United States and across the world, including in Canada.

The Liberals promised last fall to bring in new regulations solidifying access to abortion services as a requirement for federal funding under the Canada Health Act, but Trudeau last week raised the spectre of doing that in legislation instead. That could make it more difficult for future governments to make adjustments.

On Wednesday, Trudeau said the government is still looking at the best way to proceed, noting there are experts who say legislation is best and others who think it is not the way to go.

The prime minister is "rightly so" keeping options open to have the ability to move quickly in a fluid situation, said Ien, "as we keep a close eye on what is happening."

The $45-million fund for organizations providing sexual and reproductive health services and information was first announced in the 2021 budget. The budget projected $16 million would already be allocated by now.

Advocates said while the money is welcome, more permanent funding for sexual and reproductive health care is needed.

Health Canada said nine contribution agreements worth $15.2 million have been signed, including these two announced for the first time Wednesday that involve access to abortion.

There are another five projects involving LGBTQ communities and two addressing youth.

This report by The Canadian Press was first published May 11, 2022.