Manitoba is flooding and there's more rain on the way 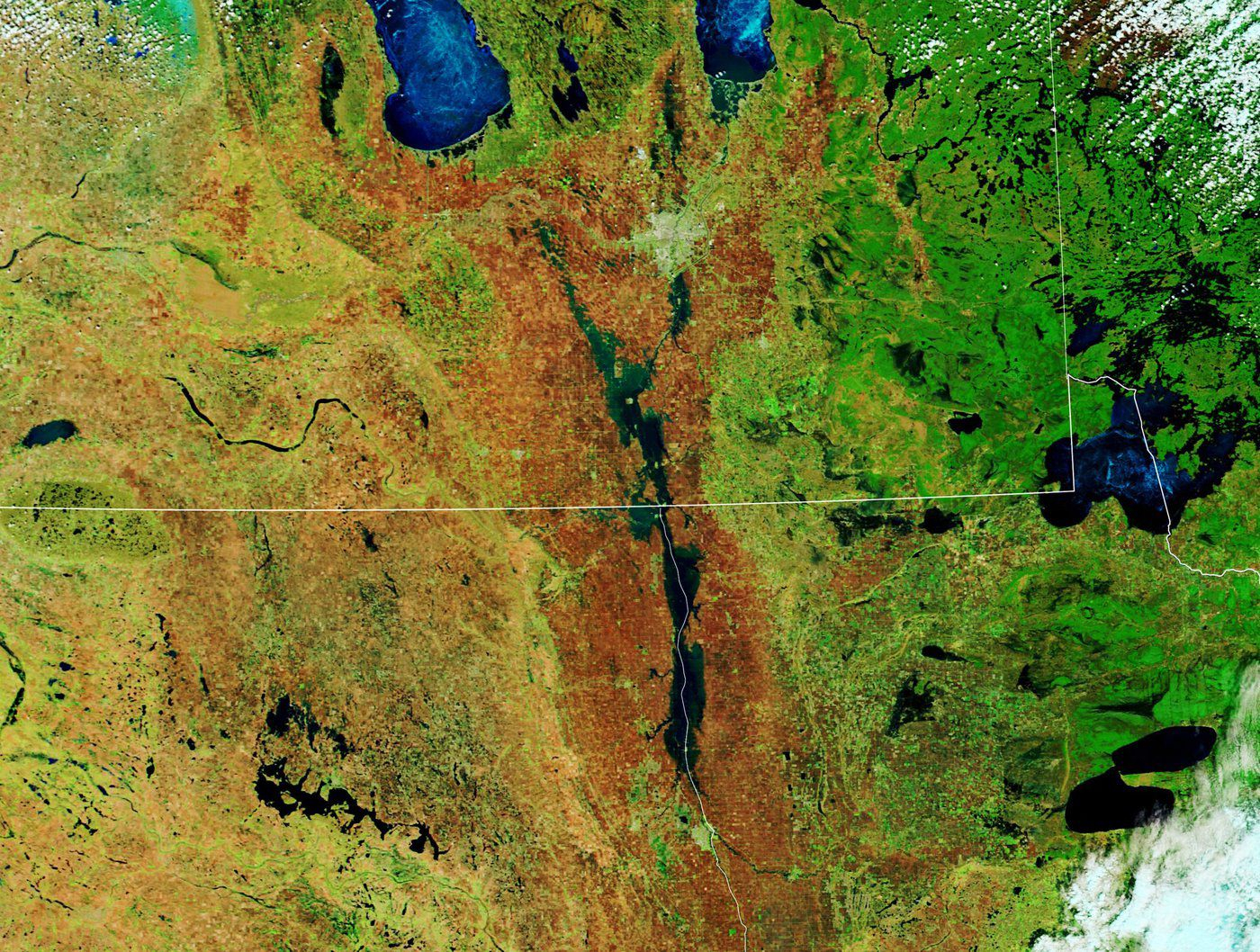 Flooding along the Red River on both sides of the Manitoba and Minnesota border is seen in false colour as observed by the Terra satellite in a May 10, 2022, handout image. Handout photo by NASA Earth Observatory, Lauren Dauphin
Previous story
Next story

Severe flooding that has displaced thousands of people in southern Manitoba has reached levels that are quite literally out of this world.

Satellite images of flooding in the Red River Valley were NASA Earth Observatory's images of the day on Thursday.

The two false-colour images, taken on Tuesday and Wednesday, show the flooded valley on both sides of the Canada-U.S. border.

The images were taken with sensors that are used to track Earth and climate measurements on two NASA satellites called Terra and Aqua. They orbit throughout the day, passing over the equator from north to south and south to north.

The image from Tuesday shows dark masses of flooded area around the Red River from Winnipeg south to Grand Forks, N.D.

NASA Earth Observatory said the images were produced using different settings within the sensors to better distinguish river water out of its banks.

Heavy snowfall and spring rainstorms have left many parts of Manitoba flooded, including the Red River Valley.

Flood warnings are in place for most parts of the Red River north of Emerson, near the border, the province said in its latest flood bulletin.

"The Red River peak is declining in Emerson, has peaked in St.-Jean Baptiste and (is) near peaking in Morris," Piwniuk said Thursday.

A new low-pressure weather system is expected to bring 20 to 40 millimetres of rain beginning Thursday with the possibility of some areas exceeding 50 millimetres.

It said heavy rain and thunderstorms were expected for the Winnipeg area and in the western part of the province near Brandon.

"The risks we have with this rainfall event is obviously an exasperation or worsening of overland flood concerns in any area that's having flooding issues," said Alysa Pederson, who is a meteorologist with the weather agency.

"When we get severe storms or thunderstorms that can drop 50 millimetres over a couple of hours even in mid-July, it can cause localized flooding. So it's not going to be a good situation where there is already a lot of flooding or overland concerns."

Pederson added the combination of heavy rainfall and strong winds means there is a concern of further washouts for some areas.

There is also a high risk of ice piling up on the east shore of Lake Manitoba including areas along Twin Lakes and Lundar beaches, the province said. Strong winds could also cause water levels in flooded areas of the Red River Valley to rise by up to about 30 centimetres.

Parts of Manitoba have recently been battered with heavy snow and rain. Most southern Manitoba basins received 20 to 40 millimetres of rain earlier this week.

Pederson said these amounts are normal for this time of year but not with the same frequency.

"We don't usually see this many consecutive events occur. Usually, there's one or two. This is (the) fourth or fifth week here with another system moving through."

There are 28 municipalities and four First Nation communities that have declared states of emergency, with 2,500 people out of their homes.

Three municipalities have requested resources to help with flooding ahead of the expected rainfall, said Piwniuk.

This report by The Canadian Press was first published May 12, 2021.

— With files from Steve Lambert in Winnipeg