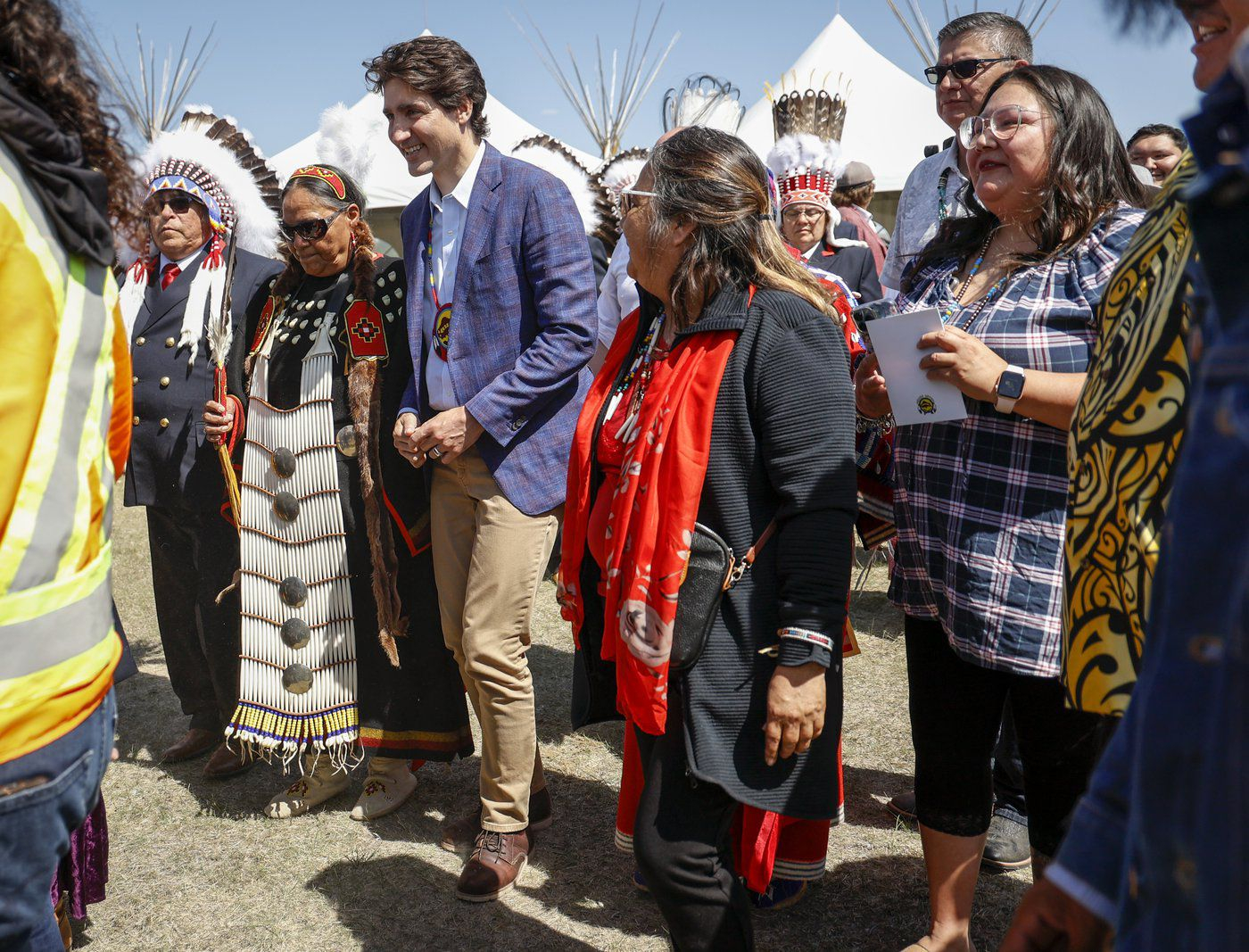 Prime Minister Justin Trudeau and the chief of a southern Alberta First Nation have signed a historic land-claim settlement which the federal government says is one of the largest of its kind in Canada.

"We're gathered today to right a wrong from the past," Trudeau said during the ceremony held where the original treaty was signed 145 years ago.

Since 1910, Siksika Nation has been deprived of half of their land base and their fair share in the wealth of these lands. This is more than just the material value, but the importance to culture and community.#cdnpoli pic.twitter.com/wB26hYspkl

"We're gathered to give ourselves a chance to start rebuilding trust between us, nation to nation."

The federal government said the settlement dates back more than a century to when Canada broke its Blackfoot Treaty promise and took almost half of Siksika's reserve land, including some of its agricultural lands, to sell to people who settled in the area.

The agreement provides $1.3 billion in compensation to the First Nation to resolve outstanding land claims, which include about 46,500 hectares of Siksika's reserve and certain mineral rights taken by Canada.

Miller drew applause when he addressed the crowd in Blackfoot in a speech that last nearly three minutes.

"We'll see if I can do better in English," Miller joked after he had finished.

Trudeau said it's important to move forward with Indigenous people as partners.

"This settlement will enable you to invest in your priorities like infrastructure, education and supports for elders and youth," he said. "It will create new economic, social and cultural opportunities."

Crowfoot said the settlement doesn't make up for past wrongs, but it will make a difference in people's lives.

"This land claim — $1.3 billion, that's a lot of money — it will never make it whole of what it was before. But we've got to move forward. What the $1.3 (billion) can do is provide opportunities, opportunities we didn't have before.

"I do see the tide turning for Siksika … I see us becoming a thriving nation."

Crowfoot said some of the money is to be spent on addressing issues that affect its members.

"We are the second-largest First Nation from a land perspective, yet we don't have policing on the reserve," he said. "We're working to get our policing back.

"We are working through the residential school searches and mental health."

The Siksika website indicates each member is also to receive $20,000 in July as part of the settlement.

In his initial speech during the signing ceremony, Crowfoot noted that he wasn't sure yet if he considered Trudeau to be a friend.

He explained at a media availability later that he knows Miller has proven to be a friend of the Siksika people.

"I have about three friends that I consider close friends. This is the first time I've ever met the prime minister," he said.

"How do we work on these relationships so I can call the prime minister a friend? I don't call him an enemy."

— With files from Colette Derworiz in Calgary