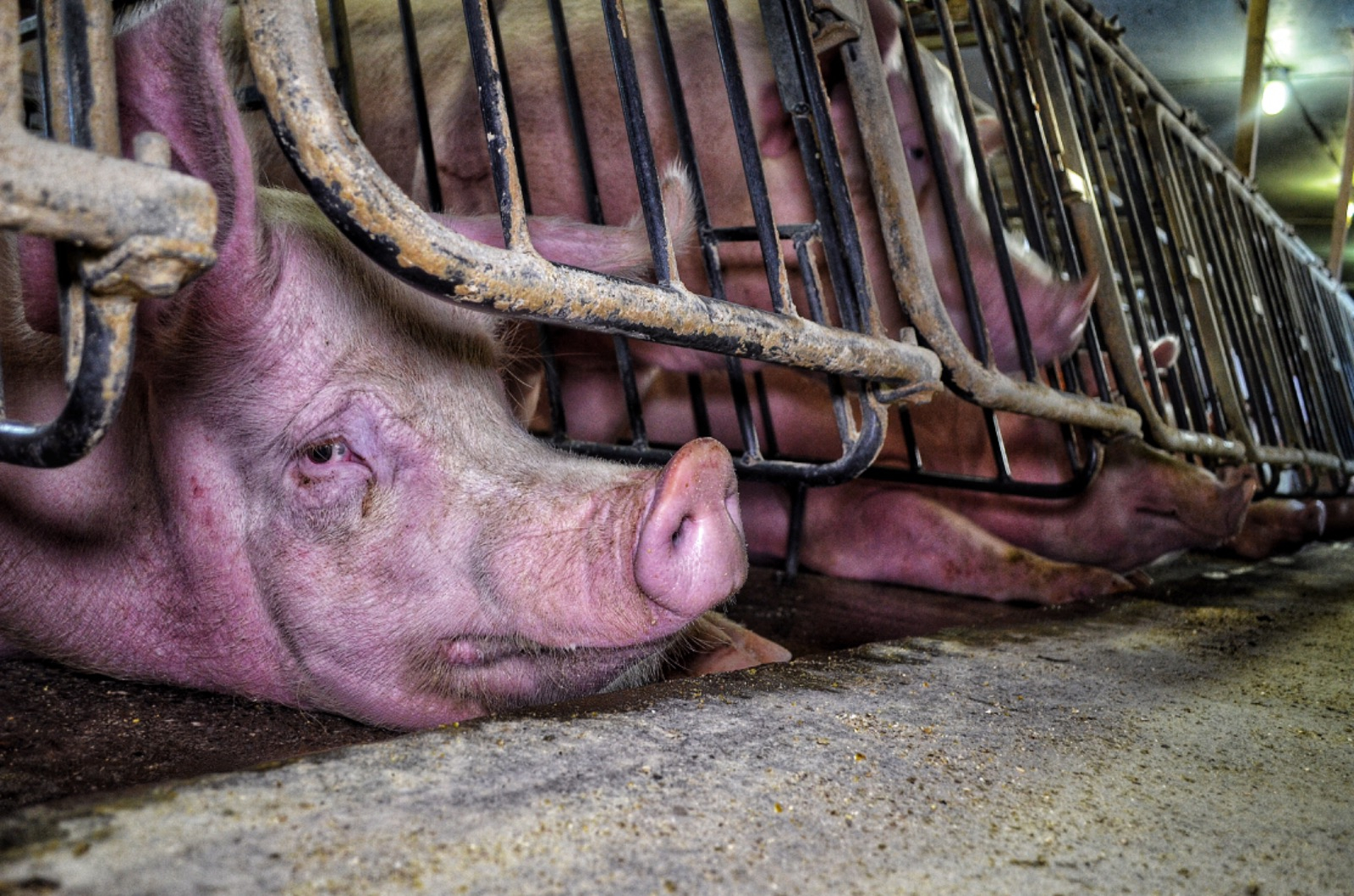 For those concerned about animal welfare, facilities in provinces like Quebec raise the red flag of the negligence of government agencies, animal welfare and food safety. Photo by Shay Lee
Previous story

How well we lionize physical courage while repudiating bravery’s rarer form — moral courage. That’s the ability to know what is right, writ-large, and what is wrong (no matter what the law) and then to act on it, not for self-profit or glory or even selfies, but because not acting is intolerable.

For that rare courage, 11 animal cruelty whistleblowers could face prison. They committed an act of civil disobedience, an act of kindness, that changed their lives forever.

In the early hours of Dec. 7, 2019, these members of the social justice group Rose’s Law entered a barn through an unlocked door at the Porgreg pig breeding facility in Saint-Hyacinthe, Que. Inside, they videotaped vile conditions. Seven hours later, they were arrested.

A video taken after the break-in shows hundreds of cobwebs dangling from the ceiling and an open flame emanating from a hazardous light. As videographer Jenny McQueen walks along a corridor of gestation crates, pregnant and nursing sows appear slotted between corroded metal bars like the wheels of bicycles in an apocalyptic bike rack.

“Flies are everywhere,” she narrates. “The air is thick with ammonia.” In a dark corner, a lone piglet lies dead. In overcrowded pens, young pigs wade through feces, their bodies coated in filth.

For those concerned about animal welfare, facilities like Porgreg red-flag the negligence of government agencies tasked with ensuring farmers meet the physical and emotional needs of their animals. That negligence risks food safety and public health.

Bacteria breed in barns like this, and climate change makes it easier for them to jump from animals to humans.

For those concerned about animal welfare, facilities like Porgreg red-flag the negligence of government agencies to ensure farmers meet the physical and emotional needs of their animals, writes @KarenJLevenson. #PigTrial4 #factoryfarming #Porgreg12

This facility isn’t an outlier.

Whistleblowers have recorded similar conditions at farms in British Columbia and Ontario. Yet, the pork industry still encourages producers to tell stories of the great job they are doing caring for pigs.

“Canada’s animal welfare standards are among the highest in the world,” Quebec Pork Breeders president David Duval said after viewing one of the whistleblowers’ videos.

“I treat my pigs well,” Porgreg’s owner told the court. It’s a common refrain from an industry desensitized to cruelty and disincentivized to report it.

During the trial, Porgreg’s veterinarian François Cardinal testified that he failed to see any animal abuse during his farm visit after the break-in, or in the witness videos shown in court. Such conditions as the feces-covered floors were standard for the industry. He leads a technical health unit at Quebec’s Pork Health Team while managing production operations for Nagano Pork, which processes 400,000 pigs annually and is owned by Quebec’s leading pork producer, Groupe Robitaille. He also runs an ambulatory veterinary service for independent and small family-owned pig breeding facilities.

In his verdict, however, LaBrie wrote that “several of those images are impactful, poignant, troubling, and disturbing.”

With over two billion animals in Canada already slaughtered for food this year, it’s shocking no laws protect them on farms. Instead, Canadian producers rely on voluntary Codes of Practice developed by scientists beholden to the industry and approved by industry stakeholders.

In 2015, Quebec acknowledged animals’ sentience but excluded farm animals from legal protection against industry practices. In 2014, pig producers promised to eliminate gestation crates by 2024 but won an extension until 2029. They now want to add Quebec to the growing list of provinces (Ontario, Alberta, Prince Edward Island and Manitoba) with ag-gag legislation.

Although Quebec’s Animal Welfare and Safety Act states humans have “an individual and collective responsibility to ensure animal welfare and safety,” farm inspections aren’t warranted unless someone complains. Citizens who lodge complaints must first gather evidence. But when they do, the industry portrays them as terrorists and provincial governments portray them as criminals.

Without whistleblowers, the industry would remain hidden behind its public relations campaigns. Nine days after the break-in, Quebec’s agriculture ministry (MAPAQ) sent an inspector to Porgreg. His report describes the facility as overcrowded, improperly ventilated and infested with insects. It documents piglets living in feces and dying in crates.

The 11 co-defendants last appeared in court on May 6 but have not yet received their sentence. LaBrie promised to schedule a three-day hearing, possibly for the fall. Lawyers have already begun work on the defendants’ appeal.

No matter the outcome, one thing is certain: the 11 follow in the footsteps of all great social reformers who answer to a moral authority higher than the courts — their conscience. And for that, we should all be grateful.

Karen Levenson is the author of Confessions of an Animal Rights Terrorist, an insider's account of the decades-long campaign to end the commercial seal hunt. She was a federal candidate for the Animal Protection Party of Canada in 2021 and has worked for a number of national and international animal and environmental organizations. She lives in Guelph, Ont.

Incidentally, contrary to stereotype there is evidence that pigs like being clean. Someone did an experiment where they put in a pressure-activated shower in the pig barn/pen/whatever--you step in and your weight makes the shower come on. Turned out the pigs used it a lot--they seemed to really like taking showers.

The Guardian has an

The Guardian has an investigative piece today that begins “Tens of millions of farm animals in the US are dying before they can be slaughtered...” No, those words are not meant as black humour; they are the logic of the meat industry. Those animals need to stay alive long enough for us to kill them; otherwise, there goes our profit.

“Welfare” reforms (i.e., keeping animals just healthy enough to keep the wheels of the mass-slaughter industry turning smoothly) can never enable animals to lead flourishing lives because as long as animals remain commodities, their vital needs are inevitably subordinated to the profit motive and their destination is an early death. Putting an end to the property status of animals and treating them instead as sentient beings with minds, emotions, and the right to live flourishing lives would mean putting an end to the meat industry.

As the New York Court of Appeals majority opinion said yesterday in its decision denying Happy the elephant the right to be released from a zoo, granting Happy the right to liberty from confinement “would have an enormous destabilizing impact on modern society”, as it would have implications for all sorts of uses of animals. Indeed it would. It would begin to undermine our utter domination of, and right to exploit, the other inhabitants of this planet. And we’re not going to allow that to happen.