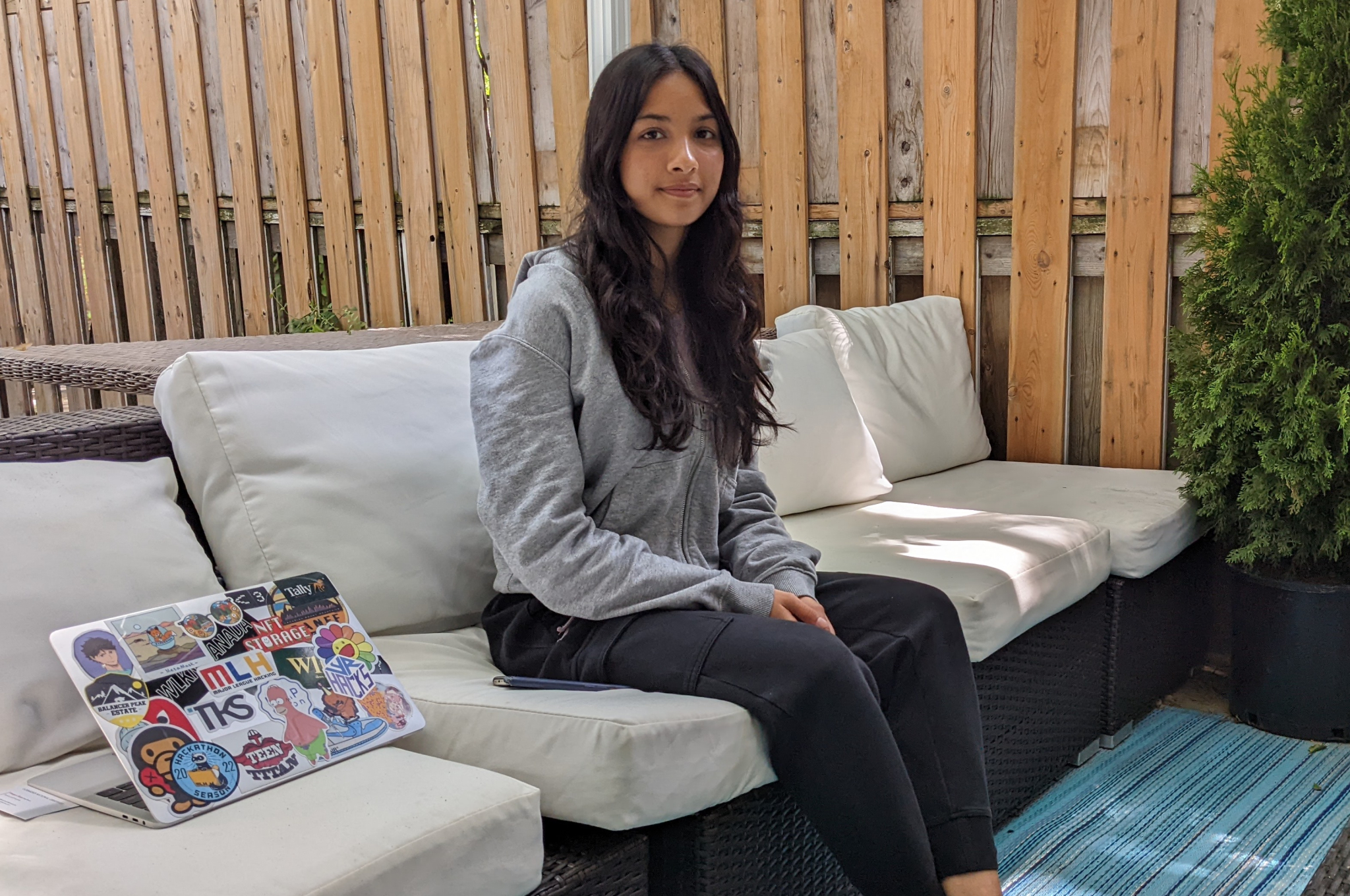 Aleeza Jahan, a Grade 11 student at Tommy Douglas Secondary School just north of Toronto, and her teammates in The Knowledge Society’s innovation program have come up with a plan to help fix India's air pollution problem. Photo by Morgan Sharp
Previous story

Lots of young people fret about the world's seemingly intractable problems, but only a small subset have a global network at their fingertips who can help make change happen.

For 16-year-old Aleeza Jahan, that network is helping to tackle a massive conundrum: the chronic air pollution that clogs India’s cities and leads to millions of premature deaths each year.

In May and June, end-of-harvest crop burning on farms outside the Indian capital of New Delhi makes up around 30 per cent of the city's total air pollution, she said.

“Most farms in India are concentrated in Punjab, and what happens is because of the geography, the smog that comes from crop burning is ... kind of pushed into New Delhi,” Jahan explains.

But the Grade 11 student at Tommy Douglas Secondary School just north of Toronto and her teammates in The Knowledge Society’s innovation program have come up with a plan, formatted as a deck of recommendations that could be presented to the United Nations.

They want to pay farmers who send the materials left in their fields after harvest season to biofuel companies rather than burning it. The group has even talked to a few transportation companies in the region about partnering to pick up leftover crops during the next season as part of the students' plan to build a digital marketplace to manage connections, transportation and other logistics.

There is a growing demand for biofuel in India as the country's government tries to lower its carbon footprint, although the industry is still niche and only a small portion of farmers are currently involved in efforts to reuse plants leftover after harvest, Jahan said.

That might have been the end of the exercise, but with a global network of peers from TKS programs, Jahan and her Plus project are now in touch with an alum at an NGO in Punjab who is connecting them to more local stakeholders to help develop the idea into reality.

“I think having that network is genuinely one of the most important things that I've gotten from this program,” she said. “Because when I'm in school, I often have a very different mentality than when I’m around the people I am in TKS.”

More than 200 students joined this year’s cohort in person in Toronto, with a similar number signed on in Ottawa and Vancouver, administrators said. More than 500 students joined a virtual version of the program from more than 35 countries.

Aleeza Jahan wants to help reduce India’s chronic air pollution, and the 16-year-old high school student from Vaughan, Ont., is tapping into a global network of other engaged teens to try to make it happen. #TheKnowledgeSociety

In that environment, Jahan said her mindset is: “I’m in a room full of people who are smarter than me. And that's what I love.”