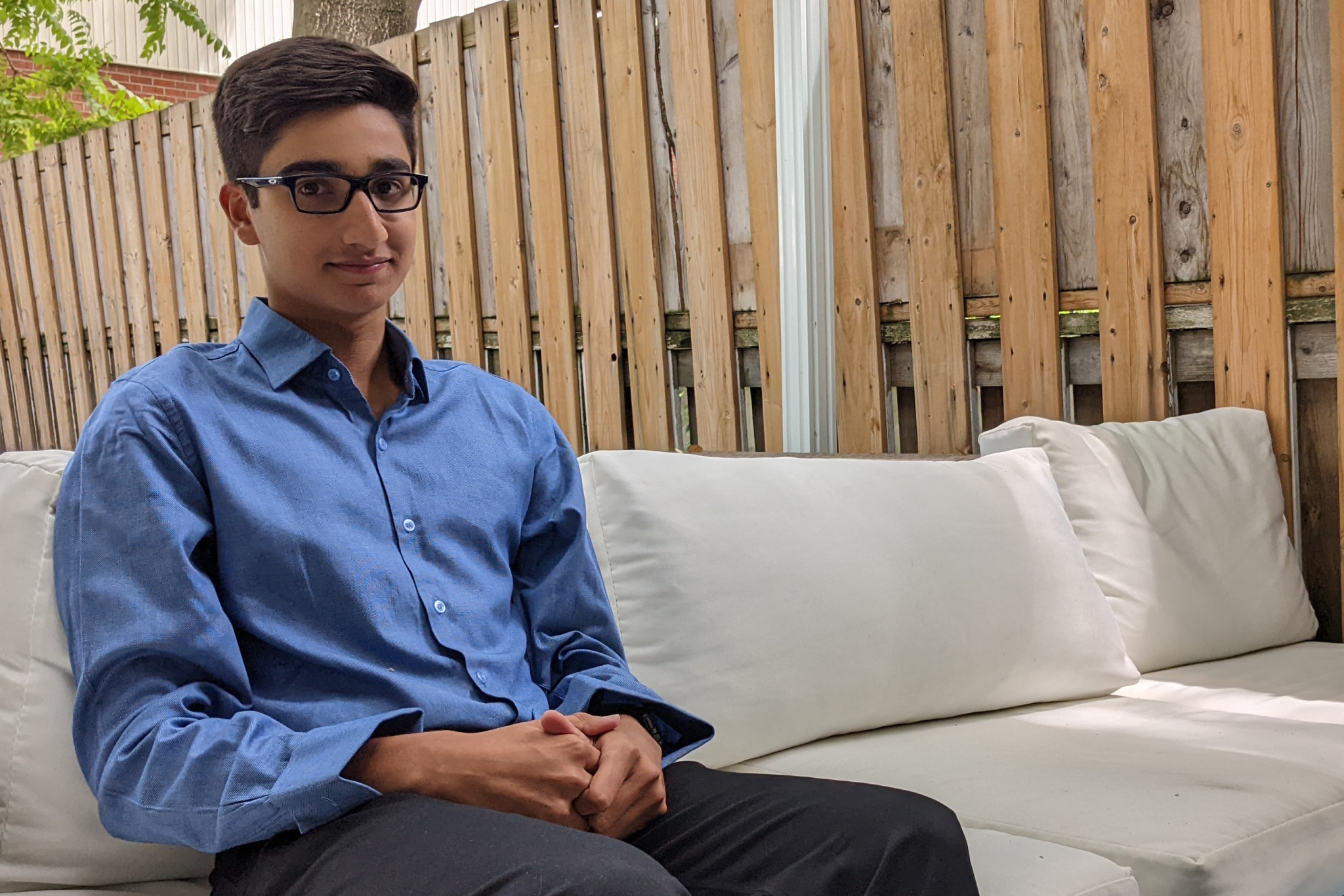 Aahaan Maini wants to use forecasts of blood supply and demand in India to limit the number of deaths due to lack of access. Photo by Morgan Sharp / Canada's National Observer
Previous story

India’s medical providers don't have enough blood supply to care for patients or a way to get it to those who need it most. If they did, Aahaan Maini says, it could save lives.

The Grade 10 student at Oakville Trafalgar High School and his project partner Kabeer Makkar want to help solve the last of those issues with Circulate, their proposed service to “crowdsource the transportation of this blood.”

“In India, you have private blood banks, army hospitals, government blood banks and a lot of different stakeholders, and there's no central co-ordination for a lot of this,” the 16-year-old said. “Which leads to a lot of misunderstandings, a lot of wasted units, a lot of miscommunication within the health-care system, which is obviously a big problem.”

Maini said that while India needs some 2.5 million more units of blood than it currently collects (which meets about 80 per cent of the country's demand), there can often be an oversupply in major cities that doesn’t make it to rural areas dealing with shortages.

Maini hopes to initially tap into a central blood bank inventory in India that launched a few years ago called E Rakt Kosh. The inventory system requires government-run blood banks to keep track of how much of each blood type they have. From there, the Toronto-area teen aims to expand to private hospitals and other sources.

He said to solve the transportation issue requires two pieces of knowledge: where the blood needs to go and how to physically move it.

For the first part, he’s designing a “load-balancing algorithm” that takes in forecasted supply and demand as well as surgery schedules to pinpoint where blood is needed most.

For the second, he is trying to get the attention of Ola Cabs, India's main ride-hailing rival to Uber, to help move the precious cargo and refrigeration companies to keep it cold on the way.

“We’ve been talking to a lot of connections,” Maini said, including private hospitals that likely offer the lowest barriers to entry due to less regulation of their operations. He plans to follow up with in-person pitches in Punjab, Chandigarh and Delhi in the north and Pune and other cities in the south during a family trip this summer.

“It’s pretty hard to get that perspective when you’re sitting halfway across the world, especially when you’re trying to kickstart something,” said Maini, who was born in Dubai, moved to Finland when he was four, then Austria a few years later before arriving in Canada when he was 10.

“So I'm going to India this summer to try to talk to blood banks, understand their problems and then see if I can get some sign-ups and actually launch a pilot in the next one to two years,” he said.

While Maini would like to offer the service in a series of statewide networks across the country, he said a first effort could involve just three to five hospitals near one another to prove the concept. The project could yet evolve based on the feedback he receives on the ground, he added.

“The main thing is just working on what’s exciting to me right now and not committing to [it for] too long,” he said. “We’re going to grind on this till the end of summer and see whether it still makes sense” or if it could evolve into any other unique opportunities, he said.