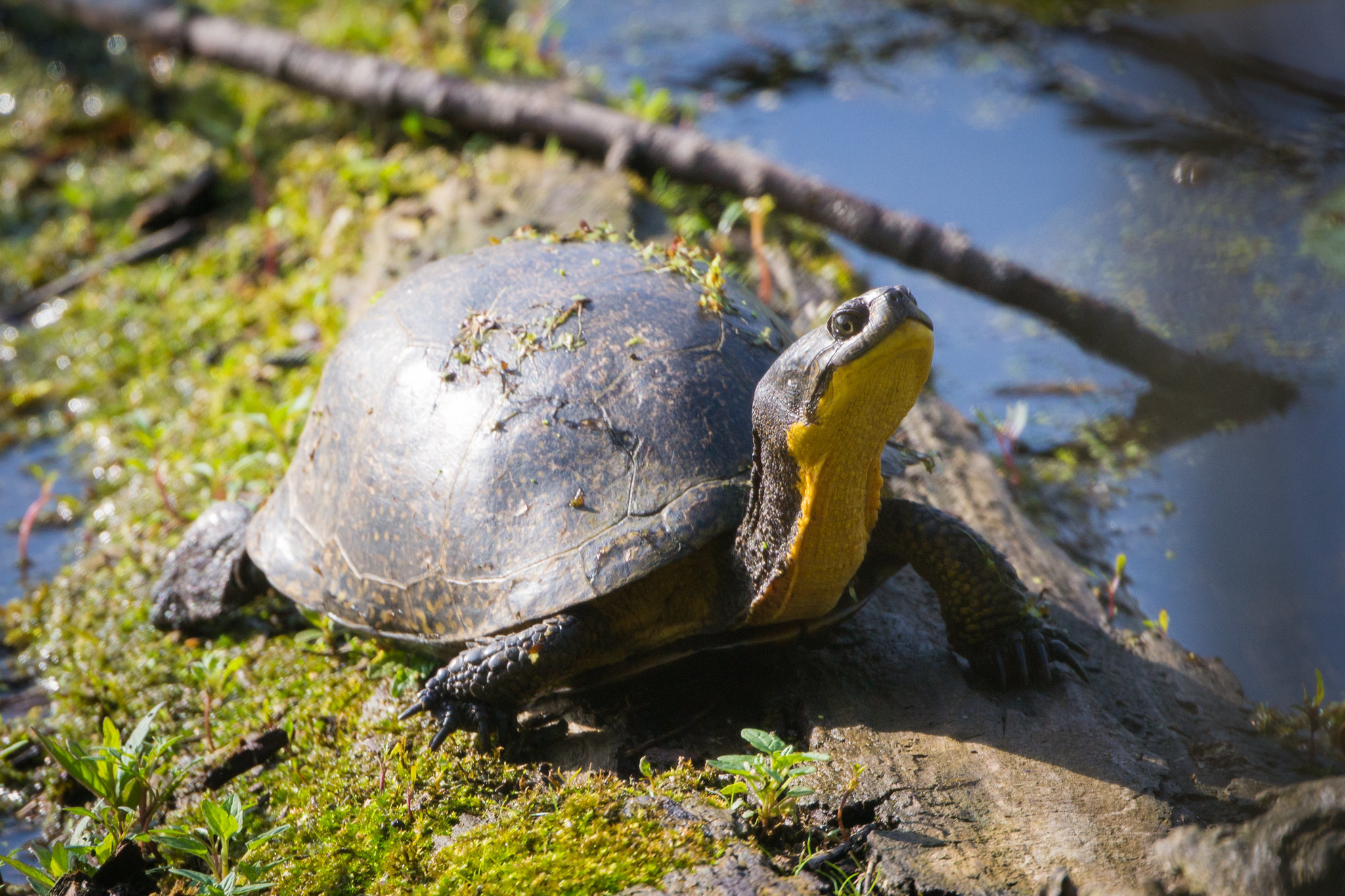 Graydon Smith, MPP for Parry Sound—Muskoka, is named in a court case alleging he was partially responsible for putting a threatened species at risk last summer when he was mayor of Bracebridge, Ont. Before becoming an MPP, Smith served as mayor of the town for more than a decade; he was named Ontario’s minister of forestry and natural resources Friday. The accusations have not been proven in court.

Michael Opara owns a hobby farm in Bracebridge, about a two-hour drive north of Toronto. He said two years ago, he noticed Blanding’s turtles nesting in a creek near the town’s Peace Valley Road. The turtles, which have yellow chins and necks and can live up to 75 years in the wild, are a threatened species under the province’s Endangered Species Act.

Other species of turtles, like painted turtles and snapping turtles, also nested at the creek, according to Opara.

Opara said he emailed town council last June, asking the town not to continue routine grading work on the road during the turtles’ nesting season, which runs from June to August. He said only three people lived in the area and that he asked the town to postpone development until the fall.

The town continued grading work in June anyway, Opara said. While he noted two “turtle crossing” signs were put up near the nesting site, Opara alleges the roadwork put the turtles and their habitat in danger.

“We have got to protect our natural heritage,” Opara said. “We can’t live in a concrete jungle.”

That’s why Opara is taking Smith, the Town of Bracebridge and two town officials to court. On June 21, a justice of the peace signed off on the charges and ordered the case to proceed to court.

The Town of Bracebridge is accused of harming or harassing Blanding’s turtles and endangering their habitat. Smith and two town officials are accused of directing, participating in or assenting to these infractions.

Curtis Lindsay, press secretary for Ontario’s Ministry of Natural Resources and Forestry responded on behalf of the ministry in an email to Canada’s National Observer.

“Council heard the concerns raised and sought mitigation measures before moving forward with the project,” Lindsay said, adding the Town of Bracebridge was in a better position to comment.

Sarah Hahn, a partner with Barriston Law, which is representing the Town of Bracebridge, said in an emailed press statement she is confident the case will be thrown out and has no grounds.

“The fact is, and the evidence will show, that the town acted diligently and appropriately in completing required road works within the vicinity of turtle habitat,” Hahn wrote. “It is unfortunate that town resources must now be used to respond to these baseless accusations.”

Smith and the Town of Bracebridge could not be reached for comment at the time of publication.

The hearing is scheduled for Sept. 21 at the Ontario Court of Justice in Bracebridge.

Opara said he hopes the charges will encourage the province to protect its endangered species.

This story has been corrected to reflect that Curtis Lindsay, was acting as press secretary for Ontario’s Ministry of Natural Resources and Forestry.

This story has been updated to clarify the two other individuals named in the case are town officials but not members of town council.

The same thing happened in

A wetland protected under this gang's own legislation, and the endangered species on it, was paved over for a casino.

A casino. Because it's SUCH a good employment opportunity. And adds to the societal quality of the area (/S). And the profits don't even come into the community.

These people are vile. Change the spelling on that, and it's still accurate.

That moment when a right

That moment when a right-winger suddenly realizes that stupid greenie environmental laws are still . . . laws.