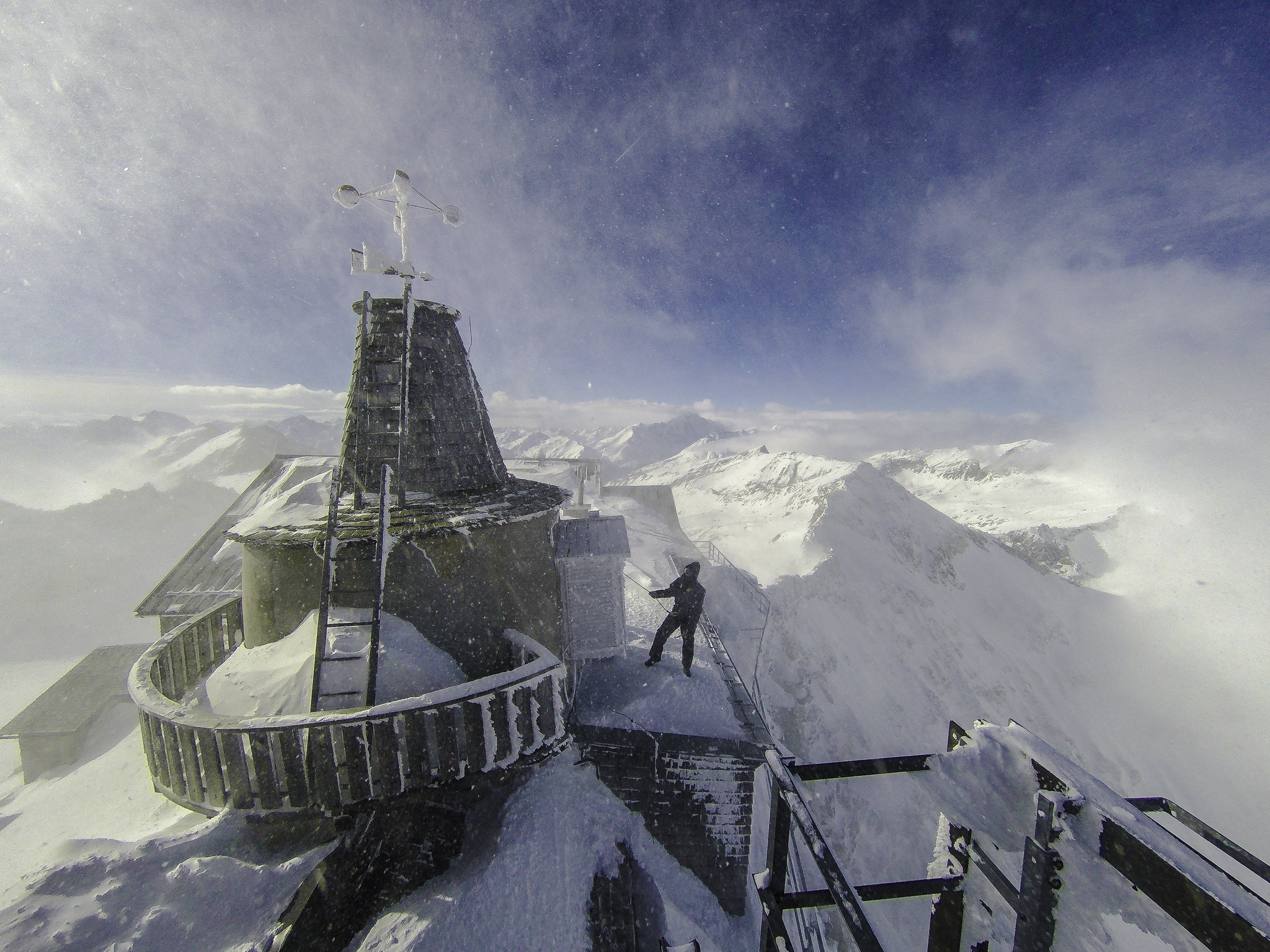 Sonnblick was built in 1886, for scientists to explore the higher levels of the atmosphere. Photo via ZAMG/Flickr (CC BY-NC 2.0)
Previous story
Next story

The snow at the highest observatory in the world to be operated all year round is expected to completely melt in the next few days, the earliest time on record.

Scientists at the Sonnblick observatory in the Austrian Central Alps, which is 3,106 metres above sea level, have been shocked and dismayed to see the snow depleting so quickly.

Some years the peak is covered in snow all summer. But this year, it has melted more than a month before the previous record time, which was Aug. 13 in 1963 and 2003.

Alexander Orlik, a climatologist at the Zentralanstalt für Meteorologie und Geodynamik, said: “The snow depth today was three centimetres. I expect it to be completely gone by today or the day after. It is not usual for the snow to melt completely down. In some years, the snow cover is there the whole summer. But the earliest it has before is August.”

Dramatic news from the Alps:Mount Sonnblick in Austria (3100m) hosts the mountain observatory with the longest and most reliable climatic data.Seasonal snow has never melted earlier than 13 August (1963 and 2003),today the snow depth is 9cm and it'll probably be gone by tomorrow pic.twitter.com/prZIrB4GQl

Throughout June, snow has been at the lowest levels since records began in 1938.

The observatory publishes the snow level every 10 minutes, along with other data. Rainfall affects the measurements. But the steady downwards trend is clear to see, and as of Tuesday, the snow was down to just a couple of centimetres.

Sonnblick was built in 1886, for scientists to explore the higher levels of the atmosphere. Since then, it has been used by meteorologists to forecast the weather and hosts the mountain observatory with the longest and most reliable climatic data.

The peak at Sonnblick in the Austrian Alps has melted more than a month before its previous record time. #ClimateCrisis #GlobalHeating

The heating climate in Europe, where there have been scorching heat waves, has caused much of the snow and ice on the mountains to melt unusually quickly.

This had a tragic outcome recently at the Marmolada mountain in Italy, where at least seven people died after a glacier collapsed, causing an avalanche. Scientists linked the disaster to the climate crisis, as the ice has become weakened due to sustained heat.