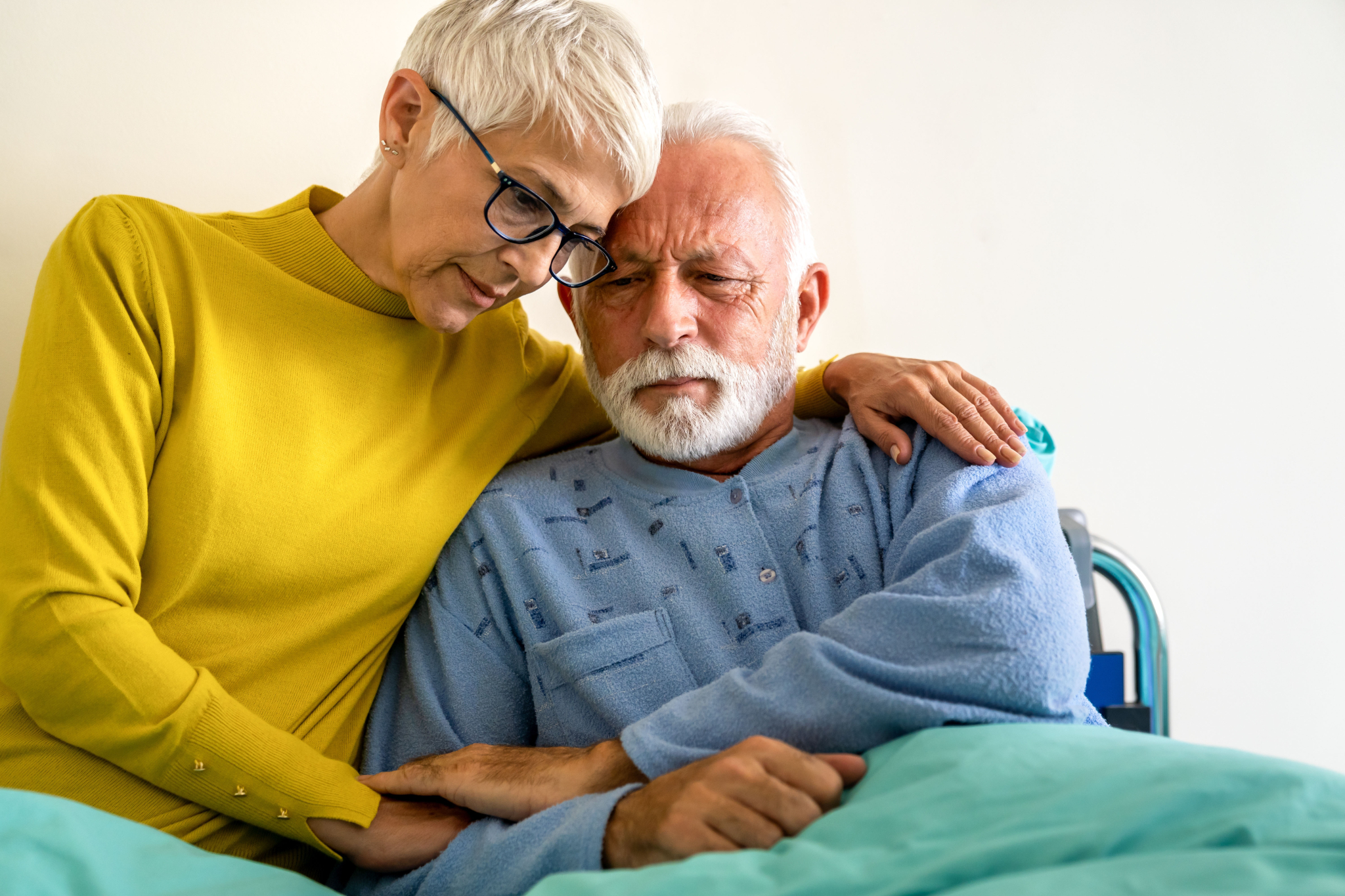 With the latest changes to our Medical Assistance in Dying (MAiD) laws, we have not witnessed a slippery slope in Canada, we have fallen off a cliff. Photo by shutterstock
Previous story

As our Medical Assistance in Dying (MAiD) laws expand, even supporters of MAiD have become alarmed at how widely the net is being cast. Introduced in 2016 only for when death was foreseeable, expanded in 2021 to the non-dying disabled and slated to expand to those with mental illness by 2023, expansionists are pushing for even further expansion of assisted suicide to children.

We have not witnessed a slippery slope in Canada, we have fallen off a cliff.

I am not a conscientious objector. I am physician chair of my hospital MAiD team. I have both seen the benefits of MAiD in appropriate situations, and been sensitized to its dangers in inappropriate ones. I have come to realize Canada’s rapid MAiD expansion is a tale of two cities. Two worlds, actually.

When death is foreseeable from a predictable medical condition, people seek MAiD to preserve dignity and autonomy and to avoid painful deaths. Research shows those seeking MAiD in these situations tend to be white, more educated and more privileged, with a 50/50 male/female ratio. That has falsely been used to suggest euthanasia is safe to expand to the non-dying.

When expanded to the non-dying disabled for mental illness, evidence shows suicidal and marginalized individuals, those with unresolved psychosocial suffering like loneliness, poverty and isolation, seek MAiD. A troubling gender gap also emerges of twice as many women as men being euthanized for mental illness. Rather than death with dignity, these individuals are seeking an escape from life suffering and would benefit from suicide prevention strategies.

Experts including the Centre for Addiction and Mental Health, the Expert Advisory Group on MAiD, and the Canadian Association for Suicide Prevention have all concluded it is impossible to predict irremediability of mental illness in any individual.

Ignoring this, the Canadian Psychiatric Association chose to push ideology rather than evidence by repeatedly claiming it would be “discriminatory” unless those with mental illness were provided “the same options regarding MAiD” available to those with irreversible and predictable degenerative medical conditions while admitting it advocated this without having considered whether or how mental illnesses could be predicted irremediable.

The so-called sunset clause in Bill C-7 mandated providing psychiatric euthanasia by 2023, but you cannot mandate manufacturing non-existent evidence. The recent federal panel, chaired by a staunch psychiatric euthanasia expansionist, was tasked with providing safeguards and guidance on how to implement MAiD for mental illness. The panel remarkably concluded that no new safeguards are needed in legislation, and failed to provide any guidance on thresholds for establishing “incurability” or “irreversibility” before providing assisted death for mental illness.

This sets the stage for those suffering from mental illness, who could improve, receiving death as a treatment for life suffering.

Two members of the federal panel resigned before the report’s release, including its health-care ethicist publicly writing that “in good conscience,” he could not sign off on the report. We have had podcasts of Canadians saying, “I die when I run out of money” and international headlines asking, “Why is Canada euthanising the poor?” Yet the federal government seems intent on providing euthanasia to marginalized and potentially suicidal people suffering from life distress during periods of resolvable despair, with our prime minister defending our country’s MAiD expansion in the House of Commons in May.

With the latest changes to our Medical Assistance in Dying (MAiD) laws, we have not witnessed a slippery slope in Canada, we have fallen off a cliff, writes Sonu Gaind @Psych_MD. #AssistedDying #MAiD #MentalHealth #SuicidePrevention

I think we are setting ourselves up for a future national apology.

I grew up hearing the story of the Komagata Maru, about those who were refused entry to Canada and sent back to India, some to their deaths. As a child, it showed me that the same policy, the Continuous Passage Act at the time, could ostensibly “be the same” for everyone, yet in reality, discriminate against some. I view our current MAiD expansion the same way.

That’s the tale of two worlds. The same law, but different impacts on different groups.

It is a myth that expanded MAiD is just about autonomy. Expansion may increase privileged autonomy for some to die with dignity, but it does so by sacrificing other marginalized Canadians to premature deaths for escaping painful lives that we failed to allow them to live with dignity.

That’s not the Canada I grew up in. It saddens me we’re descending to become the Canada where death becomes the answer for resolvable life suffering. The PM’s own mother has spoken publicly of seeking death during periods of despair while suffering from mental illness. Fortunately, she was able to survive and thrive, but only with the support of her family and the best medical care in the country. All of our mothers should be given the same chance.

Dr. K. Sonu Gaind is a professor of psychiatry at the University of Toronto and a former president of the Canadian Psychiatric Association. He sat on the Council of Canadian Academies’ Expert Panel on Assisted Dying and Mental Illness, and is physician chair of the Humber River Hospital MAiD Team. Twitter: @Psych_MD

I am totally fed up with the

I am totally fed up with the medical community telling me that I would never be eligible for MAID because 1. My family doctor is a Christian and believes people should bear suffering because Christ did so. That is her religion not mine. I do not believe in an hereafter so I do not believe I would escape into a warm, fuzzy afterlife where all wrongs will be righted. 2. I have a previous diagnosis of depression though NO antidepressant helped, they made me feel worse. ECT did not help. No add on such as anti anxiety meds, antipsychotics, mood stabilizers, no sedatives ever helped. I view the whole mental health field with great suspicion. There is no biological test that can prove with absolute accuracy that a person has a mental disease. Drug trialls base efficacy on self reported systems and pharmaceutical companies, who have spent a great deal of money, time and effort, have a vested interest in proving that they are effective. I have several physical disorders that will not get better only worse as I age. One such is a giant hernia, seen by several surgeons, that is likely inoperable and even if I did find a surgeon to operate the morbidity is from 40-80% and due to my age and other conditions I would be at the high end of that scale. I live in constant pain. Who are you to tell me or anyone else that I am not eligible for MAID. Instead you want me to live in endless pain. Give me the pills and I will kill myself and you can sit in your ivory tower and make judgments about other people’s lives and painful existence. I owe no thanks to a psychiatrist who at one time worked at UBC,now retired, who told me it was extremely doubtful I would ever get better. Well here I am today not taking any damn psychiatric medications. That person sent me on a downward spiral that was likely unintended, but very real despite whatever the intentions were. I want no other person making judgments about my life and what it might be like and what I should be asked to endure. The name is my own, no alias.

my name is also my own. and

my name is also my own. and i am in agreement. dithering over the details of MAID will have us with 'no MAID', and there are occasions where 'no MAID' is a horror show. i want my own choices for end of life all on the table.

Well said!
And I would add, who are we to judge? If someone wants to end their life, they should be allowed to. Maid does not allow for "impulsive deaths", unlike slashed wrists, sleeping pills, jumping off bridges, etc. - yet all of these are pretty readily accessible to the impulsive suicide.
Seems to me that Maid is in the same category as 'no jump' barriers on highway bridges, which are put there as a community service to encourage sober second thought.

I'm not sure we really need a

I'm not sure we really need a law allowing assisted suicide for people who are physically able. They don't need assistance. If they want to kill themselves, they should do it themselves and not put it on other people's conscience. And the law isn't exactly relevant to the people doing the dying--what are we going to do, put them in jail after they commit suicide?

I would like to add that I do not believe any psychiatrist, except the one who told me that I would never get better, acted in bad faith. They were all very definitely trying to help me and the one was a thirty minute one time appointment and may have beien having a bad day and should have reconsidered that statement and it’s long term effects. Nor do I believe that people should access MAID indiscriminately. There are huge societal problems that need to be addressed but just because a person is poor, non white and female should they be not have their request taken seriously. Nor should mental health diagnoses prevent consideration.

I think the point is that

I think the point is that people are being driven to MAiD because housing is so expensive and incomes are so inadaequate, that they cannot stay housed.