Scientists tackling one invasive species with another 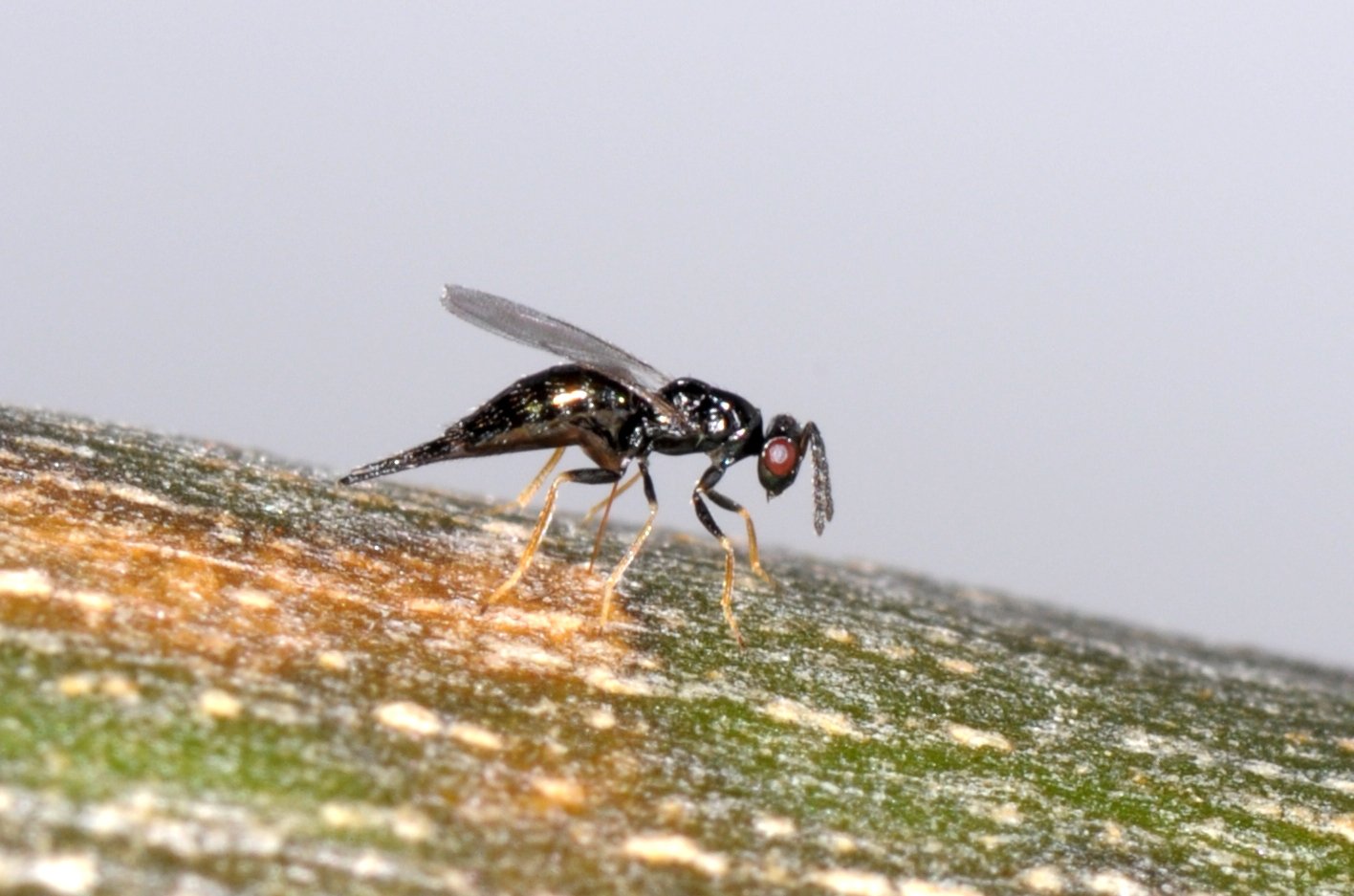 Scientists in Canada and the U.S. are introducing invasive wasps, like this one, to attack emerald ash borer. Photo courtesy of Chris MacQuarrie
Previous story

The emerald ash borer is a green bug the size of a thumbnail. And it has killed tens of millions of trees in North America — and caused billions in damage — since it hitched a ride from Asia 20-odd years ago.

The beetle larvae tunnel through trees, feeding off their nutrients and eventually killing them. It has no natural predators in North America. It has proven difficult to contain with quarantine measures and expensive to eradicate with pesticides.

“It’s a very old idea,” says Chris MacQuarrie, a research scientist with the Canadian Forest Service who specializes in pest ecology and management. “We’ve been doing biological control in forests in Canada for over a hundred years … and emerald ash borer is just another candidate for that kind of control.”

Not long after the beetle was detected in Michigan in the early aughts, U.S. scientists travelled to its native region in China to search for natural predators. They identified several types of parasitic wasps that feed on emerald ash borer larvae and brought them to a laboratory to study. Could scientists reproduce the wasps? And if so, would they survive in North America? Would they attack emerald ash borer sufficiently to reduce its population? Would the wasps upset other parts of the ecosystem?

Eventually, the scientists homed in on four types of wasp — none of which sting — and, after further testing and a series of approvals, began releasing them in the U.S.

“Canada was monitoring this process,” says MacQuarrie. “We were aware of what was going on and started the process to bring those parasitoids to Canada.”

Scientists here began experimenting with releasing the wasps in 2013. Over the years, releases have occurred in Ontario, Quebec and the Maritimes.

Soon-to-be-published data shows that a decade later, the wasps have successfully established in Canada. “We’re pretty sure that they can survive in our climate and they can reproduce and spread,” says MacQuarrie. “The next stage is determining what’s the impact? Has this been successful at having an impact on the emerald ash borer populations?”

The emerald ash borer is a green bug the size of a thumbnail. And it has killed tens of millions of trees in North America — and caused billions in damage — since it hitched a ride from Asia 20-odd years ago.

That’s where Emma Hudgins, a post-doctoral researcher at Carleton University, comes in. Her work has focused on forecasting the distribution of invasive insects and their impacts on trees. As part of her post-doctoral work, she’s studying how different management interventions might limit the negative impacts. Hudgins is working with MacQuarrie and his team to monitor the program.

There’s no doubt, says Hudgins, that biological control can seem like “a playing God kind of manipulation with an ecosystem.” (There are numerous examples of biological control going wrong and causing new invasions, such as cane toads in Australia, Africanized honeybees in Europe and kudzu vines in the southeastern United States, but also successes, such as the control of gypsy moths through fungi.)

Hudgins points out that it’s not using pesticides or insecticides. And as the climate continues to change and species move to new territories, communities will need to find ways to protect trees and other life from new threats.