Can molecular tweaks help aluminum fill the demand for copper? 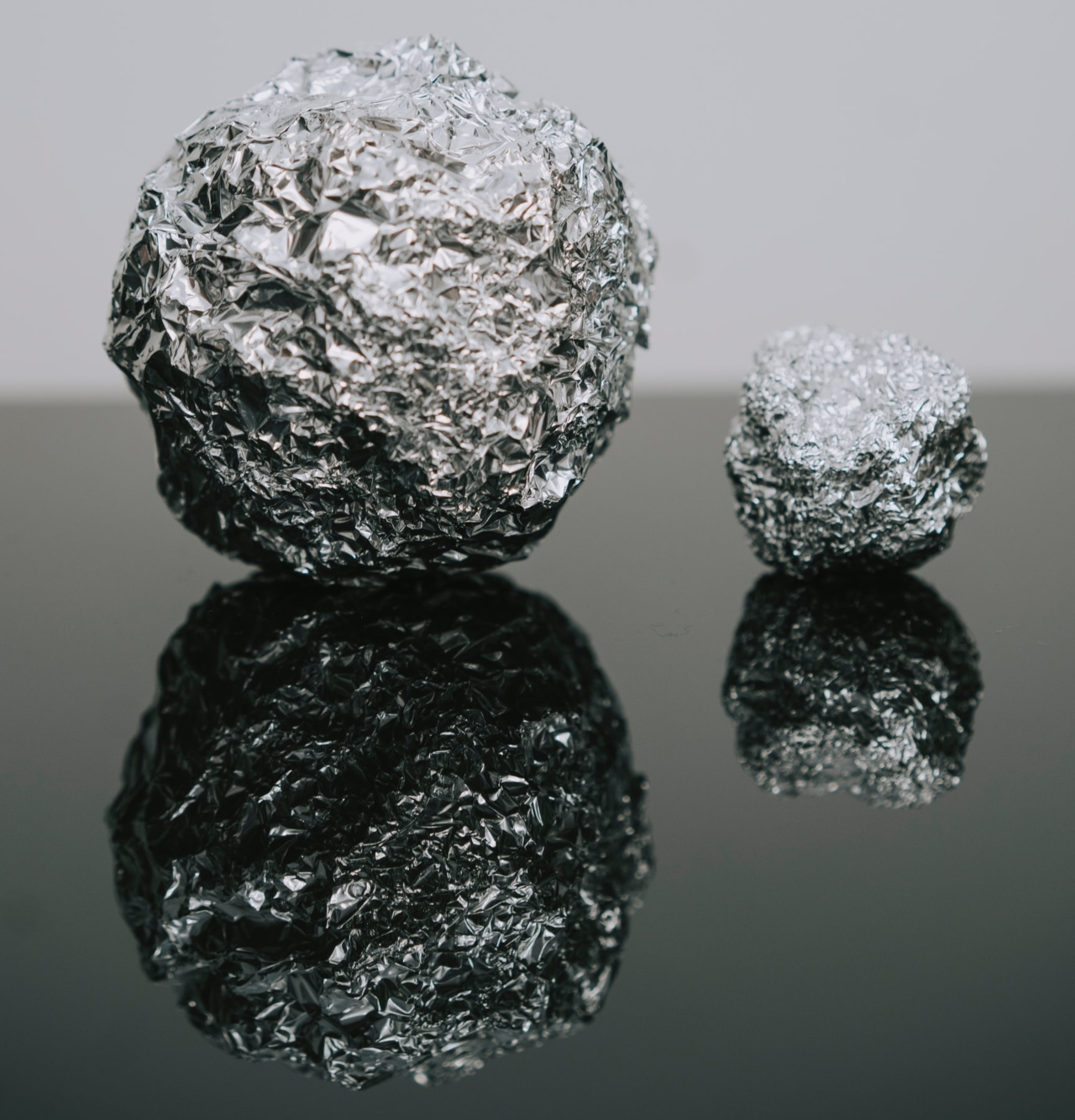 As the world converts to electric vehicles and renewable energy, re-engineered aluminum could improve its conductivity. Photo by Teslariu Mihai / Unsplash
Previous story

Consider for a moment the electrical wire, a pervasive technology that’s extremely easy to forget. Spooled up inside our devices, wrapped around our walls, strung along our streets, millions of tons of thin metallic threads do the job of electrifying the world. But their work is benign and so naturalistic that it does not really feel like technology at all. Wires move electrons simply because that is what metals do when a current is supplied to them: They conduct.

But there’s always room for improvement. Metals conduct electricity because they contain free electrons that aren’t tethered to any particular atoms. The more electrons that flow, and the faster they go, the better a metal conducts. So to improve that conductivity — crucial for preserving the energy produced at a power plant or stored within a battery — materials scientists are typically on the hunt for more perfect atomic arrangements. Their chief aim is purity — to remove any bits of foreign material or imperfections that break the flow. The more a hunk of gold is gold, the more a copper wire is copper, the better it will conduct. Anything else just gets in the way.

“If you want something really highly conductive, then you’ve just got to go pure,” says Keerti Kappagantula, a materials scientist at the Pacific Northwest National Lab. Which is why she considers her own research rather “wonky.” Her goal is to make metals more conductive by making them less pure. She’ll take a metal like aluminum and throw in additives like graphene or carbon nanotubes, producing an alloy. Do that in just the right way, Kappagantula has found, and the extra material can have a weird effect: It can push the metal past its theoretical limit of conductivity.

The point, in this case, is to create aluminum that can compete with copper in electrical devices — a metal that’s nearly twice as conductive, but also costs about twice as much. Aluminum has benefits: It’s much lighter than copper. And as the most abundant metal in the Earth’s crust — a thousand times more so than copper — it’s also cheaper and easier to dig up.

Copper, on the other hand, is getting harder to source as the world transitions to greener energy. Though long ubiquitous in wiring and motors, demand for it is surging. An electric vehicle uses about four times as much copper as a conventional car, and still more will be required for the electrical components for renewable power plants and the wires that connect them to the grid. Analysts at Wood Mackenzie, an energy-focused research firm, estimated that offshore wind farms will demand 5.5 megatons of the metal over 10 years, mostly for the massive system of cables within generators and for carrying the electrons the turbines produce to the shore. In recent years, the price of copper has spiked, and analysts project a growing shortfall of the metal. Goldman Sachs recently declared it “the new oil.”

Some companies are already swapping it out for aluminum where they can. In recent years, there has been a multibillion-dollar shift in the components of everything from air conditioners to car parts. High-voltage power lines already use aluminum wires, because they are both cheap and lightweight, which allows them to be strung over longer distances. That aluminum is typically in its most pure and highly conductive form.

But this conversion has recently slowed — in part because the swap has already been made for the applications where aluminum makes the most sense, says Jonathan Barnes, a principal analyst in copper markets at Wood Mackenzie. For use in a wider array of electrical applications, conductivity is the major limit. Which is why researchers like Kappagantula are trying to re-engineer the metal.

Engineers usually design alloys to improve a metal’s other qualities, like strength or flexibility. But these concoctions are less conductive than the pure stuff. Even if a particular additive is especially good at transporting electricity (which is the case for the carbon-based materials Kappagantula works with), the electrons within the alloy typically have trouble leaping from one material to another. The interfaces between them are the sticking points.

It’s possible to design interfaces where that isn’t the case, but this has to be done with care. The usual ways of making aluminum alloys don’t cut it. Aluminum metal has been produced for more than a century using processes that may ring familiar if you remember your high school chemistry textbook: the Bayer process to get aluminum oxide out of bauxite (the sedimentary rock in which the element is chiefly found), followed by the Hall-Héroult process to smelt the material into aluminum metal.

As the world converts to electric vehicles and renewable energy, molecular tweaks to aluminum could improve its conductivity.

That second process involves heating the metal to nearly 1,000 C so that it becomes molten — a not-so-climate-friendly procedure that is a large part of why it takes roughly four times as much energy to produce aluminum as it takes to produce copper. And at these temperatures, problems arise for making suitably nuanced alloys. It’s much too hot for an additive like carbon, which will lose its carefully designed structure and wind up distributed unevenly through the metal. The molecules of the two substances realign to form what's known as an intermetallic — a hard and brittle material that acts as an insulator. The electrons can’t make the jump from one side to the other.

Instead, the PNNL researchers turned to a process called solid-phase manufacturing, which uses a combination of shearing forces and friction at lower temperatures to layer the new carbon material into the metal. The key is to do this at a temperature that’s high enough for the aluminum to become flexible — in a so-called “plastic” state — but not molten. This allows Kappagantula to carefully control the distribution of the materials, which are then verified with computer simulations that model the atomic structures of the new alloys.

It will be a lengthy process to move those materials out of the lab. The team’s first step has been to produce wires made of the new alloys — first a few inches long, and then a few metres. Next, they’ll create bars and sheets that can be run through a range of tests to make sure they’re not just more conductive, but also strong and flexible enough to be useful for industrial purposes. If it passes those tests, they’ll work with manufacturers to produce greater volumes of the alloy.

But to Kappagantula, reinventing the two-centuries-old process of making aluminum is worth the trouble. “We need a lot of copper, and we’re quickly going to be hitting shortages,” she says. “This research tells us that we’re on the true right path.”

Remember when the U.K. was a cold country?

Fascinating research, bound to find practical application, but as to the increased demand for base metals like copper (iron, nickel, &c) —and, for that matter, rarer metals (cobalt, scandium, ytterbium, &c) used in micro-electronics, &c—the amount that gets trashed every day is significant, and the feasibility of recovery and recycling/reusing is improving apace.

Making recovery easier through aggregating and sorting is the first step towards feasibility. Yet most consumers remain nothing much better than cavalier in the manner which they discard obsolete consumer products. Motivation to recover valuable materials from cast-off waste usually starts as a liability on the public books: recovery systems are expensive to build, but eventually become feasible as the expense (featured in many manifestations as costs to ecological wellbeing) is surpassed by the cost of traditional disposal methods (incineration, landfills, ocean-dumping &c). Unfortunately, because we depend so much on capital investment and production, the metric is always reduced to a single kind of currency: money. (The iconic capitalist would scratch his head: ‘isn’t money the ONLY kind of currency?’)

Recovery, recycling and reusing, although by now getting to be an old saw, is still in relative infancy—a case of retarded maturity which can only be attributed to the oppressive overweight of habit and capitalistic greed. But the horizon is still visible and getting closer than the proverbial pot of deep sea nodules and the end of profiteers’ monochrome rainbow.

Left to profiteers, recovery and recycling can be itself extremely polluting (ship-breaking in India and other places, electronics recycling in China and other places, and plastic recycling in West Africa and other places, &c). The neo-right ideological drive to beggar public enterprise tries to reduce taxation that would otherwise contribute to recovery and recycling systems that have more diverse rewards than merely money—the so-called “intangibles” that capitalism often writes off derisively, pays lip-service to, or otherwise diminishes through political proxies in governments influenced by private corporate interests.

But the environmental conundrums we face now are, in effect, the tension about which all narratives depend, and the story is still about resolving conflicts between private and public interests which, both ways, makes ecological responsibility tangible and meaningful to any and all auditors.

These are the "basic research

These are the "basic research" efforts that change the world. We can hardly support it enough.

I'd love to know what she's got the resistivity down to, so far.