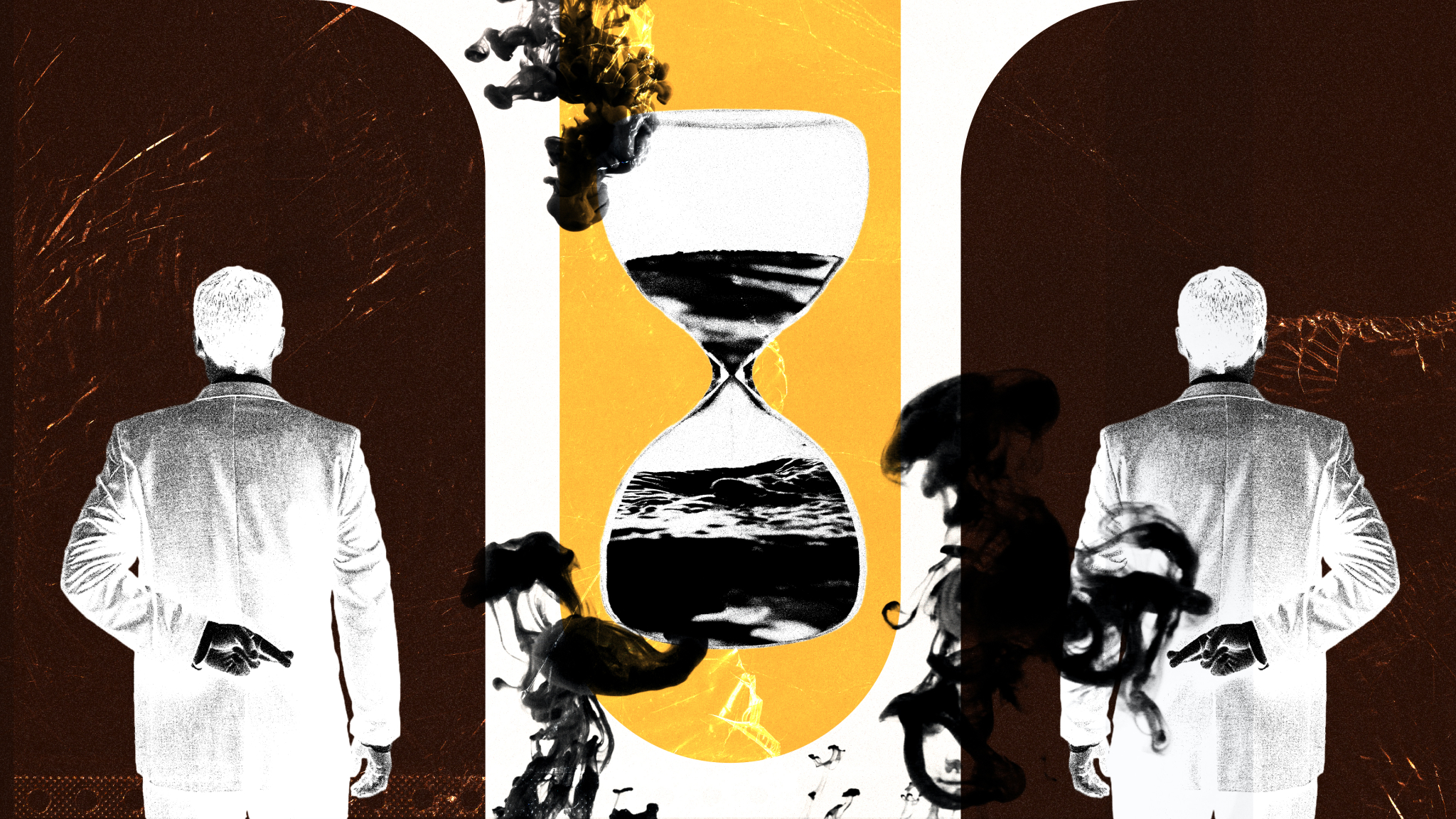 The clock is ticking on two of the federal government’s promises to make tangible progress to stop subsidizing and funding fossil fuels by the end of 2022. But the government continues to provide huge support to the industry, and while lower than the previous year, it is still over $8.6 billion.

So what’s the holdup? It largely comes down to one tricky word: inefficient.

In 2009, Canada promised to end so-called “inefficient” fossil fuel subsidies, stating last year it would do so by 2023.

And yet, with six months before 2023 hits, Canada still hasn’t clarified what “inefficient” — a term first introduced in the G20 commitment in 2009 — actually means. Canada also pledged to end public finance for fossil fuels, including ending all new support for unabated coal, oil and gas projects overseas by the end of 2022. But can public finance for fossil fuels within Canada be considered “efficient”?

While some industry players rally to benefit from the current energy crisis, Canada must not cave to pressure from oil and gas companies to ramp up production. Rather than using “inefficient” as a loophole to water down commitments, Canada should act swiftly to move money from fossil fuels to renewables and head to COP27 in Egypt this November with something to show.

A starting point would be for the government to define inefficiency and align all spending with four key directives: supporting a sustainable economy, creating good long-term jobs, respecting climate commitments, and using taxpayer dollars most effectively. The Canadian Climate Institute has similarly called for government spending to reflect climate imperatives.

As global economies transition from fossil fuels, the government must keep Canada’s economy competitive by focusing on industries with strong long-term economic prospects, such as renewable energy.

From 2018 to 2020, Canada provided 14.5 times more financing to fossil fuels than renewables. Putting public money into fossil fuels diverts it from other priorities and risks creating stranded assets taxpayers may be on the hook for, alongside the rising costs of climate change.

The Trans Mountain pipeline expansion project is one example of how these liabilities can take shape. Since the federal government bought the project and put over $11 billion in loans towards it, construction costs have ballooned to $21.4 billion, leading the Parliamentary Budget Officer to declare it “clearly not profitable.” Despite this, the government approved a new $10-billion loan guarantee for the project, putting even more public money on the line.

Canada should act swiftly to move money from fossil fuels to renewables and head to #COP27 this November with something to show, write @EmileBoisseau @equiterre & Laura Cameron @IISD_Energy. #cdnpoli #FactsMatter #ClimateReality #ClimateCrisis

Rather than supporting oil and gas companies that are making record profits, Canada’s government should focus on people. Nearly 200,000 workers are employed directly in oil and gas. Many more depend on the industry indirectly. All these workers deserve support to ensure the energy transition opens more doors than it closes.

A 2021 poll found that 88 per cent of oil and gas workers want training for jobs in the clean economy. And it would only cost half what the government put towards fossil fuels in 2020 to upskill a million workers over 10 years. Job growth in renewables is far outpacing oil and gas and is expected to grow by nearly 50 per cent over the next eight years while the fossil fuel industry cuts back.

The government’s climate targets, including reaching net-zero by 2050, are another metre stick to assess federal support.

Support for fossil fuels moves us away from climate goals. Subsidies for cutting emissions from oil and gas production, like the new investment tax credit for carbon capture and storage estimated to cost $7.2 billion by 2030, may appear positive. But putting public funds towards expensive and unproven technologies is economically risky. These types of measures could prolong fossil fuel production, increasing overall emissions.

Get the best value for taxpayer dollars

Given the scale of the climate challenge, every dollar counts. The government should ensure taxpayer money is used most effectively to meet social, environmental and economic goals. If a subsidy or tax break aims to create jobs, those funds should go to promising opportunities in fast-growing clean industries, rather than jobs in, for example, the oil and gas industry, which will likely be short-lived.

With less than six months left on key deadlines to end fossil fuel support, there is no time to lose. Canadian taxpayers can no longer subsidize the problem — they deserve to fund the solutions.

Laura Cameron is a policy analyst for the International Institute for Sustainable Development’s energy team working in the areas of fossil fuel subsidies, just transition, and oil and gas policy in Canada. With a master’s degree in Indigenous governance and a bachelor’s degree in biology, her interdisciplinary interests centre on environmental justice, participatory filmmaking and community-led climate action.

Émile Boisseau-Bouvier is a climate policy analyst at Équiterre. He focuses on climate and energy issues at both the federal and Quebec levels. He holds a master’s in environmental management and a bachelor’s in business administration, specializing in economics and sustainable development. Boisseau-Bouvier also engages locally in the preservation of urban biodiversity and in environmental education for youth.

Forget TMX, we need a pipeline to a better world

According to the IEA, OECD,

According to the IEA, OECD, G20, etc., "inefficient" subsidies encourage wasteful consumption by the rich while doing little to help the poor. "They are distortive, generating inefficiencies in the production and use of energy economy-wide…"

The term is narrowly used to refer to the domestic sale of fossil fuels at below cost (int'l prices for importing nations; the cost of production for producing nations). Note that "economists tend to view all subsidies as inefficient".
As far as I know, "efficient" subsidies that allow the poor to meet their essential energy needs without making fossil fuels cheaper for the rich exist nowhere.
Since subsidies that lower production costs, increase producer profits, and make producers more competitive in global markets do not qualify as "inefficient" subsidies, they are not targetted for elimination.

In Canada's case, according

In Canada's case, according to a recent IEA review, in 2020 the "government introduced COVID-19 relief measures that support oil and gas companies while incentivising them to reduce their emissions. The measures include CAD 1.72 billion to clean up orphan and inactive oil and gas wells; a CAD 750 million Emissions Reduction Fund, with a focus on methane; and CAD 320 million for Newfoundland and Labrador’s offshore energy sector to fund safety improvements and upgrades."
None of the above qualify as "inefficient" subsidies.

Neither, presumably, does the Liberals' 2018 purchase of the Trans Mtn pipeline and assets for $4.4 billion qualify.
Or the $21.4+ billion it's costing Ottawa to build a new climate-disaster pipeline (TMX).
Or the $2.6 billion tax credit over five years on carbon capture in the oilsands.

Then-Liberal Environment Minister Jonathan Wilkinson (2021): "But there's an important point to be made here, which is there are often discussions going on about what is a fossil fuel subsidy. I think this is a point where the NDP and we violently disagree. (Jagmeet) Singh, in his announcement, pointed to things like orphan well cleanup and the wage subsidy that was provided during the COVID pandemic as fossil fuel subsidies. Those aren't fossil fuel subsidies. Orphan wells are an environmental liability. We absolutely are committed to eliminating fossil fuel subsidies that are incenting the production and exploration of oil and gas, but it doesn't include things that are good for the environment, like remediating orphan wells or programs focused on cutting emissions."
https://www.nationalobserver.com/2021/09/09/news/jonathan-wilkinson-says...

Nonsense. A subsidy is any form of financial support, benefit, or allowance to industry or consumers that benefits the bottom line: making it cheaper to produce or consume fossil fuels.
Sticking taxpayers with industry's costs for cleanup and emissions reduction is an obvious subsidy. The savings goes directly to the industry's bottom line and into shareholder's pockets.