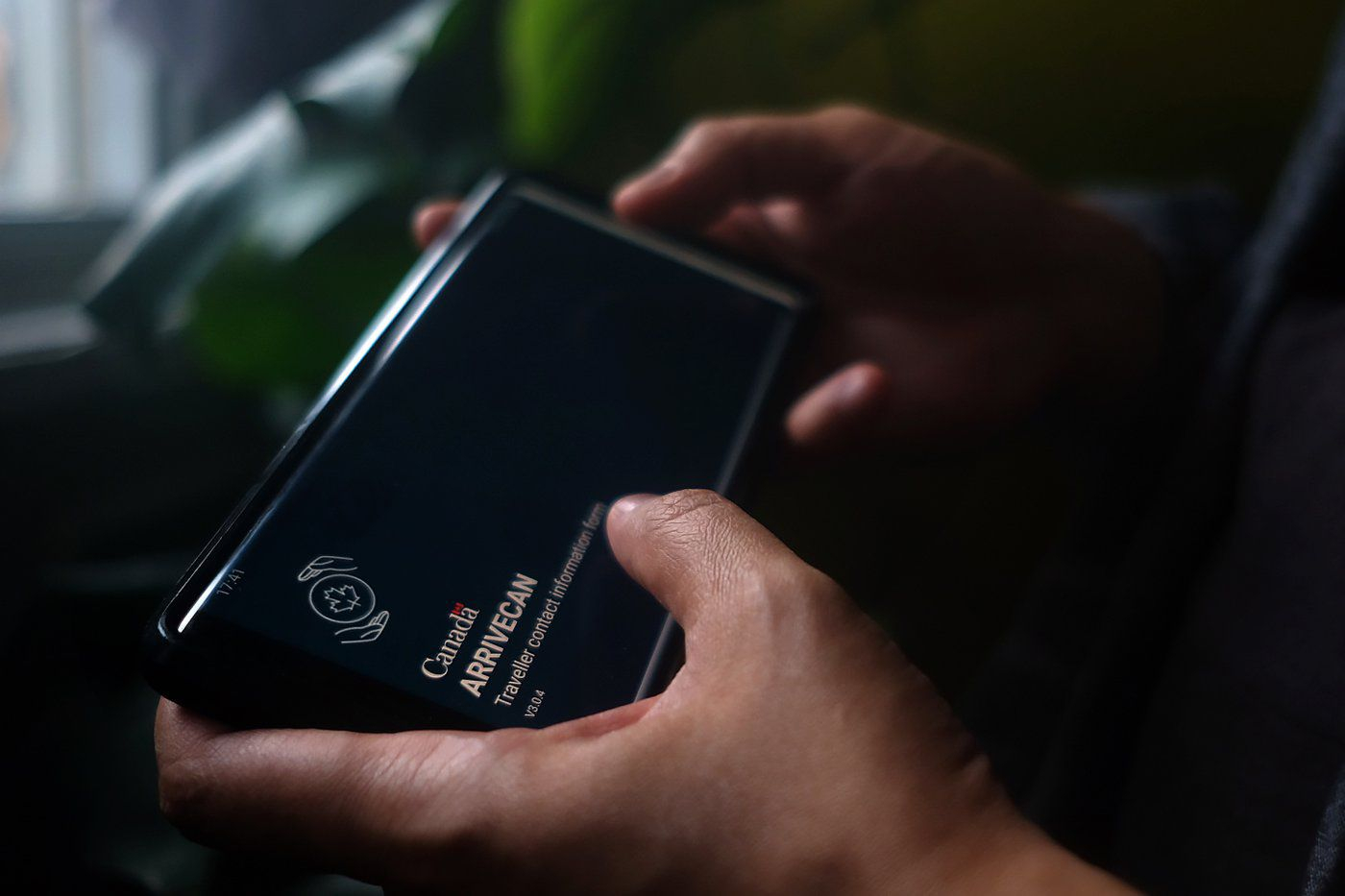 A person holds a smartphone set to the opening screen of the ArriveCan app in a photo illustration made in Toronto on June 29, 2022. File photo by The Canadian Press/Giordano Ciampini
Previous story

The glitch-prone app touted as an efficient border tool early in the pandemic has become a punching bag for critics who question its utility ⁠ — but ArriveCan may be here to stay.

The government insists it's a useful tool. Critics say it has outlived its use, if it ever had one.

Here's a quick lowdown on what we currently know about it.

The app was introduced early in the pandemic and its use has been mandatory at air and land borders since February 2021 with exceptions in cases of accessibility issues or outages.

ArriveCan ostensibly screens incoming travellers for COVID-19 and for the last year tracked their vaccination status. Refusing to use the app to provide required information can result in a fine of up to $5,000 under the Quarantine Act.

Has the app done what it was supposed to do?

A December 2021 report from the federal auditor general said the ArriveCan app improved the quality of information the government collected on travellers. But poor data quality still meant that almost 138,000 COVID-19 test results couldn't be matched to incoming travellers, and only 25 per cent of travellers told to quarantine in government-authorized hotels were verified to have stayed in them.

Last month, due to a glitch, ArriveCan instructed about 10,200 travellers to quarantine for 14 days when they didn't have to. Bianca Wylie, a partner at Digital Public, questioned why the app would be automating those decisions in the first place, rather than sticking to the information-collection mandate it was launched with.

Is the app only about COVID-19?

Why is #ArriveCan still mandatory, and what is Ottawa's plan for the contentious app? #CDNPoli #Covid19 #PersonalData

Recent government updates to do with the app have focused on efficiencies rather than on public health measures. At air border crossings, it is now possible, though optional, to use the app to fill out a customs declaration form before arrival at Toronto's Pearson airport, Vancouver or Montreal.

In a statement earlier this month that focused on Canada's broader air travel fiasco, Transport Canada said those who use the forms cut their time at kiosks down by a third. That's 40 seconds off the average two-minute visit, which the government estimates could "save hours in wait time" if everyone used it.

Are apps the way of the future for air travel?

Electronic data collection related to COVID-19 has been mandatory at many international borders, and online forms are increasingly being used for non-pandemic reasons. Australia handles its electronic travel authorizations exclusively via app, while an online authorization form will be required to visit the European Union starting next year.

Canadian officials haven't gone so far as to say that they're planning something similar. But Public Safety Minister Marco Mendicino told reporters in June that while ArriveCan was created for COVID-19, "it has technological capacity beyond that to really shrink the amount of time that is required when you're getting screened at the border."

Before the pandemic, Canada had already started digitizing its border services with other initiatives, including installing customs kiosks at major airports starting in 2017 and introducing an eDeclaration app in 2018, which still exists, to cut down processing times.

Wylie said people were not using that app at a high volume before the pandemic, because it was voluntary and there were easy alternatives. But she said Ottawa has been using COVID-19 as an opportunity to speed up the transition.

"The federal government has been using a public health crisis to basically train people in a border modernization exercise that they have wanted to do," Wylie said, adding that modernization initiatives are fine as long as they are voluntary and alternatives are available.

How has the app affected travel across the land border?

About a quarter of people who cross into Canada from the U.S. by car don't use ArriveCan in advance, according to Pierre St-Jacques, a spokesman for the Immigration and Customs Union.

At the Canada-U. S. land border, a one-time exemption is in place for travellers who "may have been unaware" of the rules, the Canadian Border Services Agency confirmed. Out of five million crossings between May 24 and Aug. 4, the exemption was used 308,800 times, CBSA said in a statement.

But that's just a temporary fix, St-Jacques said, as officers who already feel spread thin because of staffing shortages find themselves acting as "IT consultants" and troubleshooting travellers' technical issues rather than doing what they're trained to do. "If the goal of the app is to make cross-border travel more efficient or more secure, well, it doesn't work in its current iteration," he said.

Border town mayors, border-city chambers of commerce and even duty-free stores have complained publicly that they think ArriveCan, along with other pandemic border restrictions, have been a deterrent to American tourists.

Why has ArriveCan become such a hot political topic?

Whether because Canadians are annoyed about the extra hassle, concerned about their privacy, sympathetic to border towns or simply fed up with the federal Liberals, Conservatives have an audience for their calls to eliminate ArriveCan.

Canadian acting darling Simu Liu joined the "scrap the app" bandwagon, challenging his followers to say a single nice thing about it in a tweet Tuesday, then saying immediately: "I failed the challenge."

Some voices have gone a step further in claiming that the app is part of a broader effort to collect personal information and control the public. Conservative leadership candidate Leslyn Lewis called the whole thing a "surveillance experiment."

The privacy commissioner is also investigating a complaint about the app's collection and use of personal data.

This report by The Canadian Press was first published Aug. 16, 2022.

— With files from Sarah Ritchie

I found the ArriveCan app to

I found the ArriveCan app to be easy to use, efficient and time saving. You fill it out the day before you travel so what's the hassle? I've used it twice now on trips where I was returning from Europe and it was a breeze and made things so much easier for both boarding the plane and upon arrival.

Digital forms and authorizations are here to stay people, learn how to use them and stop whining.

" That's 40 seconds off the average two-minute visit, which the government estimates could "save hours in wait time" if everyone used it."

Or they could hire enough ppl to handle the lineups.

Heresy! Where would our

Heresy! Where would our health care system be if people started listening to commie talk like that?
Oh, right. "Working". It would be "working".