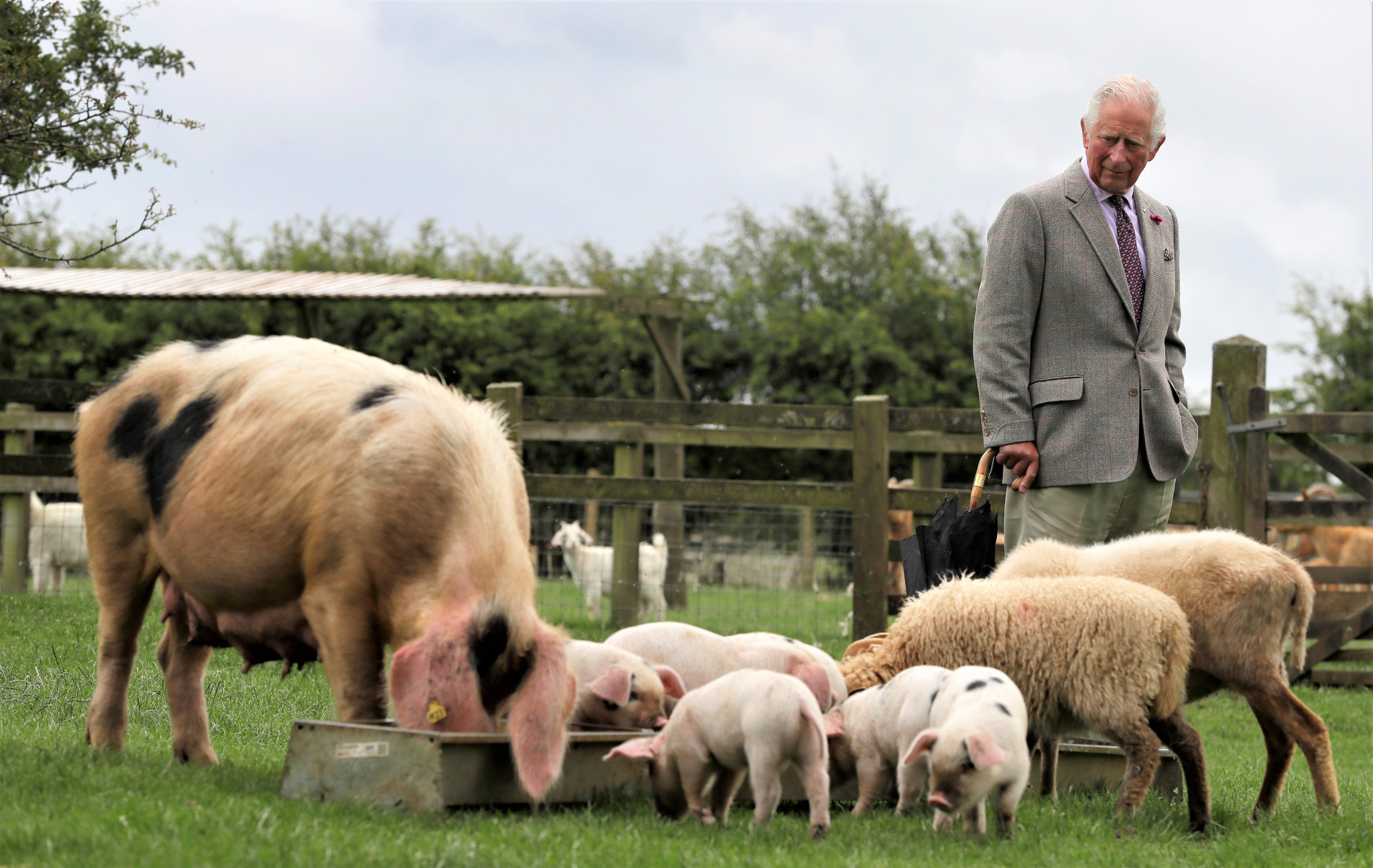 King Charles III has long been an advocate for environmental issues, including organic and sustainable farming and food production. Photo by Kristy Wigglesworth/AP
Previous story

On the first of November last year, Britain's King Charles III, as he is now called, addressed a who's-who of world leaders gathered in Glasgow for the COP26 climate conference. Speaking in the event's cavernous main hall, the septuagenarian royal warned his audience to summon a "war-like footing" to tackle the "existential threat" of climate change.

"The scale and scope of the threat we face calls for a global systems-level solution based on radically transforming our current fossil fuel-based economy to one that is genuinely renewable and sustainable," he said. "My plea today is for countries to come together … to take the action required."

As King Charles III begins his reign after the death of his mother, Queen Elizabeth II, environmentalists will be watching how — and if — the new monarch will continue to advocate for climate action and the environment.

Speaking on Friday in his first speech as monarch, he noted that as king, he will likely step back from the advocacy and charitable work that has filled much of his career.

"It will no longer be possible for me to give so much of my time and energies to the charities and issues for which I care so deeply," he said.

Charles first spoke about the environment in 1970 and was among the first global figureheads to take climate change seriously in the 1990s. He has used his position to push for conservation of the soil, oceans, forests, and biodiversity. His advocacy has pushed government leaders to use incentives and regulations to push companies to take climate action and account for nature in their financial decisions.

His environmental work also extended to the sprawling Duchy of Cornwall, his inherited estate in the southwest of England. The organization holds about 600 residential leases and 700 agricultural tenants, many of them in sustainable and subsidized housing or earmarked as starter farms for young farmers. Charles was also the founder of an early organic food supplier — Duchy Originals — in 1990.

David Boyd, UN special rapporteur on human rights and the environment, wrote to Canada's National Observer that Charles has a "long-standing commitment to environment and sustainability issues." He met the then-prince in Canada several years ago with David Suzuki; both were "positively surprised" by his "level of knowledge and engagement."

While the new monarch probably won't be as vocal on environmental issues as he was before taking the throne, Canadian climate advocate and environmentalist Tzeporah Berman is cautiously optimistic he will remain influential.

"One of the core questions right now at play is: Will it hurt or help modernize the monarchy for him to be an advocate for climate action?" she said.

As King Charles III begins his reign after the death of his mother, Queen Elizabeth II, environmentalists will be watching how — and if — the new monarch will continue to advocate for climate action and the environment.

The King has weekly meetings with Britain's prime minister, she pointed out. Considering Liz Truss — a former industrial economist for Shell — has just lifted a ban on fracking and said she will push for more oil drilling, Berman predicted those meetings could be "interesting." His access to world leaders "behind closed doors" could also be important.

"Of course, the monarchy still has some impact in Canada," she said. "He could have a significant impact if he continues to speak out publicly about these issues here."

Still, questions remain about how much influence King Charles III will really have in saving the planet from climate catastrophe.

The monarch is only a figurehead and doesn't shape policy, noted Hadrian Mertins-Kirkwood, a climate change expert with the Canadian Centre for Policy Alternatives. When it comes to climate change, strong actions and policies matter more than speeches and advocacy.

"It matters as much as advocacy matters," he said. "And that seems to be falling on deaf ears."

Thanks for publishing this.

Thanks for publishing this.
Good point about PM Truss, Shell, and the fracking ban.
There's a global crisis going on, and KC III is the best ally we've got. Let us not let the politics of hate and envy win.

Alas, he has just lost what

Alas, he has just lost what little ability he had to comment on anything "political". Climate should not be a controversy, but as long as the right can make anything about it "controversial" by being flatly contrarian, heedless-of-honesty, then his hands will be tied.

His best move is to express endless sympathy for those beleaguered by the disasters of climate change, referring to them as climate victims; pretty much double-dog daring them to call that political.

Charles is one of those

Charles is one of those people who got considered a crackpot for being right about something when the Done Thing was to be wrong about it.