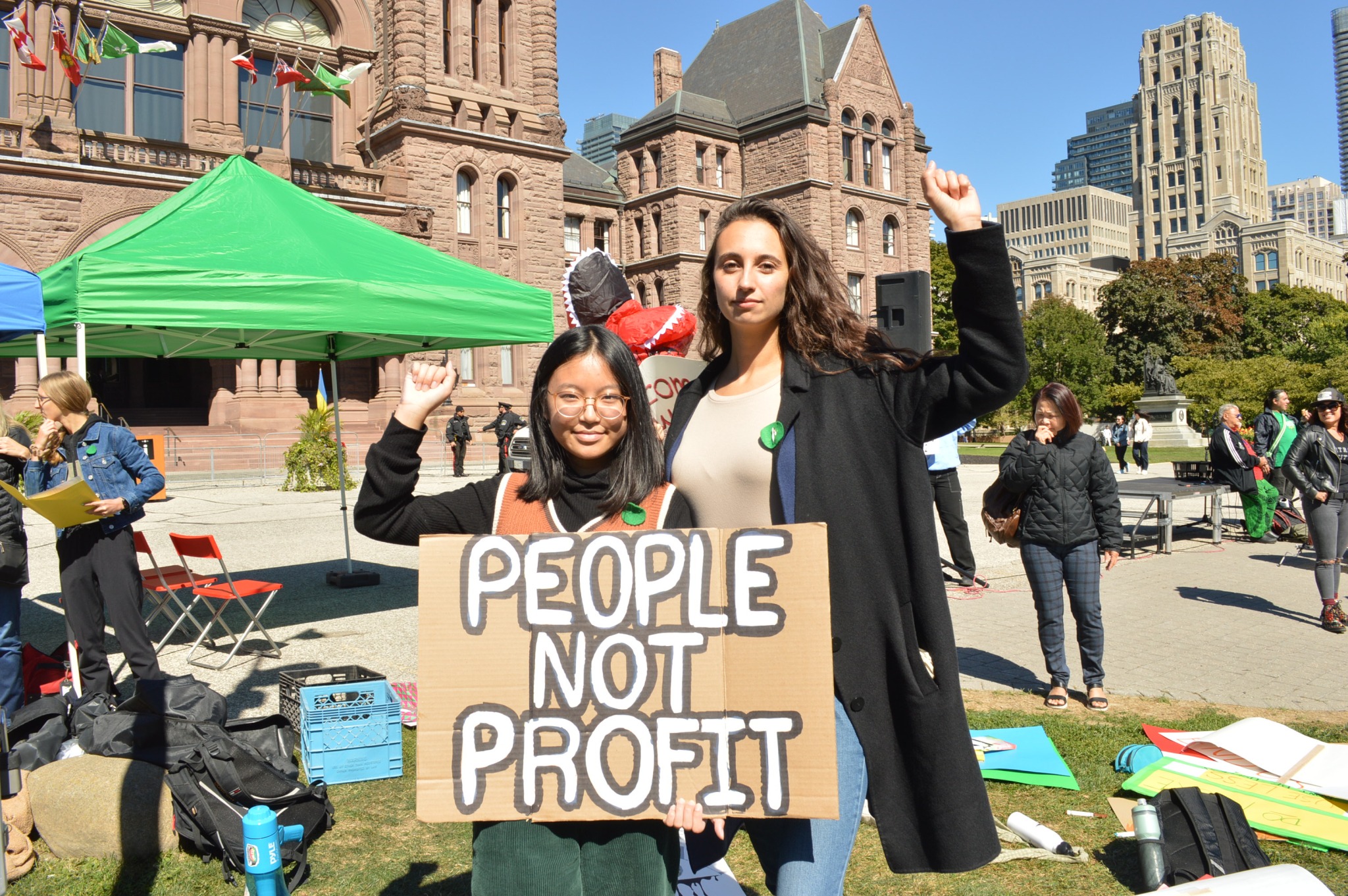 Protesters of all ages took to Queen’s Park Friday afternoon demanding immediate climate action as part of a global strike.

“We’re really trying to call on power holders and change-makers to put people first and not just make decisions based on profit,” 21-year-old Fridays for Future Toronto organizer Chloe Tse explained. The theme of the march, organized by Fridays for Future, was “people not profit.”

After four months of planning, the goal of the strike was not to push forward one policy but instead start conversations about multiple climate- and justice-related issues at all levels of government, especially with Ontario municipal elections coming up next month.

Fridays for Future Toronto released a list of demands, calling on banks, corporations, academic institutions, investment funds and all levels of government to:

In a statement addressing the climate strike, federal Environment and Climate Change Minister Steven Guilbeault said he, too, has been in youth activists’ shoes, both understanding and sharing in their frustration at the pace of change.

“We must work together to reduce greenhouse gases, protect and conserve natural areas and adapt to the hazard of our new climate reality,” wrote Guilbeault, who founded the environmental advocacy group Équiterre and later worked for Greenpeace.

Tse encourages people to start conversations about the climate crisis in classrooms, at home and at work “because in order to grow this movement and make a big difference, we're going to need more and more people on board.”

Friday’s protest brought together people of all ages — seniors for climate action, adult-led grassroots groups, labour unions and the youth-led Fridays for Future — to form a coalition leading the strike.

Protesters of all ages took to Queen’s Park Friday afternoon demanding immediate climate action as part of a global strike. #TO #FridaysForFuture #ClimateStrike

Youth-led groups don’t usually participate in coalition-led movements because it can be hard to work with larger organizations and multiple generations, 23-year-old Aliénor Rougeot, co-founder of Fridays for Future Toronto, said. But “after the bulk of the pandemic we just went through, we realized we’re going to have to be much more far-reaching.”

Tse said having more hands on deck has led to not only a bigger turnout but a larger diversity of people. “Fridays for Future is great at mobilizing youth and students, but the adults bring their work, family and faith communities,” she said.

Fridays for Future has taken an economic angle in its messaging to young people, Rougeot said, as affordability has become a concern for so many. “We’re trying to stress that climate action can be affordable action and that a lot of solutions can lead to affordability. Also, relaying that big corporate powers and businesses making a lot of money are benefiting from inflation right now.”

To students and young people looking to get involved, Tse said, “No matter what your passion is, it will connect to the climate crisis because it is such a big, sweeping issue that ties into every part of our lives.

“Hopefully our voices are loud and heard today.”