By Marc Fawcett-Atkinson | News, Climate Solutions Reporting | September 20th 2022
#7 of 8 articles from the Special Report: Farming for the future 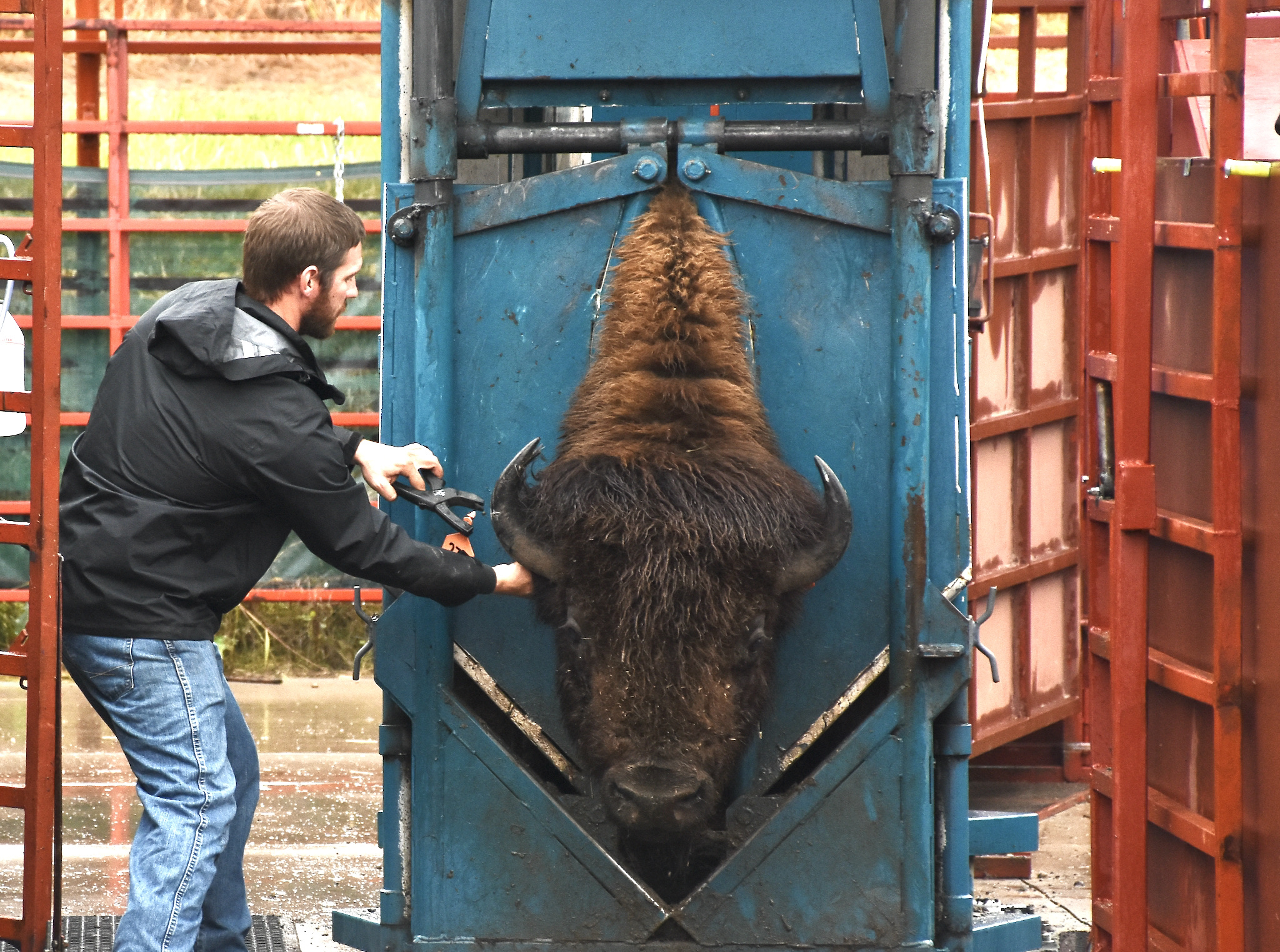 When a powerful drought fried the fields on Doug Griller's farm last summer, the Manitoba rancher feared they would have trouble bouncing back. A herd of bison helped the recovery exceed expectations.

In 1993, Griller made an unusual move: He started letting his grain fields grow over with grass, sold his cattle, bolstered his fences and bought a herd of bison. Despite being native to the Prairies — before they were nearly eradicated by Europeans — few farmers raised the hulking ruminants at the time, but to Griller, they "just kind of made sense."

"It was a good product, it was healthy, it was tasty, and they were part of this landscape for centuries. I thought it would be easy to manage," he explained. "The best management is low management."

His gamble paid off. The animals rely less on people than cattle, preferring to find support from members of their families or the wider herd. Their protein- and iron-rich meat is becoming increasingly popular as people look for alternatives to more conventional meats. Because they're well-adapted to the Prairies' harsh conditions, thriving both in -40 C blizzards or under the blazing summer sun, "you don't need to worry about them."

But the bison's most dramatic impact has been transforming his farm into a haven for grassland biodiversity in a region reigned by vast monocultures of grains and legumes.

Birds returned as he transformed grain fields and cattle pastures into lush grasslands. Now, he has a vibrant avian community that includes "stuff you never saw before," like robins, hawks and owls. His pastures have become home to a plethora of ground-nesting birds, which use bison hair to make their nests as a predator deterrent.

The land has also become more permeable, allowing it better absorb and store the region's scarce snowmelt and rainfall. Water doesn't pool in his pastures — a common problem on nearby farms — and instead is absorbed into the water table. That's why his herd was fine after last summer's drought, even though neighbouring farms struggled to recover.

"We got through (the drought) better because of what we've been doing," he said. "The bounce-back has just been enormous this year."

That comes as no surprise to Zak Ratajczak. The University of Kansas professor recently published a study in the scientific journal PNAS that found bison increase the diversity of plant species on the prairies, making the ecosystem more resilient in the face of extreme weather.

When a powerful drought fried the fields on Doug Griller's farm last summer, the Manitoba rancher feared they would have trouble bouncing back. A herd of bison helped the recovery exceed expectations.

Encompassing about 30 years of data, the research project found grasslands that had been grazed by bison bounced back faster and more vigorously after extreme events like droughts than areas grazed by cattle or left to grow wild. They also had about 25 per cent more plant diversity than when left fallow or grazed by cattle.

Ratajczak hypothesized the difference might come down to how bison graze. They are pickier than cattle, preferring to chow down solely on dominant grass species. They are like giant lawn mowers that only eat a few species, making it easier for less-dominant plants to get a foothold in the prairie soil. When a drought hits, more drought-resistant plants help draw water and anchor the soil, helping the ecosystem survive.

The animals also create "wallows," or areas in the prairie where they create shallow dips by rolling themselves in the dirt. These dips then capture rainfall — often mixed with bison urine — becoming temporary sources of moisture in the otherwise dry environment and hot spots for biodiversity.

The findings point to the role bison could play in helping the prairie grasslands adapt to the climate crisis. Extreme droughts are predicted to become more common and severe as atmospheric CO2 climbs, making the species diversity bison promote increasingly important.

"These climate extremes are really only the tip of the sword when it comes to how climate change might affect ecosystems. That's where we got really motivated here," Ratajczak said.

Working one summer (1969) on a 5,000- acre ranch in the Cypress Hills I learned that upkeep of the fencing is a never-ending job. Buffalo would walk all over the average tiny posts.
How many acres of grass do these bison get to munch on, given the huge cost of their fences, particularly the fortified corners?

I wouldn't worry about the

I wouldn't worry about the cost, if it's the farmer you're concerned about. Just check out what the meat goes for!!! Not many Canadians can afford to eat bison, even if they'd prefer to.