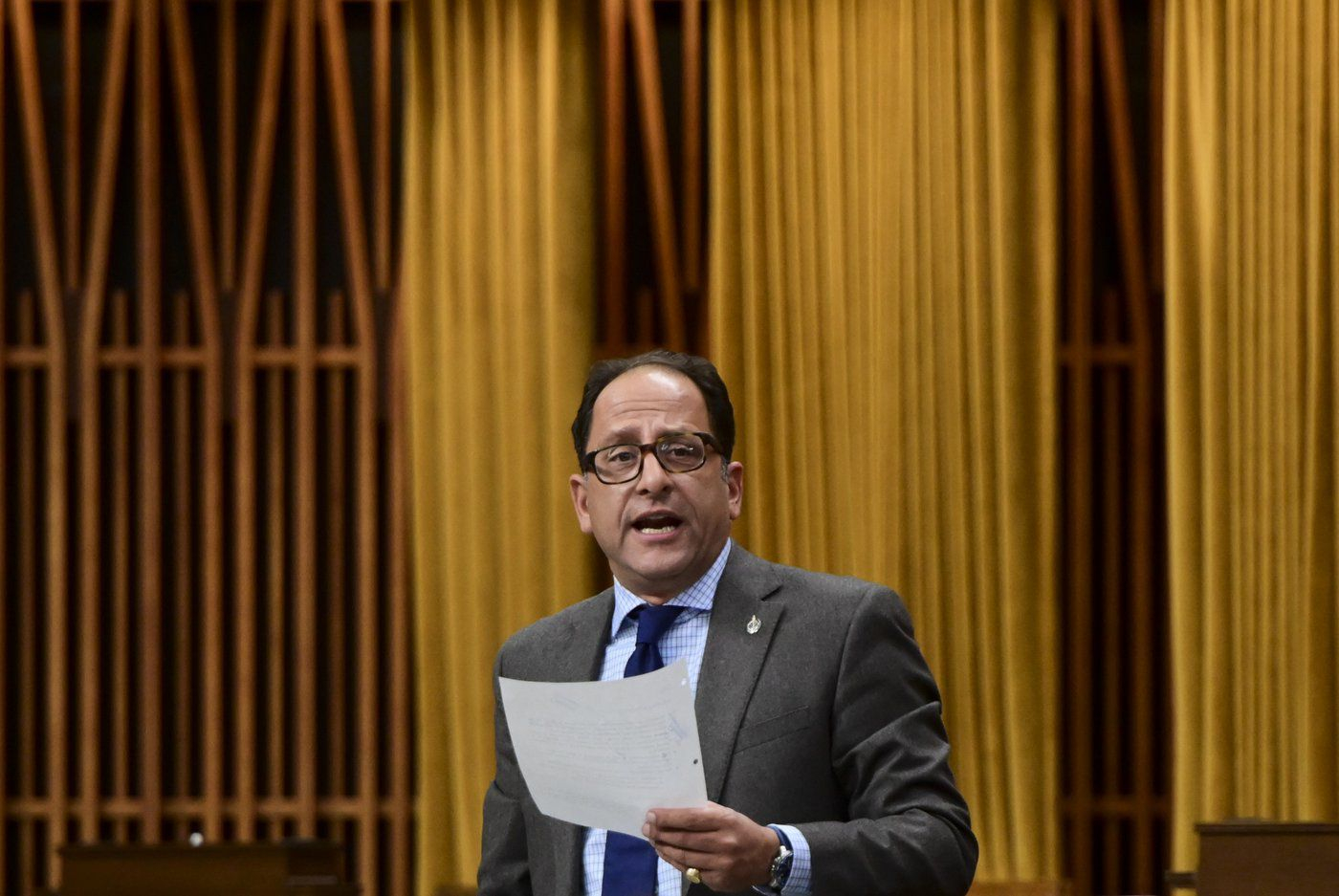 Liberal member of Parliament Ali Ehsassi answers a question during question period in the House of Commons on Parliament Hill in Ottawa on Friday, Oct. 9, 2020. File photo by The Canadian Press/Sean Kilpatrick
Previous story

As members of Parliament debate how to stop Iran's violent crackdown on human rights, experts say Canada has limited leverage to pressure the regime.

Large protests have erupted across Iran since Mahsa Amini died in police custody earlier this month. Iran's morality police had detained the 22-year-old, allegedly because her head scarf was too loose.

In response, women have burned their hijabs during largescale protests across the country that have prompted Iranian security forces to push back with a brutality unseen for years. At the same time, the regime has been beset by a drought and soaring inflation, while its supreme leader, Ayatollah Ali Khamenei, is bedridden.

On Monday, Prime Minister Justin Trudeau said Canada will sanction senior Iranian officials, including those working for the morality police, but no list had been published as of Tuesday afternoon.

The Conservatives have repeatedly urged Ottawa to follow through on a motion the House of Commons adopted in 2018 to designate the Islamic Revolutionary Guard Corps, which is part of the country's army, a terror group.

But experts argue neither policy will do much to pressure the Iranian regime.

Thomas Juneau, a University of Ottawa international affairs professor specializing in Iran, says the group has undoubtedly committed terrorism in Iran and abroad. But he says the parliamentary motion was unenforceable.

"It's symbolic politics; it's not actually getting something done," he said.

That's because Iran has conscripted millions into the corps over time. The list would include people such as a man who served as a cook in the corps for two years in the '90s, Juneau said, explaining that Canada would have no interest in extending a terrorist designation to every person who has been a part of the group.

Trying to limit sanctions to those who have taken part in terrorism would require identifying the individuals and monitoring them, Juneau said. Ottawa would either need to spend vastly more money or let other sanctions go unmonitored.

"The drain on resources would be massive, and the reality is we are nowhere near a point where we can do that," he said.

He suspects that's why the Liberals haven't gone ahead with the terrorism designation. But both Trudeau and Foreign Affairs Minister Mélanie Joly refused to provide an explanation when asked multiple times on Monday.

Juneau said Canada could better target visa bans and sanctions to senior members of the Iranian regime who have family or business interests in Canada, some of whom are accused of laundering money.

"That is where Canada could do things that are much more targeted, and we'd have more of an impact," Juneau said. "We are fairly lax at that level."

This year, retired Iranian police commander Morteza Talaei confirmed that January social-media photos of him exercising at a Richmond Hill, Ont. gym were genuine. Iranian diaspora groups questioned how he got a Canadian visa after overseeing Tehran's police force during a time of numerous human-rights abuses.

Jessica Davis, a former analyst for the Canadian Security Intelligence Service who specializes in counterterrorism financing legislation, said she doubts individual sanctions would do much to pressure the regime.

Yet she said those individual sanctions would probably be more effective than putting the revolutionary guard corps on the terrorism list.

"Let's make sure it's not just words, but we are actually following through with concrete things," said the Edmonton MP.

She noted that Russians have found ways to get around Canada's sanctions, and meanwhile, Canadian anti-terrorism laws have blocked aid groups from getting help to desperate Afghans living under the Taliban regime.

Last week, she convinced the House subcommittee on international human rights to study violence against women in Iran, Saudi Arabia and Afghanistan. In planned hearings, McPherson said MPs will ask citizens of those countries how Canada can help.

"I need to have that conversation with Iranians," she said.

Ehsassi said he's urged fellow Liberals and American officials to do more, such as convening an emergency United Nations meeting and fact-finding mission about human rights in Iran.

"We have every right to ask for the global community to listen to their plight, and to do as much as we possibly can," said Ehsassi, who chairs the House foreign affairs committee.

He said that might result in countries pausing negotiations to restore Iran's nuclear deal until it stops suppressing human-rights protests. The deal seeks to allow Iran to produce energy while limiting its capacity to produce weapons.

Stephen Harper's Conservative government suspended Canada's diplomatic relations with Iran in 2012, and Joly said this week that there are no plans to change that stance.

In January, 2020, Iranian officials shot down a Ukraine International Airlines flight, killing dozens of Canadian citizens and permanent residents. Ottawa says its attempts to seek reparations for families have been futile.

This report by The Canadian Press was first published Sept. 27, 2022.