The world is dangerous when people are blinded from the facts 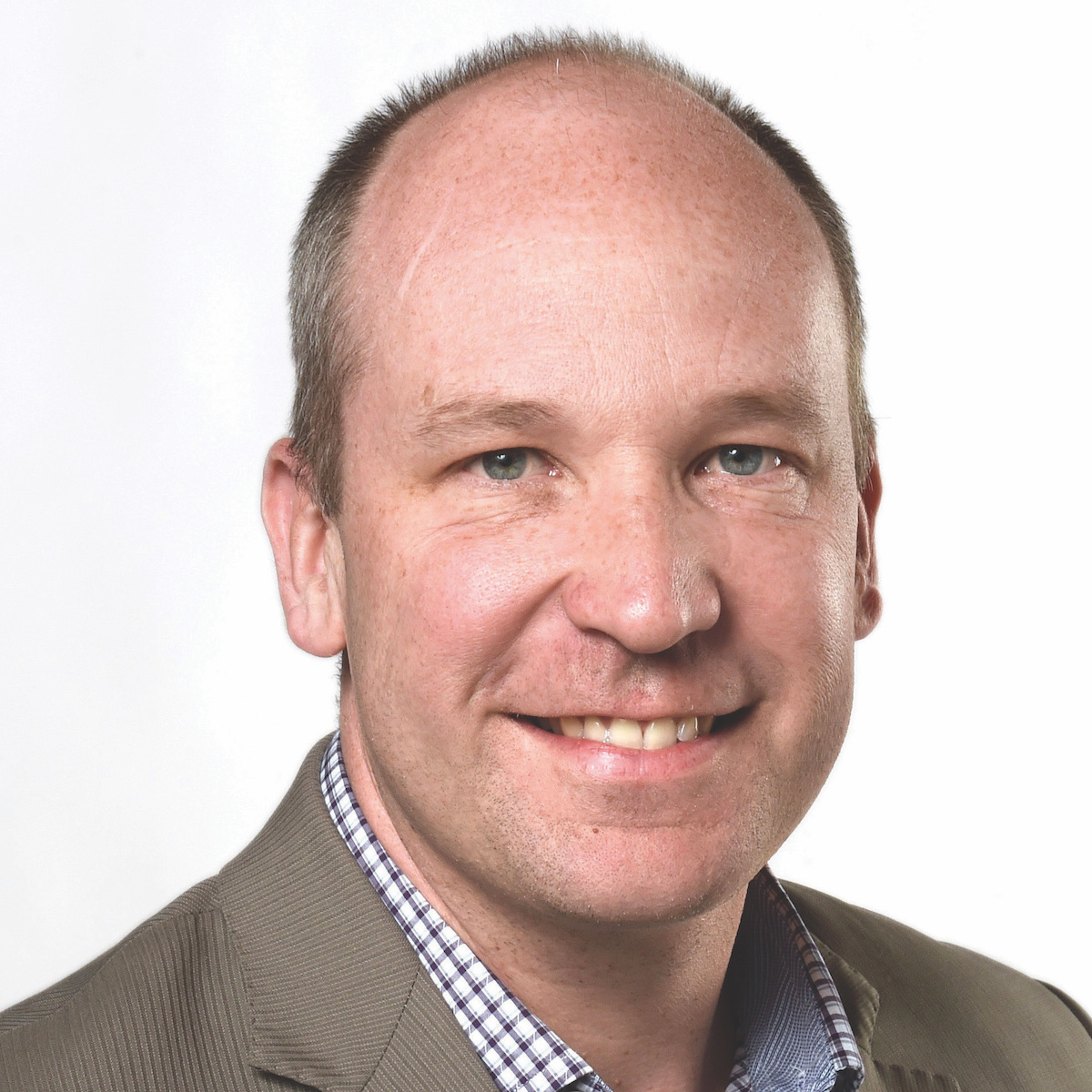 We know that since World News Day began in 2018, the challenges facing the industry have only grown, says Globe and Mail editor-in-chief, David Walmsley.
Previous story

Making a positive difference to someone’s life is the greatest gift a journalist can give. Perhaps an individual is heard for the first time or an injustice is settled.

Those moments when a news editor picks up a phone to hear a scared voice say, “You are all I have left; I have nowhere else to turn” are the last stand between hope and defeat.

It is a sacred contract, as old as journalism itself, yet the tenor of our times would try to divide the people from the newsrooms. If those who attempt to turn journalists into the enemy are successful, the people’s right to independent access to information will be lost. And as we all know, a world where people are blinded from facts is a dangerous one.

During the global pandemic, record audience numbers were reported around the world as readers, viewers and listeners absorbed news and information that saved lives. Nevertheless, an ever more vociferous minority pedalled a derogatory term, the so-called “mainstream media” — as if being together in a fact-based environment is a bad thing.

That’s because the facts can sometimes be uncomfortable, and journalists have a big responsibility to get them right.

We know that since World News Day began in 2018, the challenges facing the industry have only grown. We may better understand the commercial pressures and ever-changing audience habits, but we still don’t do enough to explain ourselves.

That means newsrooms have their work cut out. Explaining their methodology and how facts are uncovered has become as important as the facts themselves.

Those who are potential audience members consume most of their information in closed, fast-paced networks. We have seen examples time and again where small but active minority groups simply believe what they are told, often by powerful forces with something to hide. The journalist is used as bait in an attack against uncomfortable truths. As a result, the industry has to devote more time to reaching those who have already decided the facts even without possessing them.

Walled environments exist across the internet, preventing a plurality of thought and opinion, fact and reality from being shared. Amid the myriad challenges facing us all, certainty is one of the least attractive traits on display.

If those who attempt to turn journalists into the enemy are successful, the people’s right to independent access to information will be lost, writes David Walmsley @globeandmail @WorldNewsDay22 #WorldNewsDay #journalismmatters

World News Day, involving more than 500 newsrooms, is a global initiative aimed at improving media literacy and audience engagement. We include examples of how lives are improved when journalists tell a story. We showcase the efforts of small newsrooms as they represent the importance of community. We underpin all our work with the belief that access to information is a human right.

The speed of change and the dangers and risks in society sometimes seem only to go in one direction, leading to a global audience that is both exhausted and saturated with information. We have constructive roles to play amid these extraordinary news developments.

The convening power of independent journalism has never been more important, and sadly, because of that hyper-relevance, the risks and threats to journalists, your storytellers, only grows. The speed of polarization, an 18th-century term used originally to identify the characteristics of light in photography, today makes agreement unfashionable. But as newsrooms around the world often say: we are all entitled to our opinions, but we are not entitled to our own facts.

War, economic uncertainty and a determination to run roughshod over generational practices at our institutions are the changes facing the world. Journalism at its best is in the middle of it all, with a role to sow not division but mutual understanding and transparency.

World News Day exists to help the news industry explain itself better and to involve the global audience in showcasing how accurate information makes life better.

U.S. President Joe Biden was born closer to Abraham Lincoln’s presidency than his own. That perspective shows less the age of the man and more the opportunities and advances that have been taken in the past century, raising with urgency the questions of where we go from here.

David Walmsley is the editor-in-chief of The Globe and Mail and creator of World News Day.

World News Day is a global newsroom campaign to highlight the value of journalism. It is organized by the World Editors Forum of the World Association of News Publishers (WAN-IFRA) in partnership with The Canadian Journalism Foundation.

No one will dispute the need

No one will dispute the need for more fact-based journalism. I would suggest that the author take a look at his G&M publication today of an article entitled "Canada’s regulations are slowing renewables transition, Shell executives say"... The article is just another sliver of truth surrounded by misleading messages about promoting natural gas and carbon capture / storage technology. Beside facts, we need journalists to write 'complete picture' articles, so that the 'truth' is revealed!

"The convening power of

"The convening power of independent journalism has never been more important"
Well, yes . . . "independent" journalism. Pity there's so little of that around. Certainly the Globe and Mail doesn't represent such a thing. The National Observer, yes.

The mass of, mostly corporate-sponsored, vicious social media disinformation is like an opportunistic infection in an AIDS victim . . . if they hadn't already had AIDS, it probably wouldn't have got so bad. In this analogy, the AIDS part is the oligopolistic and advertising-dependent nature of the mainstream news media. If media ownership weren't so concentrated, something scholars and inquiries have been warning about for decades as the problem continues to get worse, we probably wouldn't be having this problem to nearly such an extent. As concentration mounts, and competition diminishes, newsrooms shrink; everyone pulls their copy from the same few wire services . . . and from PR news releases, often from advertisers. A few billionaires own most of the media, and they are not politically neutral, and they all hang out together.

Quasi-deliberate political slants aside, concentration also means most of the journalists that remain are in a few centres--New York, Washington DC, in Canada Toronto and Ottawa. Regional voices are an expense, a frill to be cut, and it is unsurprising if those regions' inhabitants stop seeing themselves and their perspectives reflected in the news.

And unfortunately, rather than seeing the ability of horrible scum to outcompete them as a wakeup call pointing out the weakness of the existing media, journalists seem to be seizing on it as a distraction to avoid confronting their own problems. They react by saying "You'll stay loyal to us even if we suck, won't you? The alternative is the fascists! We're still not as bad as them, right?" Well, yeah, but . . .

Wow. Is this ever a

Wow. Is this ever a disingenuous article, starting with the sentimental presentation of journalism as simple human "stories" representing the virtues of "plurality" when it's actually become a pitched battle between the political left and the alt-right, the religious right, the extreme right. Then the author has the temerity to refer to the "polarization" and the unprecedented horror of "post-truth" as just some sort of natural, generic shift in "the times we're living in," completely ignoring the FACT that the aforementioned new iterations of the right wing are wholly responsible!
And the icing on the cake of disingenuousness is that the Globe and Mail editorial board has endorsed that very right wing (they'd call themselves "centre-right" I'm sure but since the right is widely regarded as having lost its mind, but has still somehow won the day, there's no longer a valid centre in play) repeatedly. I know this because we've subscribed to it for years. All the mainstream media is owned by the right wing except the CBC, although there is a government appointed board there too and we know how exclusively partisan cons are...
The Globe and Mail endorsed conservatives the year Harper won and in the next election that he lost they excluded HIM but still endorsed the Conservative Party. Last election they backed off endorsement altogether for some reason?!
We still subscribe to their paper along with many other publications but the right wing slant is still evident in various ways, including a majority of conservative columnists, some more overtly so than others but at this point "bothsidesism" without relevant CONTEXT, even in the guise of the increasingly irrelevant "journalistic objectivity" is simply irresponsible journalism because again, there is literally no more middle ground, no honour among thieves. NPR quit covering Trump; THAT was uber-responsible journalism.
And the only reasonable political endorsement at this juncture is the Liberal Party. Anything else means continued consorting with the "Convoy Party of Canada," as Max says, true enemy of us all, of democracy itself, and of our very survival as a species actually. By continuing to skirt this core issue, the "mainstream media" is courting their own demise.
Since the truth will out, sidelining it has consequences like exponentially increasing the appetite for it. Hence the growing popularity of online publications such as this one. The Narwhal is excellent too for long-form journalism; it was also started by women btw.