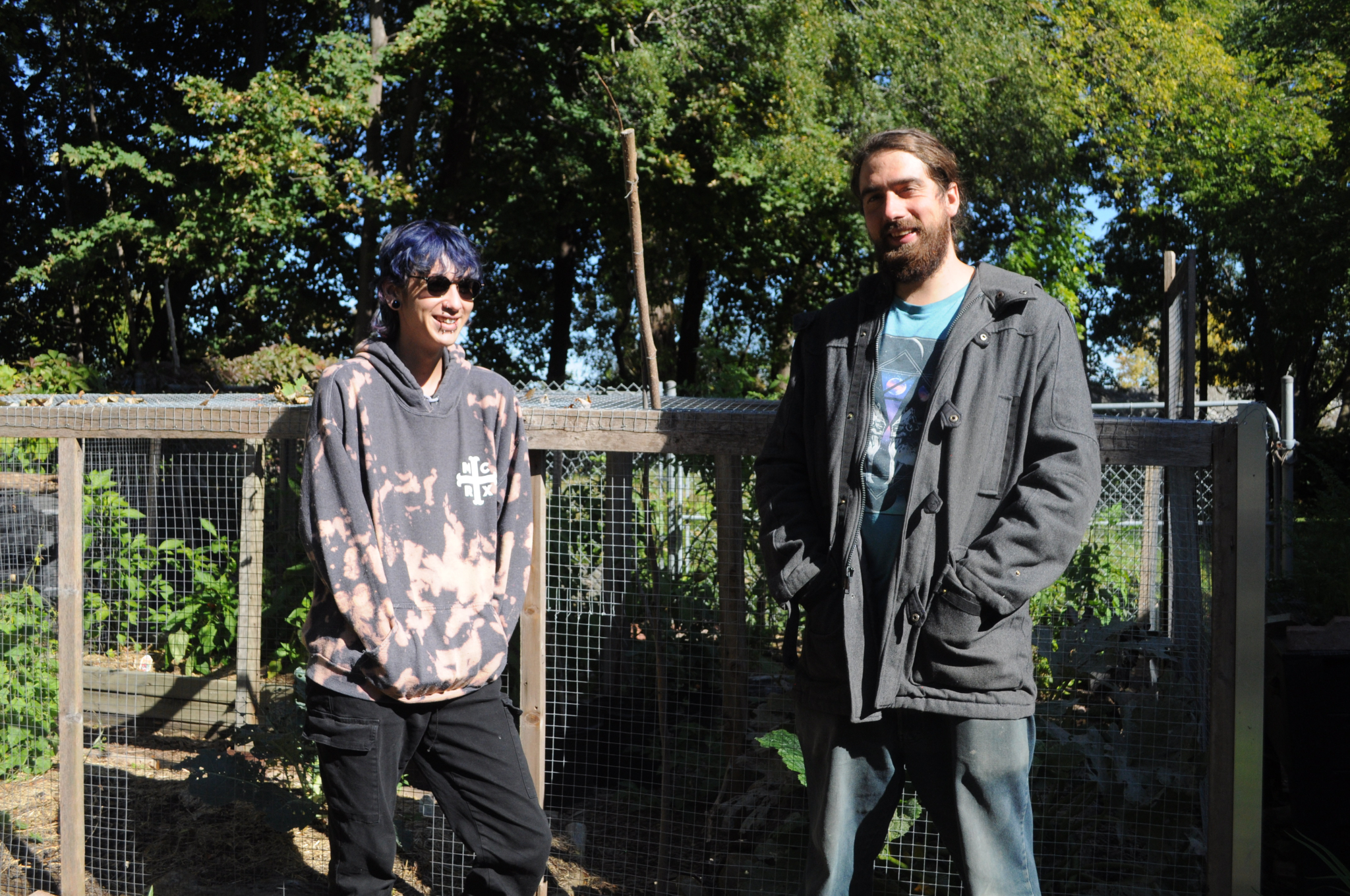 A food security project is teaching Indigenous youth the merits of gardening through a crash course in food systems and climate change.

When a Unitarian congregation in Ottawa’s West End neighbourhood wanted to advance reconciliation in their community, they took the advice of Verna McGregor, an Elder from Kitigan Zibi Anishinabeg, who suggested they start an Indigenous learning centre.

Ajashki, which means soil in Algonquin, grew from that conversation. The project first materialized as a modest food security project. Members of the First Unitarian Congregation started a garden in the back of the church, hosting lessons on the intersection of food security, foraging and climate change.

But Ajashki’s scope later shifted and now resembles McGregor’s original vision of a learning centre with an intersectional focus on food security, climate solutions and reconciliation.

In its early stages, Ajashki was spearheaded by eager congregation members Lynn Kofmel, Sharon Bowen and Patti Wunsch, who are non-Indigenous. They reached out to the Assembly of First Nations (AFN) for advice on how to develop their food security program.

That’s where Kayoki Whiteduck, who's a member of Kitigan Zibi Anishinabeg, came in. Whiteduck’s uncle works for the AFN, and if there was anybody to recommend with a knowledge of sustainable agriculture and Indigenous lived experiences, Whiteduck was the one.

Whiteduck’s horticulture roots run deep in the region. He started gardening when he was 15, beginning with string beans, watermelon and cucumbers.

“That was half my life ago, so I’ve been doing it for a while,” he said.

After he graduated high school, Whiteduck went to college to study horticulture in Victoria, B.C. A few years later, he started his own business, Mitigomin Agriculture, where he grows his own herbal teas and is hoping to expand to other produce soon.

Horticulturalist and educator Kayoki Whiteduck advocates for a hierarchy of agricultural practices: at the top, the most sustainable is garden-to-table growing, then farm-to-table, followed by supermarket-to-table.

Whiteduck also sat on the Canadian Agricultural Youth Council from 2020 to August 2022, which gave the youth council some Indigenous representation. The council discussed challenges around agriculture, including diversifying the field to include more youth, women and racialized folks.

The cohort tended the garden, watched films and participated in discussions facilitated by Whiteduck inside Ajashki’s classroom-like setting, where they would talk about how agricultural practices impact climate change.

Whiteduck advocates for a hierarchy of agricultural practices: at the top, the most sustainable is garden-to-table growing, then farm-to-table, followed by supermarket-to-table. Participants were paid the Ottawa living wage during the summer period — $18.60 an hour — for their work.

Looking to the future, Ajashki hopes to partner with the National Capital Commission (NCC) to incorporate gardens into their forested areas. Through NCC land, Ajashki hopes to create a healing forest, a food forest and a rain garden that will grow without disturbing what nature is already there.

The healing forest is envisioned as a space for relaxation, populated by Indigenous medicinal plants to resemble a precolonial ecosystem, Whiteduck said.

The food forest, on the other hand, is a tree-based garden with fruit trees and other harvestable forest-based foods, Whiteduck said.

Already, the group is using a plant-based solution to deal with ongoing runoff problems on the Unitarian church’s campus. Its rain garden, planted with native species, will soak up water that erodes the Ottawa River’s banks and prevent road pollution from entering the water, said congregation member Wunsch, Ajashki’s property manager.

Ajashki also hopes to find a revenue stream in the future so the learning centre can become less reliant on its funders, Whiteduck said.

The work of Ajashki has advanced reconciliation for the First Unitarian Congregation in a serious way, said the non-Indigenous members of the project. Before Ajashki, they noted, the congregation viewed reconciliation in the abstract. Now, it has moved to the practical.

The project helped the congregation actually meet with Indigenous youth to hear their truth, which is essential, Whiteduck said.