As municipal vote looms, some Ontario residents wrestle with heading to the polls on Diwali 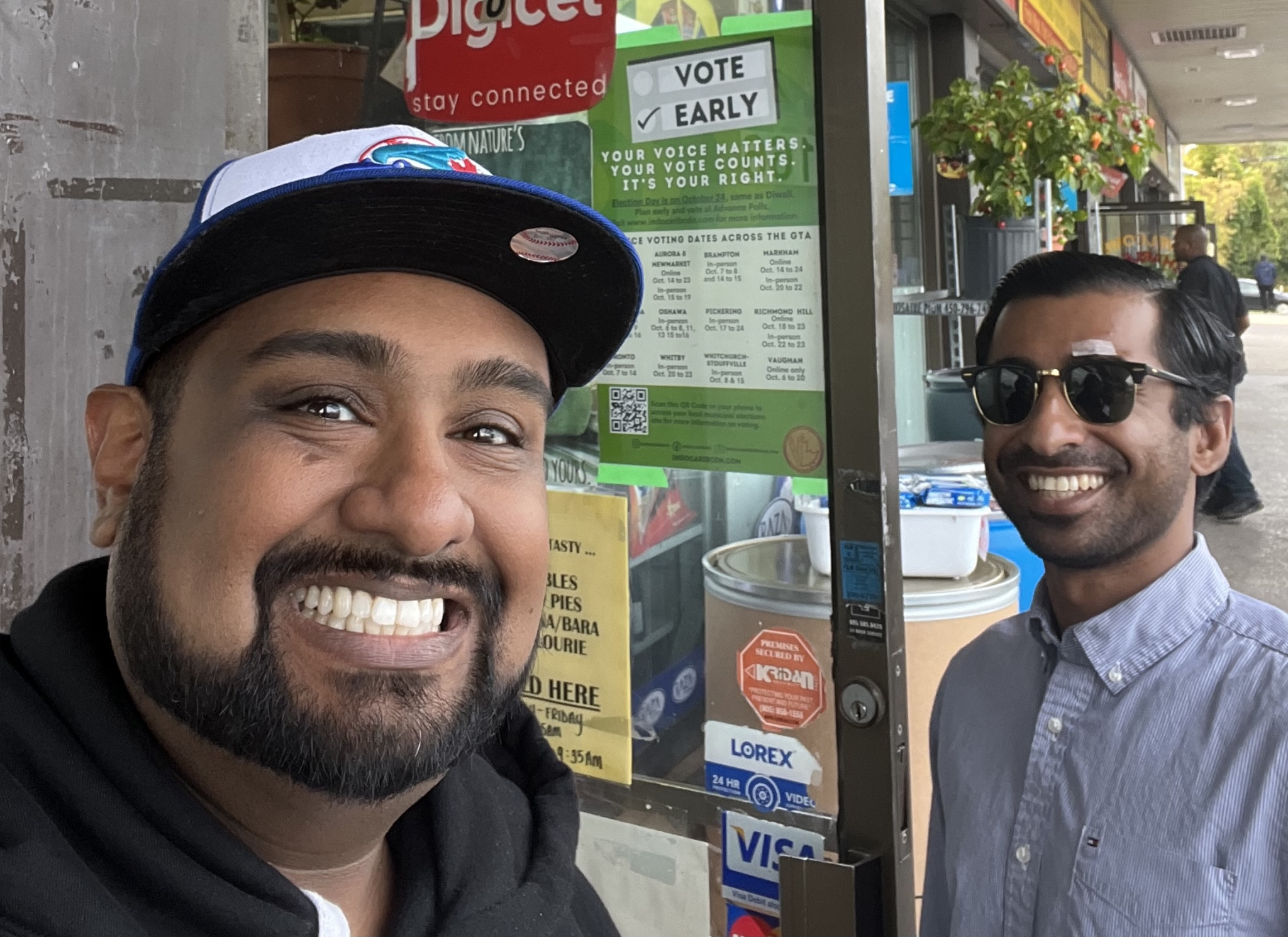 When 36-year-old Ryan Singh was booking the holiday Diwali off work, he realized it fell on Oct. 24, the same day as the municipal elections in Ontario.

With a background in managing political campaigns and being Hindu himself, Singh wanted to raise the issue and hoped the government would change the date to accommodate Hindus, Sikhs, Buddhists and Jains observing Diwali, the festival of lights.

Co-chair of the Indo-Caribbean Canadian Association, Singh started the “Respect Diwali” campaign, which called on the Ontario government to shift the date of the 2022 municipal elections.

Gaining media attention over the past week, the petition now has just over a thousand signatures but has not explicitly been addressed by members of the government.

Spokesperson for the Ministry of Municipal Affairs and Housing, Melissa Diakoumea, told The Canadian Press the election date is determined by an act that sets it for the fourth Monday of October, suggesting those who cannot vote on election day use other available options, such as advance, proxy, mail-in or internet voting.

Both happy and thankful for the media coverage, Singh is disappointed in the government's response. “I don’t think we’re asking for anything unreasonable. We’re asking for methods and means to encourage people to go vote [and] one of those is making sure that the one million South Asians in Ontario don’t have a conflict on election day.”

The municipal election has been moved once because of a religious holiday conflict. In 2007, eight months before the set election date, then chief election officer John Hollins advised the government the date conflicted with the Jewish holiday Shemini Atzeret, which would not permit members of the Orthodox Jewish community to vote on election day. The government moved the date to avoid the conflict.

Canada's National Observer reached out to the office of the current chief electoral officer, Greg Essensa, and was told by Elections Ontario media relations that the Oct. 24, municipal elections element “does not fall under the Chief Electoral Officer’s area of ​​jurisdiction,” and recommended us to “reach out to the Ministry of Municipal Affairs and Housing regarding this matter.”

The lack of response and interest from the government to address this issue meant Singh had to recalibrate, now trying to make the most of voting options. Their objective now is to make sure people have fair and equitable access to voting.

The Indo-Caribbean Canadian Association started a “Respect Diwali” campaign, calling on Ontario's government to shift the date of the 2022 municipal elections. After gaining media attention, the group has not heard directly from government officials.

“By asking people to vote during advanced polls, the government is admitting there are barriers to voting on election day,” Singh said.

Priya Ramdehall, 21, a political science student at McMaster University, says between school during the day and work in the evening, “the little time I get to spend with my family to celebrate Diwali is going to go towards celebrating with my family,” she said. “I grew up in a strict Hindu household and Diwali is always something we celebrate.”

After Ramdehall joined the “Respect Diwali” campaign, she learned about the election date change in 2007. “I realized ... if it happened then to accommodate a religious holiday or celebration, then it should happen now. We are restricting people from celebrating their holidays.”

Regarding the 2007 elections, Singh hopes going forward, the government can be proactive about recognizing conflicts and finding resolutions. “Not only did they avoid a Jewish holiday, but the new date also avoided the start of Eid, a Muslim holiday. They were cognizant of if they moved it, who else would be impacted, which is the foresight I hope the government has going forward.”

Since the government doesn’t seem to be making any amendments, Singh said the Indo-Caribbean Canadian Association has pivoted to amplify the dates and locations to vote early. “It’s now about encouraging people to use the small time they have to go out, access the dates available to them in their municipalities and vote early,” he said.

Singh's recommendation for the government moving forward is to make a list, no matter the religion, of important holidays and celebrations, so if the election date conflicts, it can be moved.

Not wanting to walk away from this thinking the association didn’t achieve anything, Singh said, “If the government proactively fixes this for the growing and diverse province we try to represent, it is a step in a positive direction, and we won’t see this happen again.”

Ramdehall recalls eating dinner, praying, and lighting diyas, a lamp that represents removing darkness in life, around the house with her family on Diwali. “I’ve always made the time and effort to partake in Diwali with my family. It’s such a nice time to bring everyone together. Having to go and vote, I feel like I’m missing out on that time to bring my family together.”

Haven't any of these people

Haven't any of these people heard of advance polls??