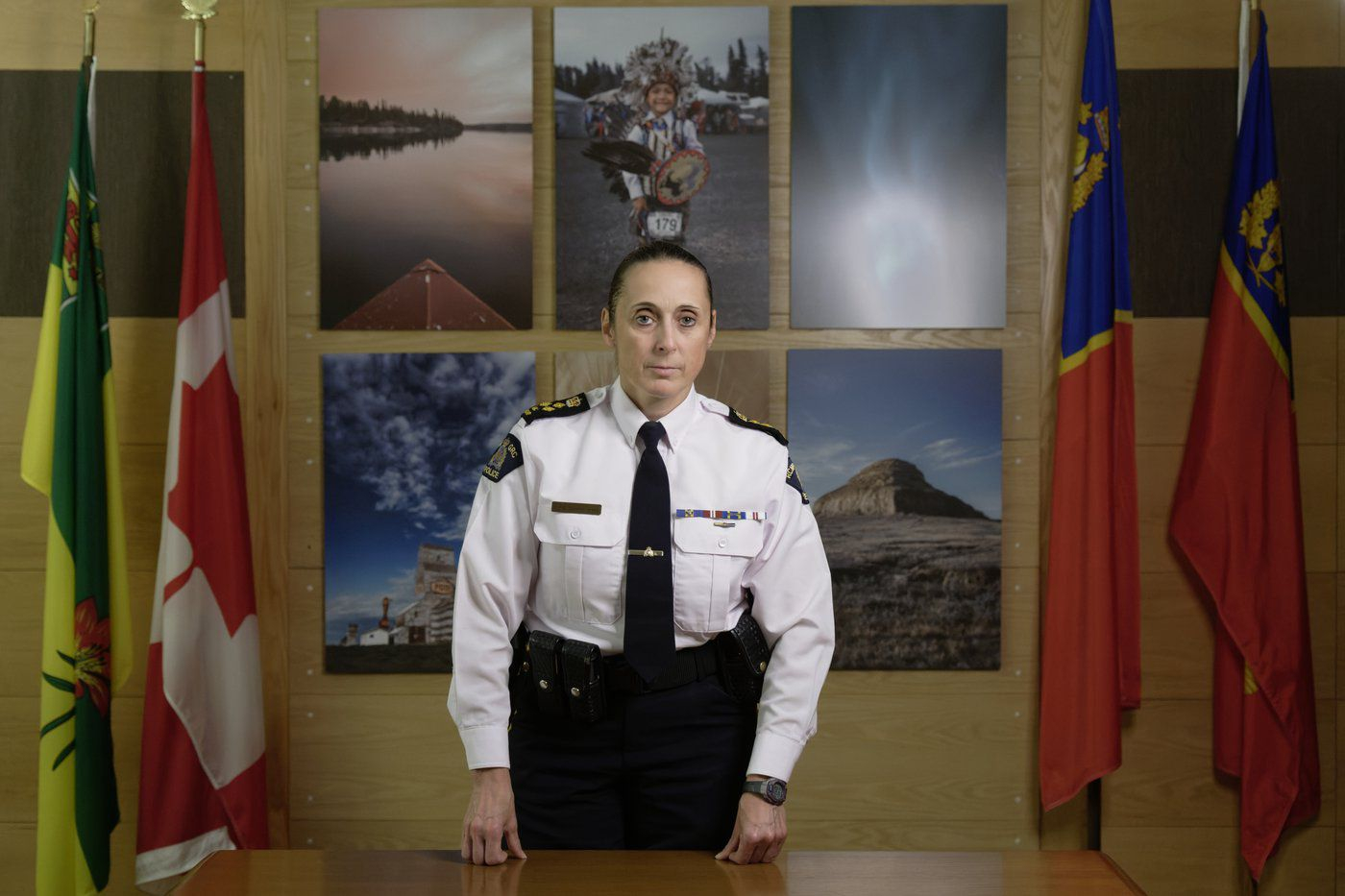 Assistant Commissioner Rhonda Blackmore poses for a photo after an interview with the Canadian Press at RCMP “F” Division in Regina, on Friday, Oct. 7, 2022. File photo by The Canadian Press/Michael Bell
Previous story

Some of the people who died in the stabbing massacre on James Smith Cree Nation last month were killed because they were trying to help others, RCMP say.

Residents put themselves at risk and in some cases paid with their lives for simply trying to protect others in their community, Assistant Commissioner Rhonda Blackmore told The Canadian Press in a recent interview.

"I think of that saying ‘Not all heroes wear capes.' I learned that some heroes wear moccasins because we saw that at James Smith. Protecting people just because that was the right thing to do," Blackmore said.

"They didn't think of their own safety. And they put themselves in harm's way."

RCMP have said Myles Sanderson killed 11 people on the First Nation and nearby village of Weldon on Sept. 4, including his own brother, Damien Sanderson. Eighteen other people were injured.

Herbert Burns' sister, Gloria Lydia Burns, 61, was one of the victims who died while trying to help Bonnie Burns, 48, who called for help from her home.

"When (Gloria) got there and got too close, that's when she saw the blood and the knives, and rather than run she tried to do the best she could to stop, but they turned on her," Burns told The Canadian Press. She was an addictions counsellor and first responder.

"She liked doing what she was doing, and she truly believed the Creator would help, but the Creator said 'no, you're going beyond. You're overstepping.' You need to know when to help and when to step back. She gave her life. And that's the choice she made."

Bonnie Burns and her son Gregory Burns, 28, were also killed.

Blackmore said she can't say for certain if some of the victims who died while trying to save others were able to prevent further attacks.

"But I think it speaks to the individuals who were committed to doing what they could to make sure that they were helping individuals who had maybe already been injured," she said.

"It certainly speaks to heroic acts that were committed that morning by individuals at James Smith as they attempted to protect and assist individuals that were there."

Myles Sanderson used a variety of weapons, said Blackmore, but she wouldn't disclose what the murder weapons were.

Overall, there were 13 crime scenes based on how the attacks unfolded. Blackmore said they included the inside and outside of homes and some vehicles.

To date, police have over 250 statements from witnesses and nearly 700 exhibits have been seized from the crime scenes.

Blackmore said police are still piecing together the timeline of the killings using forensic and DNA information along with the witness statements. RCMP have committed to releasing the timeline once completed, with police still investigating other possible people of interest.

"The overall investigation will determine if there were other parties involved," Blackmore said.

Police have said Damien Sanderson didn't kill anyone, but evidence shows he helped plan the attacks.

"They wanted to see that more enhanced police presence in their community," said Blackmore, who helped patrol the First Nation last week.

"You can see the importance and the impact of being there, providing that reassurance."

Mounties have also participated in sweats, pipe ceremonies and the RCMP's Indigenous policing unit is collecting hockey equipment for youth this winter.

"So they can enjoy some time away and focus on just playing hockey and not the tragedy that has unfolded there," Blackmore said.

She added that Mounties also share their own grief with the community as they, too, wear some of the trauma.

"These (victims) are individuals that they knew, that they’ve spoken to, that are important to them," she said.

"So not only are they dealing with the trauma of witnessing some horrific crime scenes — that were truly horrific — and … seeing things that humans shouldn’t have to see, and have difficulty processing, but they also lost people who were very important to them that were a part of that community."

This report by The Canadian Press was first published Oct. 11, 2022.