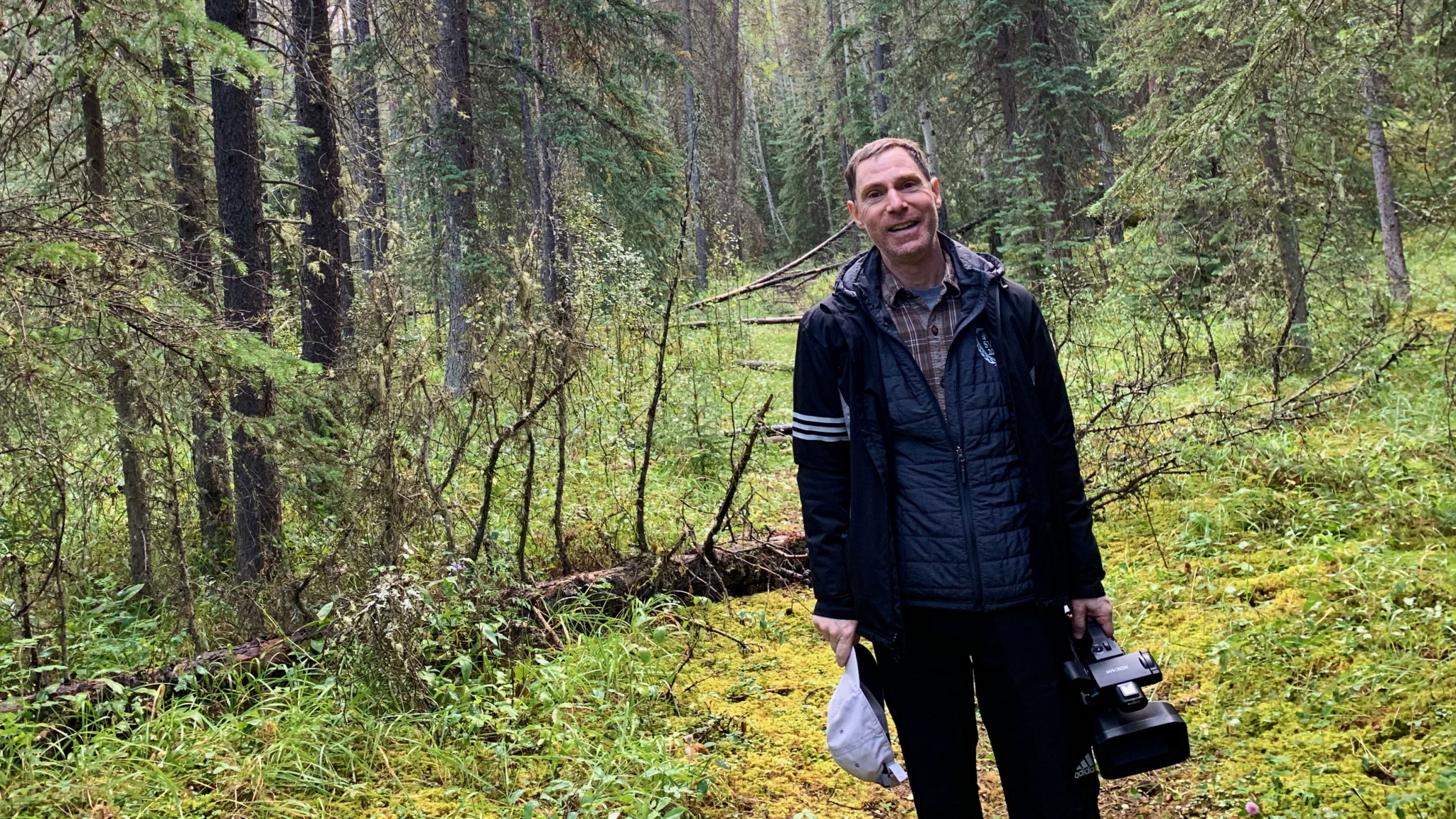 Michael Zelniker travelled across the boreal forest to speak with First Nations leaders and Elders during the pandemic. Photo courtesy of Michael Zelniker
Previous story
Next story

Filmmaker Michael Zelniker wrote a love letter to the boreal forest and the Indigenous Peoples who have lived there for thousands of years — and it begins with panic-buying toilet paper. Throughout that story is heartbreak over the deforestation caused to create paper fibre used in paper products.

The letter comes in the form of an urgent political documentary titled The Issue with Tissue: A Boreal Love Story. Zelniker, a non-Indigenous Canadian-American filmmaker based out of Los Angeles, travelled across the boreal to meet with First Nation leaders and knowledge keepers, and scientists to discuss how the link between colonialism and extractivism is threatening one of Canada’s essential carbon sinks.

Now, Michèle Audette, a senator and Innu member from Uashat mak Mani-Utenam who served as an executive producer, is hosting a screening of the film for lawmakers on Parliament Hill. A date has yet to be confirmed.

If there are only 50, or even 10, attendees at the screening, Audette will view it as a success. It’s a two-hour slow burn of a story, a lot different from the quick news hits we are used to, Audette says.

“But at the end of the day, it’s thousands of years of knowledge in a few hours, so it’s not that long,” Audette adds in an interview.

Paper producers, including Procter & Gamble which is named in the film, source much of their products from the boreal forest, according to the National Resources Defense Council.

In a recent analysis by Canada’s National Observer, the amount of wood in Canada’s forest has declined by four billion cubic metres since 1990, amounting to a loss of 1.3 billion tonnes of stored carbon, with another five billion released when that wood either burns or rots. In perspective, Canada emitted 676 million tonnes of carbon in 2020.

Zelniker notes the rate of logging in the boreal, which stretches across the country to every ocean, is quickly turning Canada’s forests into a carbon source, rather than a carbon sink.

Companies like the U.K.-based Drax Group or the Canada-based Resolute Forest Products, which is part of a massive conglomerate controlled and owned by the multibillionaire Sino-Indonesian Widjaja family, are logging swaths of stretches in the boreal.

The Issue with Tissue: A Boreal Love Story, a film about colonization and deforestation in the boreal forest, will screen on Parliament Hill for lawmakers thanks to Sen. Michèle Audette.

While the logging and extraction continue, Indigenous communities are seeing their territories devastated. For example, the boreal caribou are now threatened as a species despite serving as a way of life for Indigenous nations like the Innu for centuries.

Zelniker says the film is not his story or even his movie. Indigenous voices are central because the film argues there is a direct line from colonialism to unfettered extraction.

The movie’s longest section is about the history of colonialism in Canada, Zelniker says.

The documentary shines light on two opposing worldviews. One is the domineering mindset when it comes to extractive resources, what Zelniker sums up as “a lot is good, more is better and too much is just right.”

The Indigenous worldview can be summed up as a relation to creation and future generations. Zelniker paraphrases the Indigenous Elders and leaders who star in the film when he says: “Take only what you need, give thanks for what you take, with eyes towards the seven generations ahead.”

“This is one of the reasons why we're in so much trouble … this corporation-driven need to expropriate and consume and attain more,” Zelniker says. “Elder Dave Courchene said, ‘We will develop the quality of greed,’ nature just can’t sustain that,” he adds.

For Zelniker, the Indigenous view is something the world’s dominant cultures must adopt to protect and conserve sensitive ecosystems like the boreal.

Finding different sources of pulp fibre that aren’t from the carbon-essential boreal to flush down the toilet might be another solution.

— With files from Natasha Bulowski and Barry Saxifrage

High oil prices havn't trickled down to Alberta economy yet

After decades of work by Indigenous community activists, Winnipeg is finally receiving funding for a 24/7 shelter

OK. It's a bit of a crock to lay it all at the foot of nose- and bum-wipe.
And what did people think the effect of banning "plastic" would have on packaging? When was the last time you received a parcel that wasn't *still* swathed in plastic, plus several layers of paper products (including over-size outer boxes ... which we are now told not to "share" with people packing up to move house, so as to prevent spread of bedbugs, cockroaches, etc.
Perhaps some of the fibre from smaller plant crops (corn, rice) could be devoted to producing bio-degradable materials to replace them. Cutting down more trees, burning more wood "instead of" coal, oil or gas, isn't a plus.
We need to be getting honest about GWG emissions, effectiveness of carbon sinks (and effective of destroying them on *acceleration* of climate change.
It seems to me there's a considerable problem when it comes to education of lawmakers.
It wouldn't be impossible to demand that every cabinet minister and every critic amongst legislators pass a course that would, at a minimum, help them to develop a level of awareness and self-awareness to realize their knee-jerk responses are probably driven by ignorance, not by superior knowledge or thinking skills).
They already have to be schooled in processes to enable them to steer clear of egregious departures from behaviours that don't conform to parliamentary process. Surely that's not the full extent of what we expect of our legislators' preparedness, or ability/capacity, to improve the lot of most of the electorate, rather than that of the top 1 or 2 percent. (I say 1 or 2, because as I understand it, Canada has a higher proportion of very wealthy people than most others).
Time to stop publishing apologist pieces for *any* party ... though this publication one focuses on Liberals.