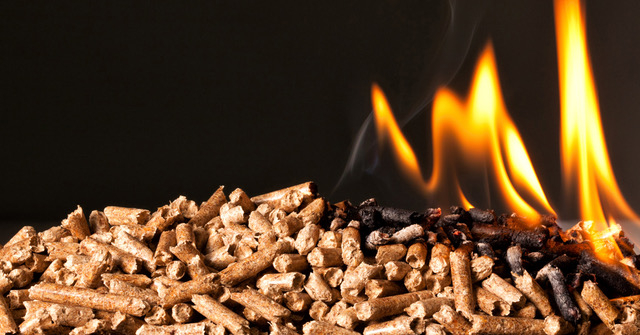 Four groups are urging the Competition Bureau of Canada to curtail a U.K.-based company's control over the wood pellet industry, Photo courtesy of the Canadian Centre for Policy Alternatives
Previous story

A U.K. company with a growing monopoly over British Columbia’s wood pellet industry must be forced to divest some of its holdings to protect the province’s forests and the jobs of forest industry workers, a coalition of unions and environmental and public policy groups say.

On Feb. 16, four organizations sent a letter to the Competition Bureau of Canada to request the department investigate the Drax Group, a U.K.-based renewable energy company and operator of the world’s largest wood-fired thermal electricity plant.

The plant’s primary feedstock is wood pellets, which the company must source from countries like Canada and the U.S. due to the U.K.’s lack of forest cover.

The groups estimate Drax currently controls 44 per cent of Canada’s pellet mill output and 82 per cent of Alberta’s, and that it will soon control over two-thirds of B.C.’s wood pellet output.

In December, Drax bought the pellet sales contracts of B.C.’s second-largest wood pellet producer, Pacific Bioenergy, which then announced it will shut down in March. This closure will cost 55 manufacturing jobs and an undisclosed number of logging and log hauling jobs, according to the letter.

The Public and Private Workers of Canada, which represents workers at the Pacific Bioenergy plant, sent the letter expressing concern over the way Drax’s “stranglehold” on B.C.'s wood pellet industry and the imminent plant closure will impact union members and their families.

“It looks like there's going to be more and more control of forest resources in the hands of this one company, ultimately at the expense of forest industry jobs and … the forests themselves,” said Ben Parfitt, a resource policy analyst with the Canadian Centre for Policy Alternatives, one of the groups behind the letter.

Early last year, these four groups — including Unifor and Conservation North — voiced concerns about a proposal to build a massive wood pellet mill in Fort Nelson, B.C., because it would be “purpose-built to turn whole trees directly into chips that would then be made into pellets.” Typically, wood pellets are created from leftover wood scraps at sawmills, which is what Drax claims to do, said Parfitt.

The letter reiterates the organizations’ opposition to the proposed project because “it will generate very few jobs relative to what is logged” and accelerate the logging of B.C.’s already diminished primary forests.

If built, the Fort Nelson facility would be the largest wood pellet mill in Canada, and the groups worry Drax would acquire the mill and urge the bureau to consider this “eventuality.”

“We believe that's simply too much and that the Competition Bureau should be looking at that and considering whether that results in a lack of competition,” said Parfitt.

He is hopeful the Competition Bureau will intervene as it did in 2021 when Paper Excellence agreed to purchase Domtar. As two of the largest pulp and paper manufacturers in Canada, the bureau was concerned the transaction would “substantially lessen or prevent competition” in the sale of pulp and paper in Canada and required Paper Excellence to sell one of its mills to an independent purchaser approved by the commissioner.

“Allowing a foreign producer to monopolize the pellet industry and then to cut down trees directly to make pellets threatens both our forests and forest industry workers,” said Scott Doherty, executive assistant to Unifor’s national president, in a press release.

Not sure I care who OWNS the

Not sure I care who OWNS the wood pellet industry. Should there be a wood pellet industry at all? Far as I can tell, all claims it may have to sustainability are ludicrous handwaving--that's almost the only thing that stupid movie a while back taking down various Green stuff got right.

...does anyone recall Easter