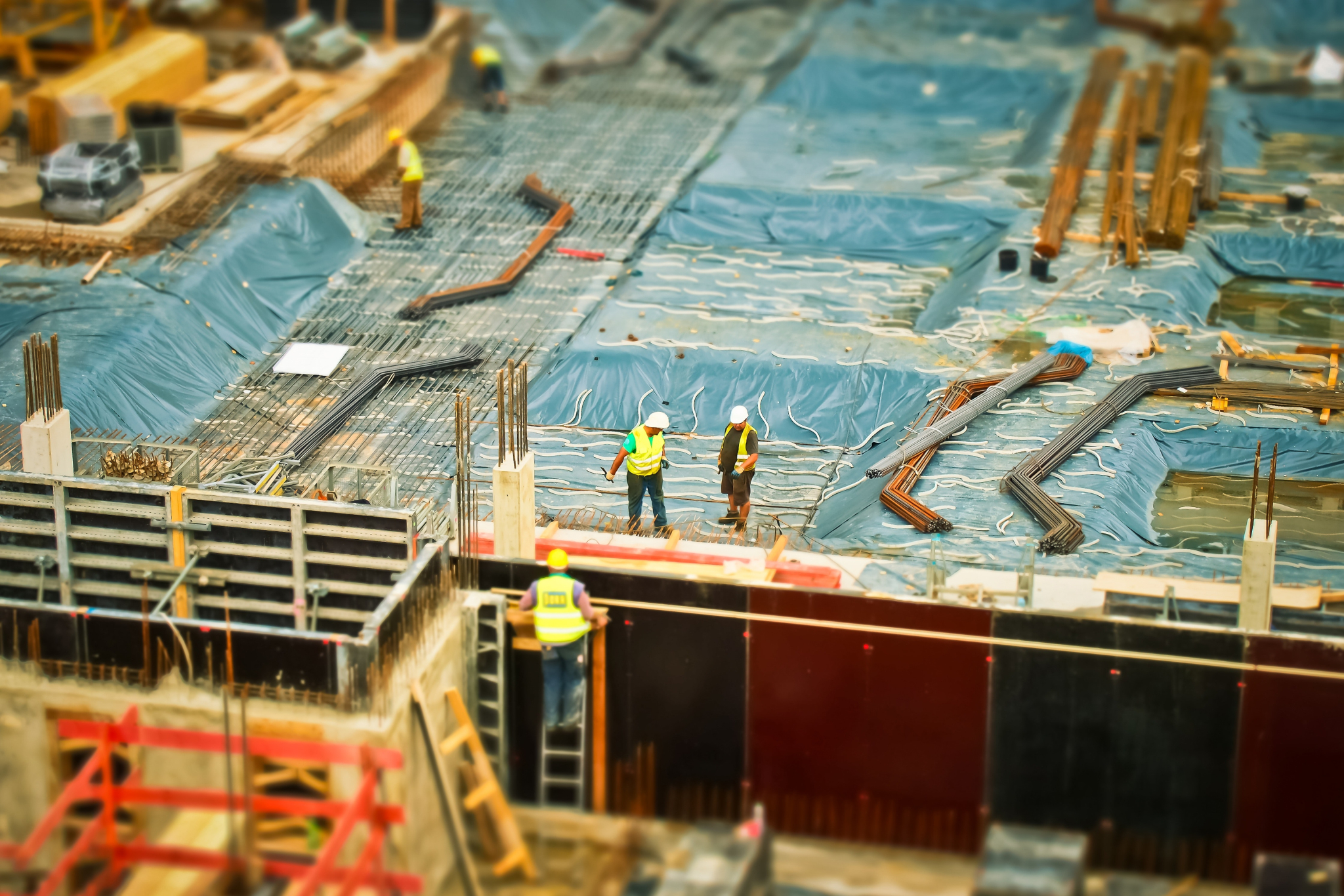 By procuring construction products with a lower carbon footprint, governments can effectively support a sizable market for clean building products. This approach is referred to as “Buy Clean." Photo by Pixabay/Pexels
Previous story

When one thinks about carbon emissions, images of spewing smokestacks or tailpipes likely come to mind. But there is a pollution problem hidden in the built environment around us, from the buildings we live in to the roads we drive on.

One-seventh of the world’s carbon emissions are associated with building materials like steel, cement and aluminum. And globally, most companies that make these products are not on track to hit net-zero emissions by 2050. Put simply, there is a construction-shaped hole in our global efforts to combat climate change.

Fortunately, solutions exist. Steel can be made without coal in an electric arc furnace. Cement and concrete can be made with lower-carbon fuels. In fact, many cleaner building materials are already available at little or no extra cost. And there are a number of new technologies — such as clean hydrogen for steel and carbon capture, utilization and storage for cement — just around the corner that could reduce the carbon footprint of these materials to almost zero. The problem is that many are likely to cost more than the dirtier alternatives, which could hold up development and adoption.

The good news is that Canadian governments have the power to accelerate the shift to cleaner construction materials. And they can do it while supporting Canadian industries and workers.

Governments are among the largest buyers of building materials in Canada. And by procuring construction products with a lower carbon footprint, governments can effectively support a sizable market for clean building products. This approach is referred to as “Buy Clean,” and it’s taking hold around the world, from the Netherlands to California.

The federal government is already on board, having announced its Greening Government Strategy to disclose and reduce the carbon emissions associated with building materials in federal projects, like ports or government buildings. While this is a good start, a new report from Clean Energy Canada and Global Efficiency Intelligence, Money Talks, found that such federal purchasing makes up just four per cent of all public spending and less than one per cent of all infrastructure spending in Canada. The reality is that the heft of Canada’s public infrastructure spending rests with provinces, municipalities and Crown corporations.

Put together, the Canadian public sector makes up around a fifth of all infrastructure spending in the country. The production of materials used in public infrastructure creates at least eight million tonnes of carbon emissions every year — equal to the pollution caused by 1.7 million gas-fuelled cars. When private construction is included, the figure rises to almost 28 million tonnes annually — 50 per cent of Canada’s electricity generation emissions.

By introducing an ambitious and truly national Buy Clean policy that spans all levels of government, Canada could avoid up to half of these emissions by 2030. And because the public sector has such significant buying power, Buy Clean would likely have spillover effects into the rest of the market. Indeed, the more governments demand low-carbon products through their purchasing, the more incentive the private sector has to channel resources into developing and producing them. That, in turn, helps lower costs, making cleaner products more competitive with their dirtier counterparts.

In fact, if governments and the private sector opted to ramp up low-carbon requirements to only buy materials with a 50 per cent smaller carbon footprint by 2030, the cumulative total emissions savings across the whole market would be as much as 75 million tonnes of carbon dioxide between now and the end of the decade. That’s roughly equivalent to taking all the passenger vehicles off Canada's roads for an entire year.

A Buy Clean approach also has the added advantage of supporting many of Canada’s already leading low-carbon industries. Canada’s electricity grid is among the cleanest in the world, meaning that products made using that electricity are also low-carbon. As a result, Canada produces some of the world’s cleanest aluminum and steel. Canada’s cement and concrete industry has made ambitious commitments to reduce emissions to net-zero. And provinces like B.C. and Ontario have enormous potential for a sustainable mass timber construction industry.

The good news is that Canadian governments have the power to accelerate the shift to cleaner construction materials while supporting Canadian industries and workers, write Oliver Sheldrick @OllieSheldrick & Felix Whitton @cleanenergycan #cdnpoli

The opportunity is such that a group of industry associations — representing cement, steel, aluminum and forestry — and labour and the environmental groups have joined forces to form a Buy Clean Alliance, calling for the federal government to release an ambitious and fully funded national Buy Clean strategy.

Canada also punches above its weight in cleantech, with companies like Montreal-based CarbiCrete, whose technology can create “carbon-negative” concrete, or Alberta-based Carbon Upcycling, which is using waste glass to make cleaner cement. And with 137 countries covering 91 per cent of the world’s GDP committed to reaching net-zero by 2050, the future market for low-carbon materials is potentially enormous. The more Canadian industries are incentivized to produce cleaner products, the more they can grow and compete in a world that is kicking carbon.

In short, Buy Clean is good for the climate and good for business, but only if Canada effectively leverages its full public purchasing power. To do so, it must mandate Buy Clean requirements across the whole federal government — including federal investments in provincial infrastructure. And it must reform building codes to incorporate low-carbon requirements while also funding programs to test and innovate even cleaner construction solutions. This should be supported by a dedicated team that can offer support to all levels of government — from provinces to municipalities — to get on board with Buy Clean.

Ollie Sheldrick is a program manager at Clean Energy Canada, where he works to develop and advance policies that reduce industrial emissions while promoting clean growth. Before joining Clean Energy Canada, Sheldrick worked as a research consultant focused on human capital and the innovation economy with an environmental and sustainability lens. Prior to his move to Canada, Sheldrick worked in policy and research for think tanks and non-profits in the U.K. He holds an MSc in urban studies from University College London, and a BSc in human and physical geography from the University of Reading.

Felix Whitton is a senior policy adviser at Clean Energy Canada, where he works to advance policies that reduce industrial emissions. He previously worked at the Office of the Auditor General of Ontario and the Environmental Commissioner of Ontario, where he provided analysis and recommendations on provincial climate, energy efficiency and land use planning initiatives. Prior to joining the public sector, Whitton spent six years in environmental philanthropy and public engagement in Ontario and the U.K. He holds an MSc in ecology, evolution and conservation from Imperial College London, and recently gained a professional certification in sustainable investment from Concordia University.