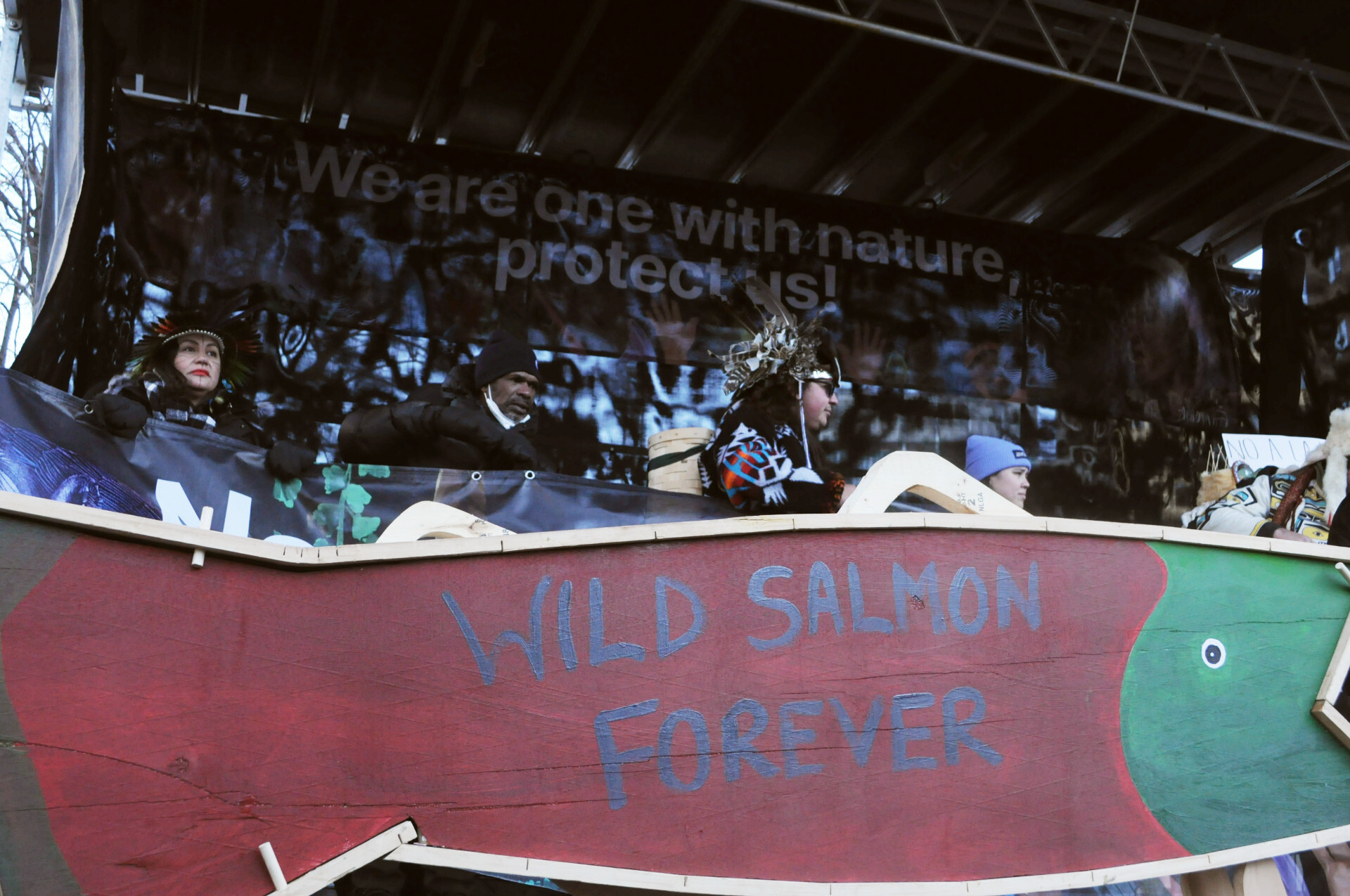 About a million animal and plant species around the globe are on the verge of extinction — more than ever before in human history. As the world gathers in Montreal for COP15 (the UN biodiversity conference) to negotiate a deal to halt and reverse nature loss in the coming decade, calls to put Indigenous rights and leadership at the heart of biodiversity initiatives are growing louder.

Through their diverse cultures, laws and knowledge, many Indigenous nations in Canada have maintained healthy ecosystems and economies in harmony since time immemorial. Globally, an estimated 80 per cent of the world’s remaining biodiversity exists in lands inhabited by Indigenous Peoples, despite these territories accounting for just 22 per cent of the world’s land.

Canada struggles with a legacy of colonial conservation policies that have disregarded Indigenous rights and sovereignty and damaged relationships with Indigenous communities. As Canada looks to shape its action plan on biodiversity protection in the coming decade, we have an opportunity to reimagine the role of Indigenous sovereignty alongside Canada’s legal framework, reshaping our country’s exploitive relationship with nature and working towards reconciliation with Indigenous communities.

Biodiversity laws in Canada have perpetuated fortress conservation, which SAGE Knowledge defines as “a conservation model based on the belief that biodiversity protection is best achieved by creating protected areas where ecosystems can function in isolation from human disturbance.”

This approach undermines many Indigenous stewardship practices, which often require active and continued interactions with their lands and waters. This is conflated with fortress conservation’s reliance on colonial conceptions of sovereignty that discount Indigenous jurisdiction over their traditional territories, resulting in the displacement of Indigenous communities from their ancestral lands and loss of their livelihoods and access to their spiritual sites.

Natural resource extraction represents nearly 13 per cent of the Canadian economy, which has fed the country’s anthropocentric approach to nature — where humans are seen as separate from and superior to it. This conflicts with the reciprocal relationship with land that many Indigenous Peoples hold as central to their culture, laws, knowledge systems and livelihoods.

Adopting a rights-based approach to nature

Canada’s colonial relationship with conservation has contributed to a pattern of broken trust with Indigenous communities and violations of their rights and sovereignty. To enact meaningful change, all levels of government in Canada must adopt a rights-based approach to biodiversity protection. A starting point for this approach is the implementation of all rights entailed in the UN Declaration on the Rights of Indigenous Peoples (UNDRIP).

The declaration was adopted by Canada in 2021, necessitating its implementation in any new laws. This requires centring Indigenous leadership in any plans to protect and restore biodiversity in Canada, thereby respecting Indigenous rights to self-determination of their own social, political and cultural identity and membership.

The federal government appears to be moving in the right direction toward dismantling Canada’s colonial relationship with nature. In the first week of COP15, two major announcements were made that will empower Indigenous-led biodiversity protection in the coming decade.

A First Nations Guardians Network, announced on Dec. 9, is the first of its kind in the world. The network will streamline funding and capacity-building opportunities for guardians from Indigenous nations across the country.

A pathway towards ethical co-operation

While these announcements are a promising first step, Canada still requires a concrete plan for how these initiatives will be implemented. That means ensuring any agreements emerging out of COP15 — as well as any national, provincial, or territorial biodiversity legislation — include mechanisms for accountability and legislative safeguards that commit governments to respect Indigenous rights and sovereignty in a robust way, aligned with self-determination.

This can be best achieved through co-creation of biodiversity laws and declarations with Indigenous leadership, holding Indigenous communities on equal footing as allies or partners, not separatist threats to be oppressed. This means doing away with the idea that state sovereignty is superior to Indigenous sovereignty. Not only is this approach effective, but Indigenous rights necessitate it. This process can be characterized as a reconciliation of sovereignties, which is the foundation for ethical co-operation.

Canada must also recognize there is no one-size-fits-all model for Indigenous communities across the country. The government must ensure biodiversity laws and funding schemes are flexible and adaptable to community context. These frameworks must also pair management rights with governance rights and jurisdictional recognition, ensuring a community’s laws and knowledge systems lead the way.

Indigenous Peoples have been among the most effective stewards of biodiversity since time immemorial. If Canada has any hope of achieving its target of protecting 30 per cent of land and marine ecosystems by 2030, it is critical this process involves First Nations, Inuit and Métis, using both western and traditional ecological knowledge to find the best solutions to protect nature.

Victoria Watson is a law reform specialist with Ecojustice and co-chair of the organization’s reconciliation working group. She is a Haudenosaunee woman working on the traditional unceded territory of the Anishinaabeg people and is passionate about decolonization/reconciliation initiatives.

Will Indigenous sovereignty be on the agenda at COP15?

This is at best a Panglossian

This is at best a Panglossian interpretation of the Earth's history. Many civilizations have risen and fallen over tens of thousands of years, and left deserts in their wake. This pattern is not unique to colonial adventures. If one were to revert Canada's population to subsistence living equivalent to that practiced by Indigenous people in the near-historic past, tens of millions of Canadians would die.
We need more constructive proposals to solve the problem of living alongside nature, rather than becoming embedded in it.

At best indigenous style conservation is an aspirational endeavor. Indigenous conservation included things like Buffalo Jumps, where whole herds of buffalo could be killed to provide food for a tribe for one winter. Nowadays, the earth's population could not survive by the use of the hunter gatherer model so it is rather useless to try to scale up indigenous "conservation".. Indigenous people certainly do not envision such a thing - just the right to order their own lives and lands in keeping with their historical knowledge. It is up to the rest of humanity to find and practice the "conservation of survival."