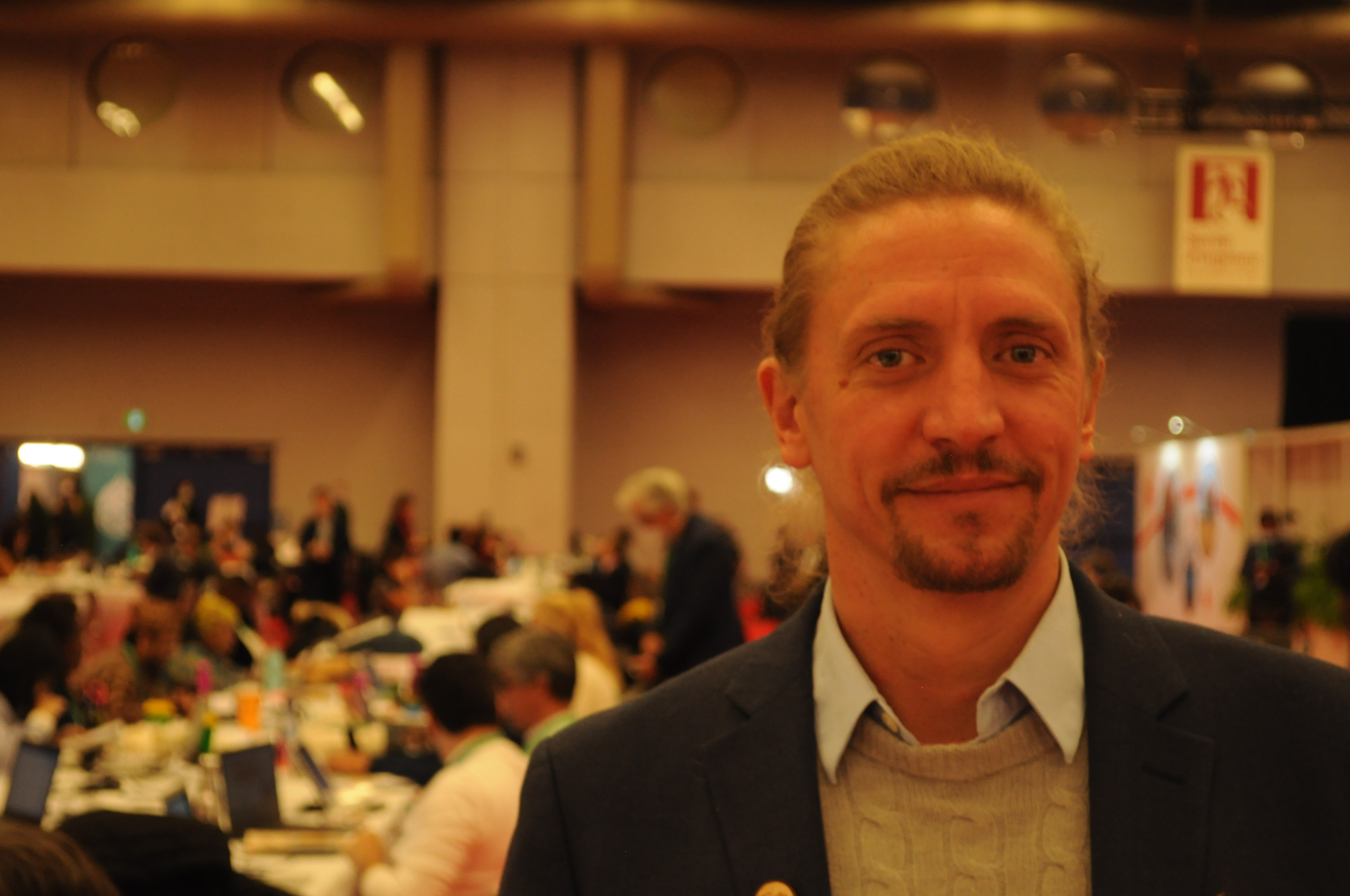 With 17 per cent of its forest already lost, the Amazon is near a tipping point. If that reaches 20 to 25 per cent, scientists say there will be irreversible changes.

Uyunkar Domingo Peas Nampichkai, a leader from the Achuar Nation of the Ecuadorian Amazon, put it simply at a news conference Wednesday: the Amazon is in a “deep crisis.”

As delegates from around the world gather at the United Nations’ COP15 biodiversity conference in Montreal, Indigenous Peoples in the Global South are calling out Canada for letting mining companies devastate their ancestral territories in the Amazon. It’s a central issue for protecting nature because 80 per cent of biodiversity is on Indigenous lands, according to the UN.

When companies destroy ecosystems, they often destroy the ancestral cultures and knowledge systems that were connected to that land, says Francisco von Hildebrand, president of grassroots NGO Gaia Amazonas.

The organization launched a campaign for COP15 called Hands off Amazon when a delegation visited Canada in June to meet with politicians and Indigenous nations. The campaign is pressuring citizens and politicians to push for stronger regulations, particularly on Indigenous rights and environmental protections, in the mining industry.

There are fewer than 2,000 mining companies in the world, but 75 per cent of them are headquartered in Canada. That makes Canada the single most important regulator of the sector that encroaches the most on Indigenous territories, von Hildebrand said.

For industries like logging, resource extraction projects tend to take place in designated areas. Mining, on the other hand, happens all over Indigenous territories, wherever deposits are found, in some cases polluting waters and intimidating local communities in the process.

The Global South is one of the most dangerous areas for Indigenous land defenders, with hundreds killed each year. At least 227 land and environment defenders were killed in 2020 alone, with a third of those attacks against Indigenous Peoples, according to a Global Witness report.

Indigenous Peoples in the Global South are calling out Canada for letting mining companies devastate their ancestral territories in the Amazon. #COP15 #cdnpoli #Mining

“They can be intimidated, attacked, anything short of being killed and they don't make the list,” he said.

Global Affairs Canada has created an ombudsman position to look into environmental grievances by Canadian companies elsewhere in the world because his ministry’s authority ends at the border, Guilbeault added.

But there have been numerous allegations of misconduct. Von Hildebrand points to mining corporation Cosigo Resources, headquartered in Victoria, as an example. The company was accused of — and later denied — bribing local officials over a proposed gold mine inside a natural park in the Colombian Amazon. It later filed a US$16.5-billion lawsuit against Colombia alongside U.S. partner Tobie Mining & Energy Inc., arguing the country violated its free trade agreement with Canada. That ongoing legal battle undermined the creation of the national park, von Hildebrand said.

Earlier this week, Canada announced its participation in the Sustainable Critical Minerals Alliance at COP15 alongside the United States, the United Kingdom, France, Germany, Australia and Japan. The announcement was made shortly after Canada unveiled its critical minerals strategy aimed at avoiding dependence on China. Voluntary commitments of the alliance include supporting local and Indigenous communities.

But von Hildebrand says Canada must do more. “When you move 75 per cent of mining companies, the other 25 per cent will follow,” he said.

Von Hildebrand hopes to raise awareness of how Canadian mining companies operate in places like the Amazon because Canada could become a global leader in biodiversity and Indigenous rights and sovereignty with stronger regulation.

“No one is saying stop mining, but we’re saying, ‘Just abide by the rule of law,’” von Hildebrand said.

“Are the values of Canadian people only good for people holding Canadian passports? That’s the question I have.”

‘Our big fear is that they’re going to disappear altogether’: First Nations fight to save caribou herd trapped on Ontario islands

The heart of UN biodiversity talks beats at the Indigenous Village, but will it give life to Indigenous rights in COP negotiations?

‘We do not have time’: Civil society groups worry COP15 negotiations moving too slow

The article, and the people

The article, and the people pushing for reform in Canada, might do well to grapple with the question: "WHY are 75% of the world's mining companies headquartered in Canada?" I mean, Canada is a physically big country with quite a few resources, but come on, 75%? I can't remember the details, but I believe most of the world's mining companies decided to (formally at least) headquarter in Canada because a few decades ago Canada put in place a special mining company tax break of some sort. So like, these aren't Canadian companies, not really--they're "headquartered" in Canada for the same reason some companies "headquarter" in Ireland or the Caiman Islands. If Canada got serious about regulating them, most would go "headquarter" somewhere else.

Not that that would be a big loss, because if we're acting like a tax haven for them it's not like we're getting much benefit for their presence. And regulating them might be worth it just to make Canada overall a little less corrupt. But if we expect that Canada regulating the behaviour of mining companies will actually do much about the problem of mining company behaviour, we are likely to have a rude awakening. Anyone pushing for Canada to regulate those companies should be ready to start whacking the next mole if they succeed.