To hit our climate goals, automakers have to clean up their act 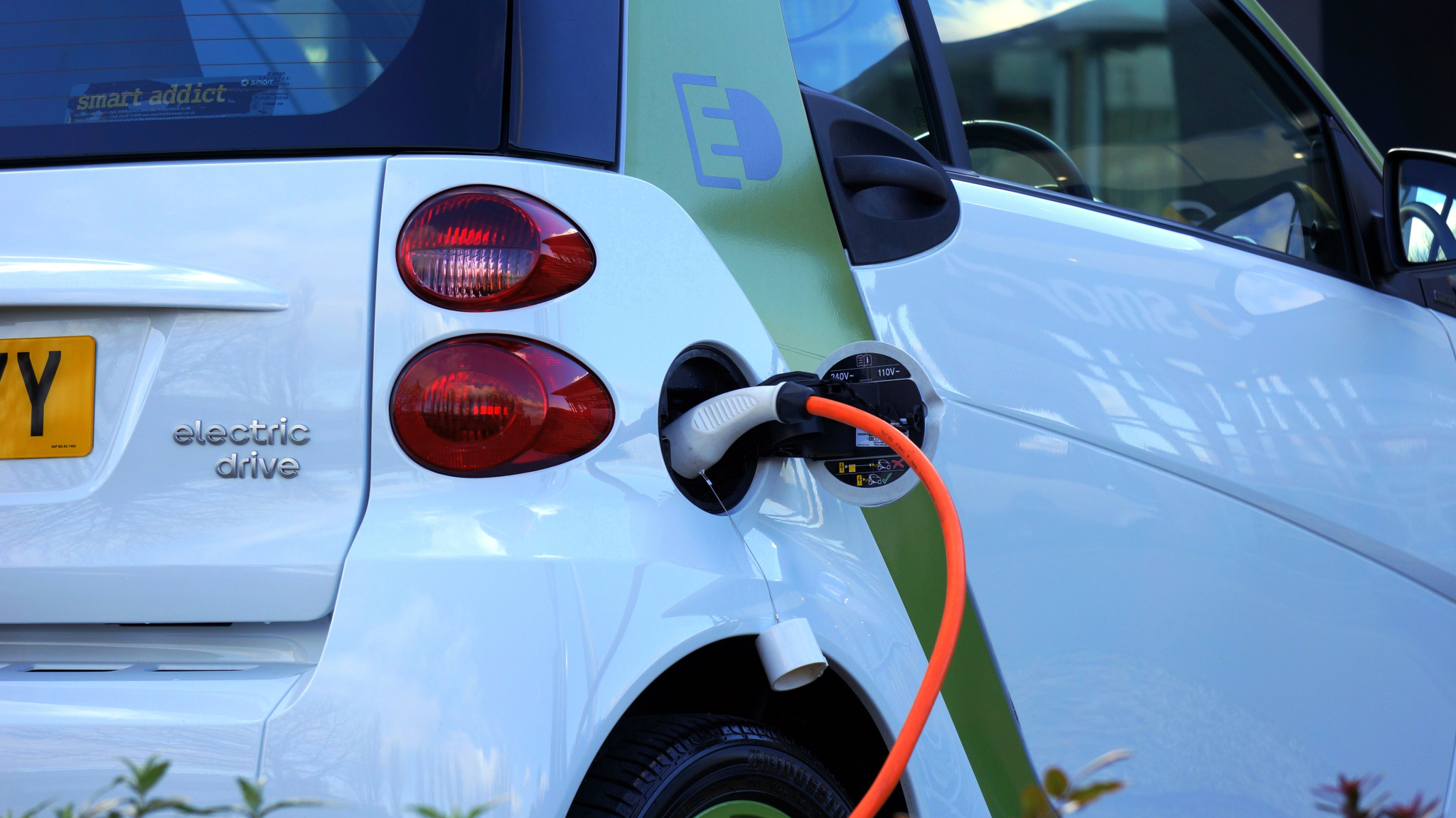 Car corporations want to slow the switch to electric cars so they can continue profiting from pollution. Photo by Mike B/Pexels
Previous story

The federal government has committed to phase out the sale of gasoline-powered cars by 2035. Environmental advocates argue that the best path forward is to regulate automakers and require them to meet increasing zero-emission vehicle (ZEV) sales requirements.

This has been done by a growing list of jurisdictions, including British Columbia, Quebec, California and 15 other states in the U.S. But auto industry lobbyists argue that rather than regulate, Canada should focus on increasing investments in the charging network and triple the federal purchase incentive for ZEVs from $5,000 to $15,000.

So what’s the correct approach? To find out, Environmental Defence and Équiterre worked with the Sustainable Transportation Action Research Team (START) at Simon Fraser University, engaging some of Canada’s leading academics to answer the question: what does it actually take to reach our climate goal of converting 100 per cent of auto sales to zero-emission vehicles by 2035? The answer may surprise you.

It turns out that only building out needed charging infrastructure and adding a huge increase in subsidies would not meet the sales targets. Even if the subsidies were offered all the way out to 2035, only 65 per cent of new car sales would be ZEVs — massively missing the 100 per cent sales target for that year. It's higher than business as usual, which will only get us to 39 per cent by 2035. But it just isn’t enough.

Why? Because fundamentally, what is holding back ZEV adoption is not Canadians’ readiness to buy electric vehicles, as auto industry lobbyists like to argue. It's that car companies make higher profits selling gasoline cars, so they have a high-carbon bias in their investment and vehicle pricing decisions. This results in the market being flooded with fuel-inefficient SUVs and trucks, while electric cars are kept to the luxury market with years-long waiting lists.

Fortunately, there is a solution. We also modelled our recommendations for the upcoming regulation called a Clean Car Standard, which would require automakers to meet ZEV sales targets or face financial penalties. If it is designed properly, not only does it result in Canada hitting every sales target outlined in the federal emissions reduction plan, but it also cumulatively reduces emissions by 135 million tonnes by 2035. To put that in perspective, that is equivalent to 57.5 billion litres of gasoline not burned — enough to fill 23,000 Olympic-sized swimming pools.

A Clean Car Standard would also lead to a 20 per cent reduction in electric vehicle prices for the average consumer because automakers would have to bring affordable models to the market and manufacture at scale to meet sales goals, instead of focusing on a low volume of high-priced luxury models.

A Clean Car Standard is also far more cost-effective. The automakers’ recommendation to triple incentives up to 2035 would cost the federal government more than $54 billion, while the regulation costs virtually nothing. The cost of transitioning to electric vehicles would be instead shifted onto the auto industry, which would see a slight decline in profits compared to business as usual.

This hit to profits tells us exactly why automakers are so vocally opposed to the proposal. Automakers have a financial stake in slowing the transition to electric vehicles because they want to keep profiting from pollution. But our analysis also reveals something far more sinister. The auto industry actually captures a significant portion of the value from ZEV purchase incentives by hiking prices.

For example, just days after the U.S. Senate passed the Inflation Reduction Act, which delivered a US$7,500 EV tax credit, Ford hiked the price of its F-150 Lightning trucks by approximately US$7,000. When Canada raised the vehicle purchase price cap for the iZEV program in the 2022 budget for passenger cars from $45,000 to $55,000, suddenly BMW’s 330e plug-in hybrid’s price jumped by $10,000 — from just under the old price cap to just under the new one.

What does it actually take to reach our climate goal of converting 100% of auto sales to zero-emission vehicles by 2035? The answer may surprise you, writes @ClimateNate @envirodefence @equiterre #cdnpoli #ClimateEmergency #EV #EVRebates

Our analysis reveals that of the $54-billion cost to taxpayers from a more generous subsidy, automakers would be able to pocket $10 billion by widening their profit margins on these vehicles, a process recently coined as “greedflation.” And perversely, if they act in the rational way the economic model predicts, they would actually use a portion of these captured dollars to reduce prices for gasoline cars and sell more of those instead.

It's clear we can’t trust the auto industry with the future of our planet. Left to their own devices, they will keep us in gas guzzlers or on a waiting list for a luxury electric car. To reach our climate goals, we must tell automakers to clean up their act with a Clean Car Standard.

Want to jump the queue for a mid-size electric vehicle? Get ready to pay big time

Auto industry greed stands between us and a climate-safe future

Good article, BUT a missing

Good article, BUT a missing component to the strategy is large increase in taxes on ICE vehicles and no tax on BEVs. And in addition accelerate carbon tax on fossil fuel.

I thought the article was

And, I also agree with you Andy, that the most effective policy for doing that in all the nations that I've read about (see Norway for prime example) has been to raise the cost to consumers of buying a new fossil burner. These nations have done that with a combo of emissions-weighted sales taxes on new cars, and higher gas taxes. If there isn't the political will in Canada for this kind of strong polluter-pays policy, then perhaps the policy recommended in this article (fining legacy automakers for not meeting BEV quotas) will be enough on their own?

Many "environmental advocates", including this one, argue for fewer cars, including EVs.
Invest instead in public transit, cycling, and pedestrian infrastructure. Move people out of cars towards sustainable modes of transportation. End urban sprawl, and build smart, human-scale cities built for people, not cars.

"Rush to electric vehicles may be an expensive mistake, say climate strategists" (CBC, Dec 12, 2022)
"With their futuristic designs and new technology, EVs are the seductive consumer-friendly face of the energy transition.…For people with money and a conscience, EVs are doubly satisfying. They allow the affluent to indulge in the time-honoured pleasures of conspicuous consumption while at the same time saving the planet."
Urban planning advocate Jason Slaughter: "EVs are here to save the car industry, not the planet. Electric cars are still a horrendously inefficient way to move people around, especially in crowded cities."

Prof Greg Marsden (Institute for Transport Studies at Leeds University): “Electrification is necessary but not enough.
“Travel demand reductions of at least 20% are required, along with a major shift away from the car if we are to meet our climate goals.
“This implies a really major social change. That is why it is a climate emergency and not a climate inconvenience.”
"Electric car emissions myth 'busted'" (BBC, 2020)

Cars and the sprawl they

Cars and the sprawl they enable are an environmental scourge and public health disaster, no matter how they are powered.
In perpetuating sprawl, EVs exacerbate the problem and obstruct real solutions. A one-Earth footprint cannot accommodate an energy-intensive lifestyle where millions of people drive everywhere they go -- or an urban model relying on millions of cars to transport millions of people.
This model is unsustainable. We need to hit the brakes on sprawl and car culture ASAP.

EVs are the yuppie response to climate change. No solution to the climate crisis is more shallow. Wealthy progressives want EV subsidies so they can salve their guilty conscience over their outsize footprint without having to make any real change in their unsustainable lifestyles.
"Shifting to EVs is not enough. The deeper problem is our car dependence" (CBC, Jul 31, 2022)