Health Canada downplayed the risks of a toxic pesticide. Is that the ‘tip of the iceberg’? 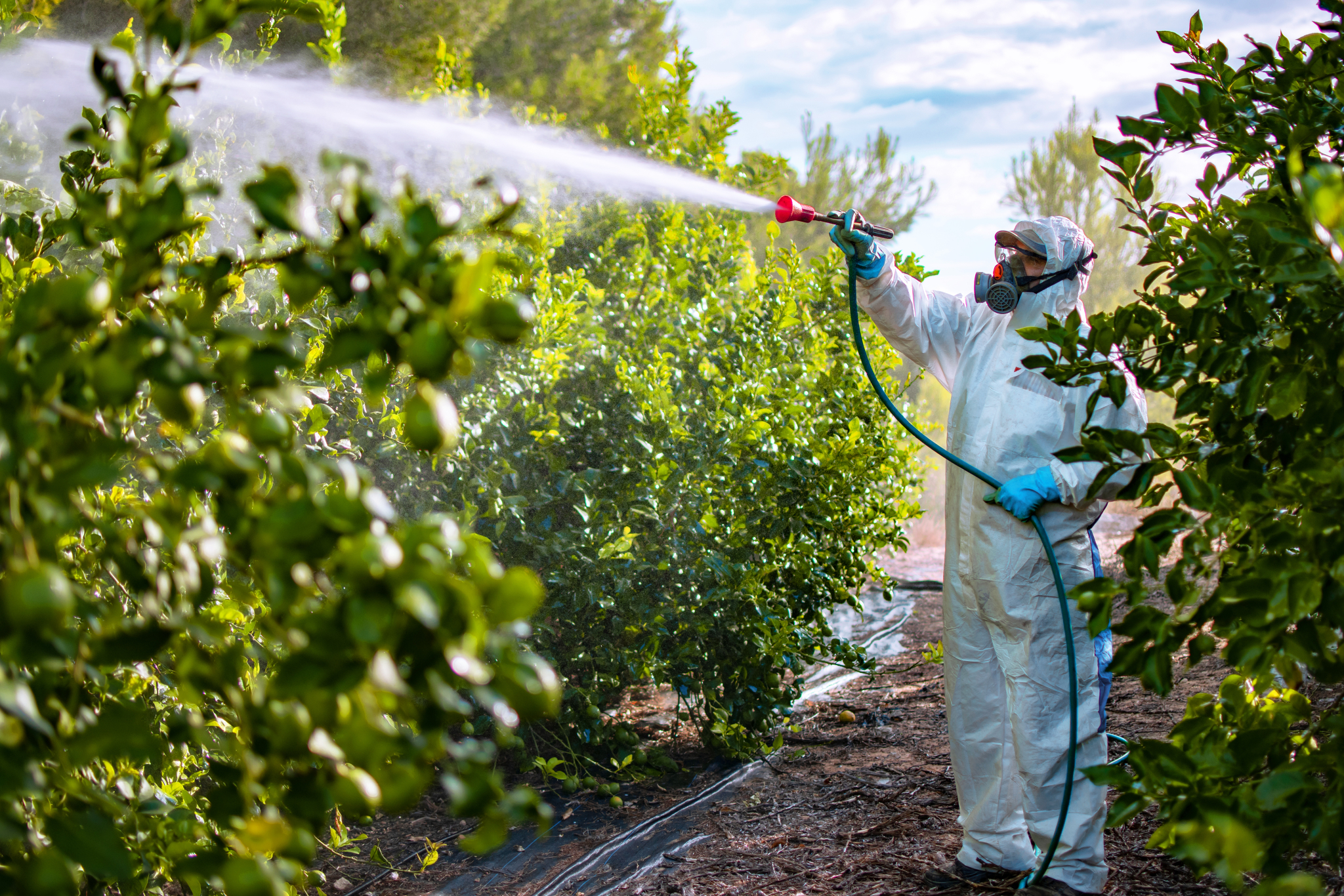 Documents show that Canada's pesticide regulator repeatedly ignored red flags raised by its own scientists about the health risks posed by the pesticide chlorpyrifos. Photo by Shutterstock
Previous story

Critics are calling for better oversight of Canada's pesticide regulator following revelations the agency repeatedly ignored red flags raised by its own scientists about the pesticide chlorpyrifos.

Chlorpyrifos is a pesticide commonly used on crops like wheat, in greenhouses and to kill mosquitoes. It harms the nervous system and can cause brain defects in children, health effects that led the U.S. and the EU to ban it in 2021. It is currently being phased out in Canada.

Documents obtained by the environmental group Ecojustice and exposed by Canada's National Observer show that at least five times between 2008 and 2021, government scientists or Canada's international partners raised red flags about the health risks posed by chlorpyrifos and officials did nothing. Many of the staff who worked on the file remain at the agency.

For Bloc Québécois environment critic Monique Pauzé, the chlorpyrifos case raises questions about the ability of Canada's pesticide regulators to protect the health of Canadians when it might impact pesticide companies' profits. As the documents show, federal officials repeatedly downplayed research into the pesticide's negative health impacts and Canada's own modelling suggesting it could threaten Canadians' health.

"It's Canada's inability to take action on pesticides, even when there are known hazards associated with them," she said. She pointed out that Canada's pesticide regulator long delayed banning neonicotinoid pesticides even after research noted their negative impact on insects and biodiversity.

The other problem is the government's decision to phase out chlorpyrifos over three years instead of banning it immediately. This approach is standard practice when it comes to regulating pesticides in Canada, despite the potential negative impacts on health or the environment, she explained.

"It's a protocol that would be patently unacceptable in any other sector. Contrast it with how Health Canada treats (product) recalls, for example," she said. "We need to move to more of a recall mentality to address bad actors in the pesticide sphere."

Critics are calling for better oversight of Canada's pesticide regulator following revelations the agency repeatedly ignored red flags raised by its own scientists about the pesticide chlorpyrifos.

"Is chlorpyrifos the tip of the iceberg?" she asked. "We heard about glyphosate a few years ago. Now it's chlorpyrifos. What will be the next pesticide that we will be finding in our urine and our bodies … that is harmful to health?"

PHAC and federal governments have been denying, downplaying and ignoring the well-hidden epidemic of Lyme and tick-borne diseases in Canada and PMRA’s, Dr. Richard Aucoin is playing a key role by not allowing the sale of a safe preventive product, 0.5% permethrin spray for the prevention of tick bites. Nor will he allow some factory treated clothing for children or essential items such as socks No repellent works well against ticks and prevention involves wearing long-sleeved, long-legged clothing tucked into socks all of which should be factory treated with permethrin, a synthetic version of chrysanthemum. Ticks have to crawl up and just spraying your socks and foot wear with 0.5% spray will reduce tick bites by 73.6%. The spray will cling to clothing for 42 days or up to 6 hand washes. The factory treated clothing will remain effective for up to 70 washes. Permethrin is safe when used as directed. It is not absorbed by our skin but is neutralized by skin oils within 20 minutes. There is no reason to have a lining added to the factory treated clothing as demanded by Dr. Aucoin. He has failed to produce any substantial justification for his actions from the scientific literature.

Repellents such as icaridin or Picaridin [Piactive] are required on exposed skin. Frequent thorough tick checks are always in order. It only takes a few molecules so you might try 0.25% ant sprays as long as they contain permethrin. Don’t get the wet spray on the cat or spray clothing when pollinators are present.

Permethrin use is allowed on food crops such as corn and is found in ointments for head lice and scabies just not for ticks. Exposure risk to toddlers is 27 times below EPA’s level of concern. Permethrin is category B [showing no evidence of harm to fertility or fetus].

It seems there is no higher court of appeal and Dr. Aucoin doesn’t have defend his unjustified banning of proven preventive products. Even though there is international acceptance for safety and efficacy, some permethrin products are banned because he has demanded that they be tested for safety for Canadians. He will not set a limit on how long this will take nor how much he plans to charge the company. In this war, it’s the ticks that are winning.

Perhaps the decisions being

Perhaps the decisions being made at PMRA are similar to Canada's questionable choices in energy policy and are a reflection of the wishes and demands of industry lobbyists over sound independent science and advice.

I'm not sure I see what

I'm not sure I see what business profits from an agency RESISTING the use of pesticides. Whether rightly or wrongly, this seems like an example of the agency making decisions uninfluenced by what industry lobbyists would want. Except in the sense of (maybe) being a wrong decision, it's exactly the opposite of what the article is talking about.

I am advocating for the

I am advocating for the proper use of permethrin for personal protection against tick bites. I am not advocating the broad use of permethrin in the environment. It is a safe, non-persistent pesticide. You have likely used permethrin as a wasp or ant spray. 95% of the vector-borne illnesses in Canada are tick-borne. Ticks feed on rodents and the serious diseases they carry are multi-microbial in nature. Examples are anaplasmosis, babesiosis, bartonellosis, Powasan virus and Rickettsia along with other viruses and fungi. You are probably well aware of the mosquito-borne diseases which only account for about 5% of vector-borne diseases in Canada. Lyme is a multi-staged, multi-system disease that belongs in the same health threat category as HIV/Aids, Ebola, West Nile and cancer. It was mis-categorized as a minor nuisance disease when the long-term disability insurance industry red-flagged as being too expensive to treat. This is what happens when science bumps up against big business.

Canada along with other nations agreed to support the CDC and follow its lead on Lyme disease. The CDC is a highly conflicted organization and it gave Lyme disease to the 13,000 member IDSA to manage and control all the procedures around it. Shareholder preference now control medicine and shareholders aren't interested in cures, new vaccines or antibiotics. The paradigm of modern medicine is to palliate with expensive treatments that provide life-time annuities to the industry. The profits pay for research, medical schools and political parties. PMRA reports to Health Canada. PHAC, Health Canada, CIHR and the Pan-Canadian Public Health Network speak with one voice on the Lyme file but that is not a substitute for being scientifically correct. Lyme denial in Canada is what is required to insure the profitability of the long-term disability insurance industry in the U.S.

Possibly because it's toxic

Possibly because it's toxic to all insects, including pollinators, to fish, cats and amphibians??? Not to mention the youngest babies.
Isn't a prescription required for those treatments for head lice and scabies?
Also, many people are allergic (and highly so) to pyrethroids ...
They persist in indoor environments, and can be detected in housedust and on horizontal surfaces for years ... so one tenant's laundry winds up being another tenant's cat's or toddler's problem.
Things are often not as simple as they might seem.

However, it is also true that Health Canada has routinely avoided the science, in favor of accepting (essentially) corporations' word about their products ... in an environment where companies don't care so much about the *problems* with their products, as they do about designing and presenting research geared to getting them approved.

Shiv Chopra, one of those Health Canada scientists who objected to licensing of various products, and assessed the approval process as "Rotten to the Core" ... the title of a book he wrote about his issues with Health Canada. He said that companies treated the application fee as a licensing fee, and the decision-makers tended to agree with them.

And then, there's that revolving door between government, lobbyists, and oversight bodies.
Don't forget that chlorpyrifos was also generally accepted as safe. There are thousands of chemically-injured Canadians, disabled by organophosphates, organochlorines, carbamates, toxins in dryer and auto exhaust, etc., some of them from a young age.

If PAs have been successfully

If PAs have been successfully employed elsewhere, why is the BC Ministry of Health trying to reinvent the wheel? I get that it has to be carefully approached, but this is not a new idea and there are plenty of precedent systems to refer to. Why does innovation always scare government?

This may seem counterintuitive, but pesticides of any kind are not really necessary for agriculture. They are not really necessary for common use (by people in Canada).
The Guardian has an amazing report/article on soil and the amazing complexity and diversity that encompasses it. The article is Mind Blowing and well worth a read.
https://www.theguardian.com/environment/2022/may/07/secret-world-beneath...

Then please don't get bitten

Then please don't get bitten by an infected tick and then have to face the quagmire in our health system. Ticks can be found everywhere in Canada where song birds fly. Less than half of Lyme disease patients remember being bitten and less than half develop an identifiable rash of any sort. Not everyone develops a flue like illness. The flawed test is based on obsolete 1960's technology and misses at least 1/3rd of those that truly do have the disease but physicians haven't been made aware of this. Lyme is a clinical disease and must be diagnosed clinically but physicians are no longer taught how to do this. The result is that patients are disbelieved and the current advice is to treat them nicely, just get them out of the office and send them to whoever will make them feel better such as the physiotherapist.

Some years back, there was a

Some years back, there was a federal bill about Lyme Disease introduced by Elizabeth May and passed unanimously in both the house and the senate.
Since then, nothing seems to have happened.
In Canada, it winds up being (mis)diagnosed as MS. Canada has a higher incidence of diagnosed MS, and a lower incidence of diagnosed Lyme Disease than countries with similar climates and terraine, that use better diagnostic tests.

Hasn't the federal government stood in the way of regulating not just chlorpyrifos, but also glyphosate and neonicotinoids? Why, you could almost believe that Big Ag has worn out the carpets leading to the offices of involved cabinet ministers.