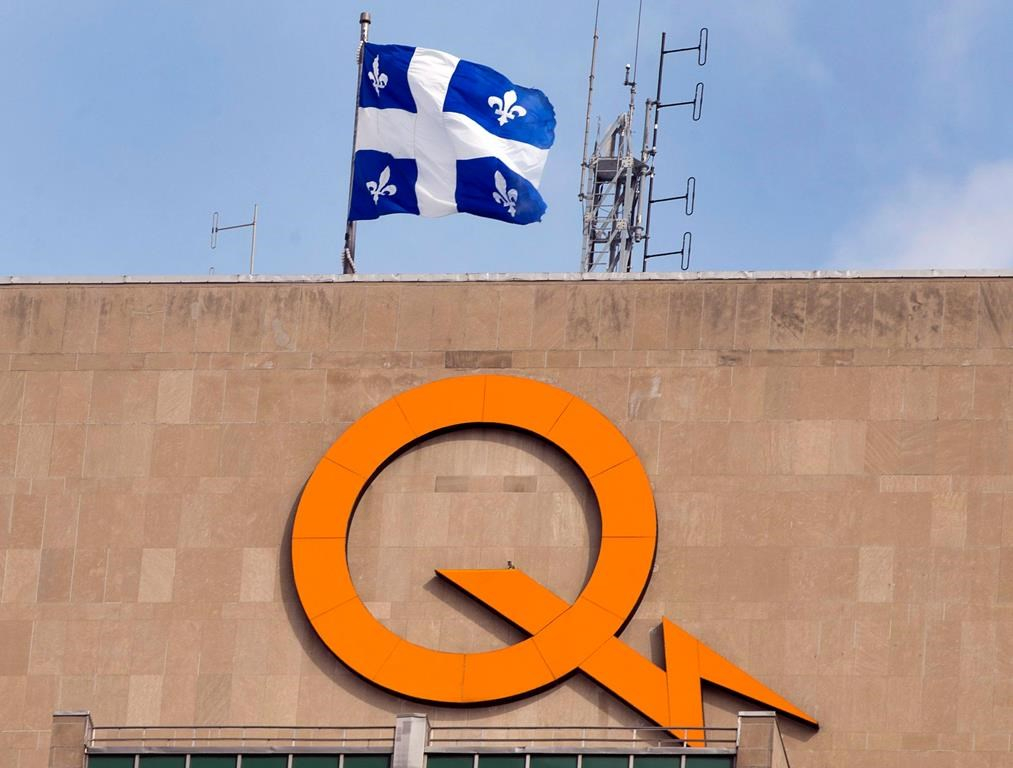 A Hydro-Québec logo is seen on their head office building in Montreal, on Thursday, Feb. 26, 2015. File photo by The Canadian Press/Ryan Remiorz
Previous story

A Quebec Innu community is suing Hydro-Québec for $2.2-billion, claiming the Churchill Falls hydroelectric station has destroyed a significant part of its traditional territory.

The lawsuit filed Friday in Quebec Superior Court by the Innu of Uashat Mak Mani-Utenam claims the megaproject’s reservoirs and more than 1,000 kilometres of transmission lines “flooded and destroyed” part of their traditional territory and disrupted the community’s traditional activities.

“The Churchill Falls megaproject has had devastating impacts on our people,” Innu Chief Mike Mckenzie said in a written statement on Monday.

The lawsuit also names as a defendant Churchill Falls (Labrador) Corporation Ltd., which operates the power plant and transmission facilities.

The band council says construction of the 5,428-megawatt station in Labrador and transmission facilities in the 1960s and early 1970s was done without the consent of the community near Sept-Îles, Que.

In its statement of claim, Uashat Mak Mani-Utenam alleges Hydro-Québec and Churchill Falls (Labrador) Corporation "illegally appropriated" Innu lands and has benefited for decades from the power generated there. “If Hydro-Québec is to be a responsible company, it must redress its wrongs and demonstrate its respect for our lands, our people, and our rights,” Mckenzie's statement said.

A 1969 agreement with Newfoundland and Labrador that allows Hydro-Québec to purchase the majority of the electricity generated at the station and reap most of the profits ends in 2041.

The community is asking the court to recognize its Aboriginal title to the affected territory and wants an injunction to prohibit the Crown corporation from making any new agreement without the participation and consent of the band council.

The community says it will continue to suffer harm from Churchill Falls as long as it remains in operation, and to compensate for future losses the lawsuit seeks annual compensation equivalent to 12.5 per cent of the profits Hydro-Québec generates from the megaproject.

The lawsuit contains allegations that have not been tested in court. Hydro-Québec spokesperson Francis Labbé declined comment on the specifics of the case, saying the matter is now before the courts. But he expressed hope that ongoing dialogue with the Innu would establish a relationship based on trust with the community.

"Hydro-Québec seeks to develop and maintain harmonious and mutually satisfactory relationships with Indigenous communities in the context of activities related to its hydroelectric generation facilities," Labbé said.

"Over the past decades, we have signed more than 50 impact and benefit agreements with various Indigenous communities in Québec."

In 2020, the Innu Nation of Labrador similarly sued Hydro-Québec and Churchill Falls (Labrador) Corporation Ltd. for $4 billion in compensation for the ecological and cultural damage caused by the damming of the upper Churchill River in the early 1970s.

Counting the costs and contradictions of the Trans Mountain pipeline expansion

"...the Churchill Falls hydroelectric station has destroyed a significant part of its traditional territory."

It's time to explore deep geothermal power. DGP is available anywhere where deep granite and basalt formations exist (e.g. the Canadian Shield), and doesn't rely solely on seismically active volcanic sites where the heat is more shallow and the groundwater is corrosive. There is comparably negligible surface impact and new transmission infrastructure can be piggybacked on existing transmission corridors. Serious R&D investments can result in profitable patents and exportable technology. Moreover, new drilling tech developed by the oil industry (e.g. plasma) can be employed as an olive branch to carbon industry organizations staring into the face of the transition to renewables.

Partnering with Indigenous people in such light-on-the-land projects could be a positive step in reconciliation. Consultation and full partnerships could be negotiated now, but governments and companies should acknowledge that the Innu, Cree, Salish and all Indigenous groups have the Constitutional right to say No, or require conditions on their terms if already covered by a treaty.

Indigenous communities in Labrador may be joining the Innu and Northern BC First Nations in court over Muskrat Falls and Site C. Quebec will likely pay out in the end, but governments tend to needlessly drag out the offensive legal wrangling and further damage the relationship with First Nations before a settlement is reached. Overall, it would be better for the healing process to admit fault and pay out for the damage initially caused by a lack of genuine consultation, and negotiate better alternative projects that will have a net benefit to Indigenous communities through full partnerships. That, and respect their right to say No. At least with DGP there are thousands of other sites to explore, including, in the right circumstances, within the boundaries of cities.