By Elizabeth McSheffrey | News, Energy | September 30th 2016
#518 of 2001 articles from the Special Report: Reports from the Race to a Safer World 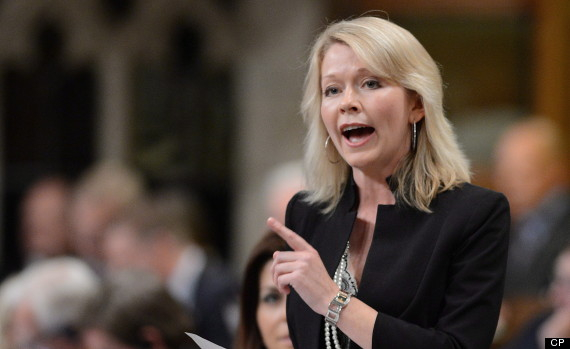 The federal Conservatives came out swinging against the Trudeau government on Friday for creating uncertainty and "chaos" in the energy sector after it approved a controversial liquefied natural gas (LNG) project in British Columbia earlier this week.

Manitoba MP and Opposition critic for natural resources Candice Bergen accused the Liberals of leaving industry investors in the lurch with a complicated mix of climate targets and energy policies, and questioned whether the 190 technical, environmental, and financial conditions imposed on the newly-approved Pacific Northwest LNG project were intentionally designed so they could not be met.

The comments came only hours after Reuters reported, citing unnamed sources close to the matter, that Malaysia's Petronas is considering selling its majority stake in the $36-billion Pacific Northwest LNG project as a result of plummeting market prices. Petronas initially signed onto the pipeline and terminal proposal for northwestern B.C. in 2012 through acquisition of Canadian natural gas developer, Progress Energy.

While Petronas has categorically denied that the allegations in the Reuters article are true, speaking with reporters outside the House of Commons on Friday, Bergen wondered whether the Trudeau government had been aware of the potential withdrawal when it issued the green light for the project on Tuesday, and appeared to hint that the project's economic instability may have been calculated in the decision.

"The federal government has created so much uncertainty in the energy sector, and with investors... now saying even though there might be approval with 190 conditions, are those — is it actually genuine conditions that they can meet?" she said. "So the Liberals have created this chaos."

The Pacific Northwest LNG project (PNW LNG) would be built on Lelu Island near Prince Rupert, B.C. and would ship 19 million tonnes of liquefied gas per year to markets in Asia while pumping more than five million tonnes of carbon dioxide annually into the atmosphere. It would be one the largest single greenhouse gas emitters in Canada, according to the Canadian Environmental Assessment Agency, even with the emissions cap imposed on it by Environment Minister Catherine McKenna.

After the approval earlier this week, Petronas said in a press statement it was "pleased," and would study the conditions attached to the project before deciding on "the next steps forward." It confirmed with National Observer on Friday that it will study the conditions for approval with its partners and conduct a project review before moving forward.

"Petronas categorically denies a newswire report saying it was considering selling its stake in in Pacific Northwest LNG," read an email statement. Petronas will make further announcement on its plans for the proposed project at an appropriate time."

Petronas's statement was confirmed by the B.C. Ministry of Natural Gas Development, which in an email to The Canadian Press, said it spoke with Petronas and was reassured that the oil giant would not be selling its stake in the multi billion-dollar project. The provincial government also said it expects Petronas to issue a statement shortly .

"As we eagerly await the result of this process, the provincial government will continue to work with the proponent, the federal government, First Nations and other stakeholders to ensure Pacific NorthWest LNG has the opportunity to deliver on its full potential — to make a positive difference for the thousands of people who rely on the natural gas industry now and into the future," said Natural Gas Development Minister Rich Coleman in a press release Friday.

"We understand Pacific NorthWest LNG will now take the time to assess the conditions that accompanied the federal approval and review every element of their proposal to determine the best path forward." 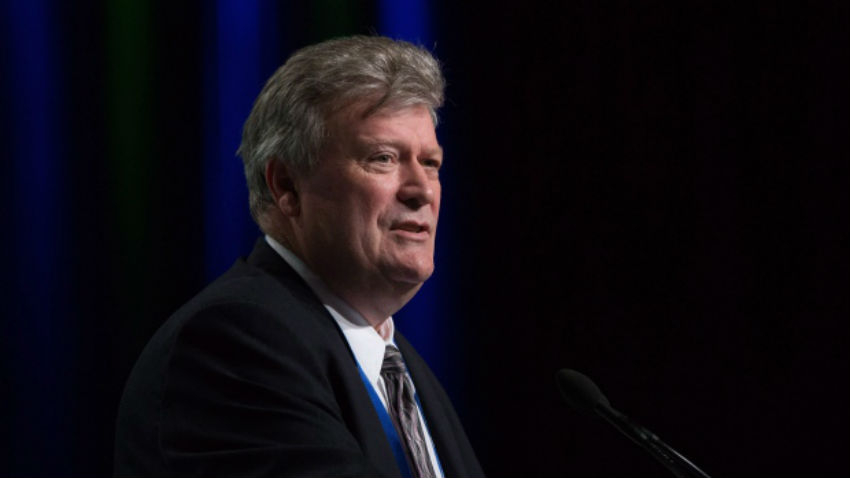 Rich Coleman speaks at the LNG in BC Conference in Vancouver on Wed. Oct. 14, 2015. File photo by Canadian Press.

Environment Canada sticks to its guns

Despite the ministry's confidence, according to Reuters, the Malaysian oil giant reported an 85 per cent slide in second-quarter profit last month, and described the 2017 industry outlook as "gloomy." The news agency also reported that since LNG prices have fallen more than 70 per cent in two years, Petronas may also consider freezing PNW LNG until the market bounces back.

"Every project is assessed and approved on its merits, and is done so using the best available science and evidence," she explained. "The Government’s responsibility is to create the right climate to attract investment and support job-creating business, and to do so responsibly, hence the rigorous environmental assessment and ensuing conditions on the PNW LNG project to minimize its impact on the environment."

Minister McKenna is travelling to Montreal on Monday to discuss a national climate action plan with the premiers, and the possibility of a pan-Canadian carbon price that, if approved, could send the costs of PNW LNG soaring. Economist Marc Lee, director of the Climate Justice Project for the Canadian Centre for Policy Alternatives, said as the "crunch around climate change" and push to reduce fossil fuel consumption intensifies, the market rebound that the project's investors are counting on could very well be diminished.

LNG market "in the toilet"

“I think all the major companies are, at the moment, cutting back their spending on mega-projects like this," Lee told National Observer. “My analysis is that the market for LNG is kind of in the toilet right now."

When PNW LNG was proposed more than four years ago, he explained, the LNG prices in Asia were much higher than they were in North America, creating incentive for Canada to target its natural resources there. But other countries had eyes on that market too, he said, and Australia, Russia, Qatar, the U.S. and others all managed to tap into it first. Russia in particular, has plans to build natural gas pipelines directly to China, despite sluggish economic growth curbing China's appetite for the product.

The result of the frenzy is an oversupply in the market, said Lee, that has cut overseas LNG prices roughly in half. Even if Canada already had an LNG operation up and running, he added, it would now be losing money on every single tanker load delivered.

“At prevailing prices, it costs about $10 to land a unit of LNG in Asia, but the market price is $4 to $5," he said. “The whole thing (PNW LNG) is a pretty big enterprise, so if you’re a consortium or corporate board, you have to justify laying down big money, and you’d have to be pretty sure that you’re going to be able to turn a profit on that over the course of the 30 or 40 years that you have operations.”

Lee said it's "not impossible" that Petronas could take a leap on the $36-billion project, but also predicted a flat LNG market for the next few years until new markets can soak up the surplus in supply. That analysis is sound, according to University of Ottawa economics professor Jean-Thomas Bernard, who agreed that it could take many years for the world to see the same kind of price differential between LNG in Canada and LNG overseas that created the development frenzy in the first place.

"At this stage, I don’t think (Petronas) is going to go forward," he said in a phone interview. "There will be no surge in price in Asia. This somehow removes the incentive to build facilities like that."

Not everyone agrees on the grim projection however, and Mark Oberstoetter, senior manager for Canada Upstream Oil and Gas at the international business and industry analytics firm Wood Mackenzie, said Petronas may very well hold its majority stake in the project and wait for the markets to return. It's possible that in several years, the project's building costs might even be cheaper, he explained, in which case "it would make a lot of sense" for the company to wait rather than sell.

"Petronas specifically is a huge LNG portfolio player," he told National Observer. "They’re actually in a period of growth where they’re going to have a lot of un-contracted LNG supplies, really growing through now until 2020. Our party line is that LNG markets and Petronas at a corporate level don't need this to happen quickly. We will see Canada LNG, but the timeline for that is in the mid-2020s."

In the meantime, he added, much of Petronas's free cash will be spent paying dividends to the Malaysian government. Pacific Northwest LNG did not return requests for comment on the project's unstable future in time for publication of this story.

By Elizabeth McSheffrey | News, Energy | September 28th 2016
Reports from the Race to a Safer World

By Kairn Carrington | Opinion, Politics | September 28th 2016
Reports from the Race to a Safer World

By Gemma Karstens−Smith | News, Energy, Politics | September 27th 2016
Reports from the Race to a Safer World

Thats nonsense. There's not a

Thats nonsense. There's not a single one of the 190 conditions Petronas couldn't meet - and easily. I doubt that Ms. Bergen would know diddly about LNG, its technology and costs. So I do hope she stops this disingenuous spin- doctoring.... it only serves to demonstrate the lack of any responsible policy on the part of her party.

Based on their record as

Based on their record as legislative hooligans under Stephen Harper, Cons like Candace Bergen should not even be in the House of Commons much less criticizing the policies of the current government. Her fellow legislative hooligan Ron Ambrose suggests that Trudeau should “champion” this LNG project. For a Harper Con, “champion” means providing billions of dollars of subsidies to the oil and gas industry. This is obscene in terms of any kind of greenhouse gas goals the country may have. In fact, to regain credibility, the Conservative party will have to rid itself of all of the Harper Cons. They have no credibility on anything.

When Bergen talks about creating uncertainty it has to be regarded as some kind of attempt at humor since the government she was part of didn’t managed to get a single large project through and 10 years. Uncertainty has to be better than nothing from an industry perspective.

At this point, the project is not practical. Perhaps Bergen believes that the Canadian government is single-handedly responsible for the fallen natural gas prices. It could easily reflect her type of thinking which is completely ideologically based. The oil and gas sector need something - give it to them
.
This does not by any means condone the decision of the current government. In my view it is atrocious to say nothing of hypocritical. One day Trudeau is pointing out to the Royal visitors the beauty of the Great Bear Rain Forest and the next day he is announcing approval of the rape of the same forest.

During the 2015 federal election campaign, the Liberals promised to review the Harper environmental legislation and the National Energy Board. To date they have done neither and are allowing projects to be evaluated on the Harper standards. Most of the work done by Environment Canada was done under Harper rules and its conclusions are at least suspect.

In my view, the best outcome would be for the price of natural gas to continue tanking for the next 15 years at which time hopefully many green technologies will be available. In the event that the project does go ahead, I hope it is done with another company then Petronas. The president of that company has a fairly poor reputation when it comes to the environment and indigenous people, particularly in countries not his own.

Markets will drive the

Markets will drive the decision to build or not build. At currant prices this project is DOA. And that's a good thing.