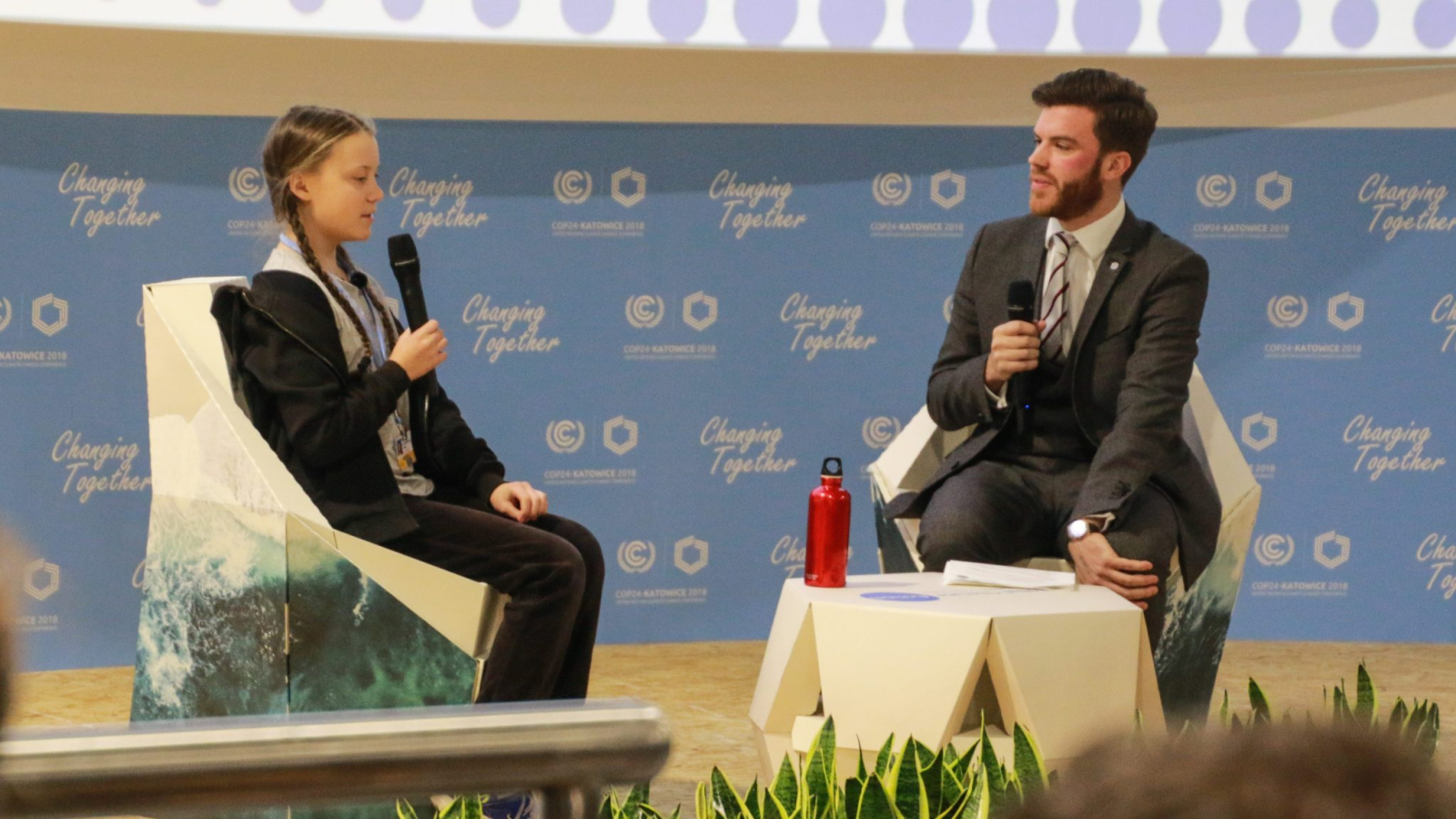 When COP24 comes to an end next week, the icon of the climate talks may not be coal, Arnold Schwarzenegger, or even the ever-present risk of total climate catastrophe. Rather, its symbol could end up being a 15-year-old with long blond pigtails.

In three short days in Katowice, Poland, Swedish teenager Greta Thunberg has addressed the Secretary-General of the United Nations, spoken at a panel hosted by the World Bank, and received a standing ovation at the Action Hub, an amphitheater set up by the host for less formal discussion. She’s being shuttled from event to event with the type of press attention normally reserved for the British naturalist and TV host Sir David Attenborough.

All this attention is for one simple reason: For the past few months, Thunberg has left school every Friday to sit outside the Swedish parliament building in Stockholm, conducting a sometimes solitary protest against her government’s slow movement on climate change. Inspired by the national student walkout in the U.S. against school shootings, in the wake of the tragedy in Parkland, Florida, she decided to take similar action.

“I will sit there every Friday until Sweden is aligned with the Paris agreement,” she told a packed auditorium in Katowice. Thunberg is small and slight, and could pass for a much younger child. Diagnosed with Asperger’s and ADHD, she often sits with a slight slouch, wearing a dark zip-up hoodie.

She cuts a strange figure, wandering around the Polish arena and exhibition hall Spodek amid suited delegates and dignitaries. But when she speaks, she cuts through the jargon, the bureaucracy, and the frustration of an international conference where the most important negotiations take place behind closed doors.

“I expected it to be more action and less talking — it’s mostly just small-talking,” she said on Wednesday. “This is an amazing opportunity. But if it continues the way it is now, we are never going to achieve anything.”

It’s the most striking summation of the COP so far. Behind the rhetoric of a socially responsible energy transition, behind the host city’s coal displays, increasing numbers of activists are wondering: Where is the action?

And after all of her meetings with prominent politicians — both from Europe and around the world — Thunberg is not particularly impressed. “A politician’s job is not to save the world, or have radical climate politics; a politician’s job is to win elections and get votes,” she said flatly. “And today, you don’t win elections and get votes by telling the truth about the environment and climate.”

“I expected it to be more action and less talking — it’s mostly just small-talking," Says 15-year-old Greta Thunberg about #COP24 This is an amazing opportunity. But if it continues the way it is now, we are never going to achieve anything.” #climate

For all those following the climate crisis, Thunberg is both an inspiration and a warning: Sometimes we need a 15-year-old to tell us the truth. And the truth isn’t always pretty.

Well, if Asperger's and ADHD

Well, if Asperger's and ADHD can produce this kind of thinking and speaking, we should all be so afflicted!